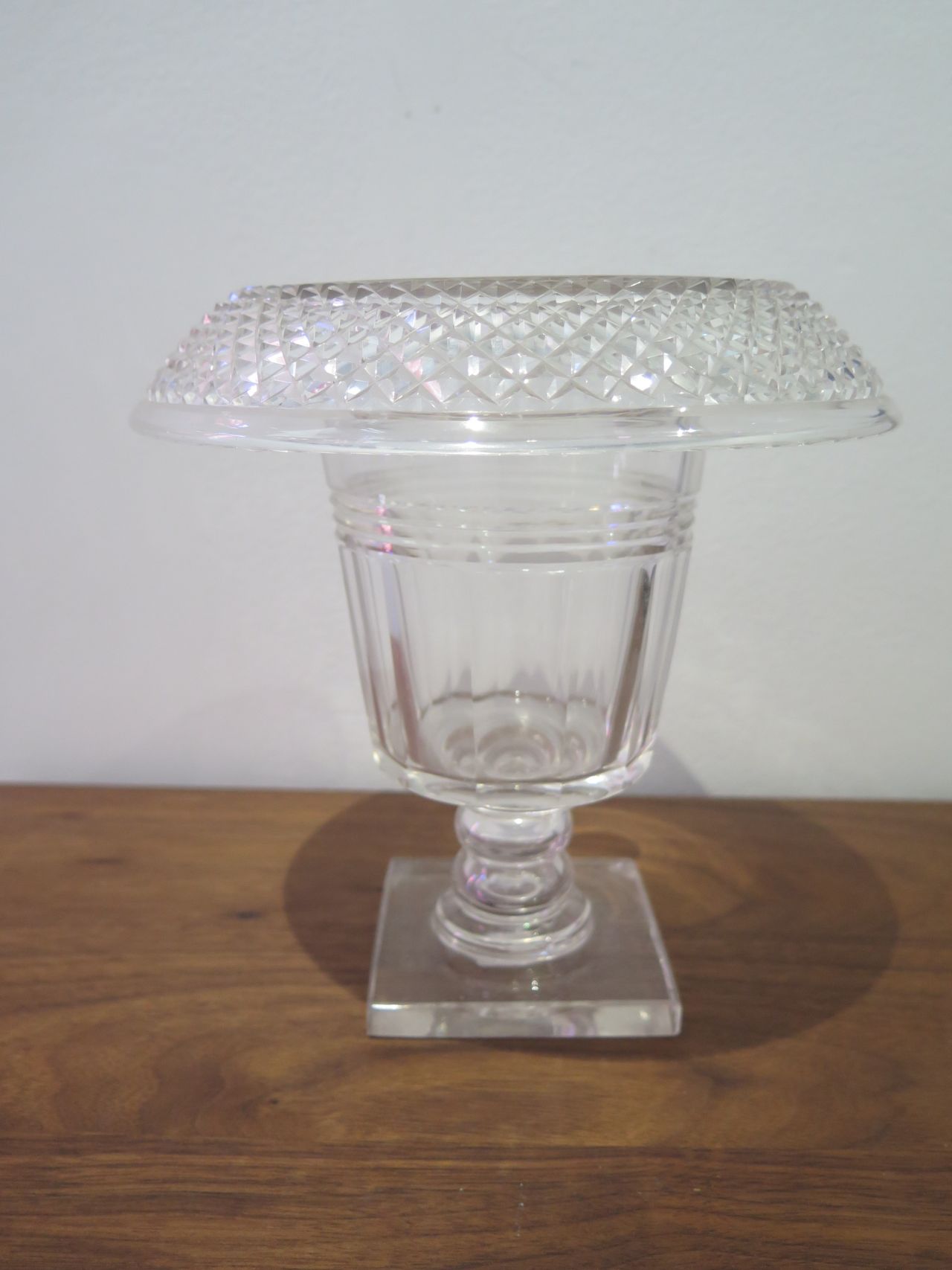 As a new guide at The Johnston Collection, I am regularly encountering fascinating objects on my probationary tours of Fairhall.

To my Gen Y eyes I am amazed and beguiled at the variety, ingenuity and the downright unfamiliarity of some pieces. Take the regency style celery vases for example, last displayed in Green Room during Martin Allen’s rearrangement earlier this year, not an item you are likely to encounter in twenty-first century kitchens and dining rooms.

I was quite surprised to discover that celery, what we know as a common everyday household vegetable, was treated like the caviar of its day or something you might find on the menu of a three-star Michelin restaurant. It was quite a challenge convincing visitors that in the 19th century stalks of this leafed “delicacy” were displayed in ornate water glass vases on stylish dining table decorative arrangements, like breadsticks are in some French or Italian restaurants today.

The Johnston Collection’s pair consist of an everted shaped rim and faceted on a plinth base. The regular motif of raised studs on the rim of the vase gives the impression of an all-over arrangement of raised dots forming a bumpy texture. This is known as a hobnail pattern because it looks like the short-headed nails sometimes used for studding shoe soles. A hobnail pattern is created by blowing the glass vase into a mould, or alternatively is achieved by pressing the glass into a mould.

The bowl component of the celery vase would have held celery sticks in fresh water and is likely to have been made by the method of press moulding using a hand-operated machine. Two glassmakers were usually required to shape a measured quantity of hot glass in a heated metal mould. By pressing a lever, a metal plunger was lowered into the glass, forcing it into the patterned mould you see on the finished product. This technique for manufacturing elaborate glass was first developed in the United States in the early 19th century and spread to England and continental Europe.

Celery vases were one of many types of glass dishes designed to suit a particular food in the late 18th and 19th centuries. As the Victoria & Albert Museum notes, “extensive glass table services became increasingly popular towards the late 19th century.” Interestingly, The Johnston Collection has also recently acquired a pineapple dish to join our pair of elegant celery vases.

Today, celery vases remain widely available and relatively cheap on the antique market … so be on the outlook for oversize parfait glasses. You could use them for holding flowers, spoons, bread sticks, or if you are feeling a little fancy even for celery for your next dinner party!