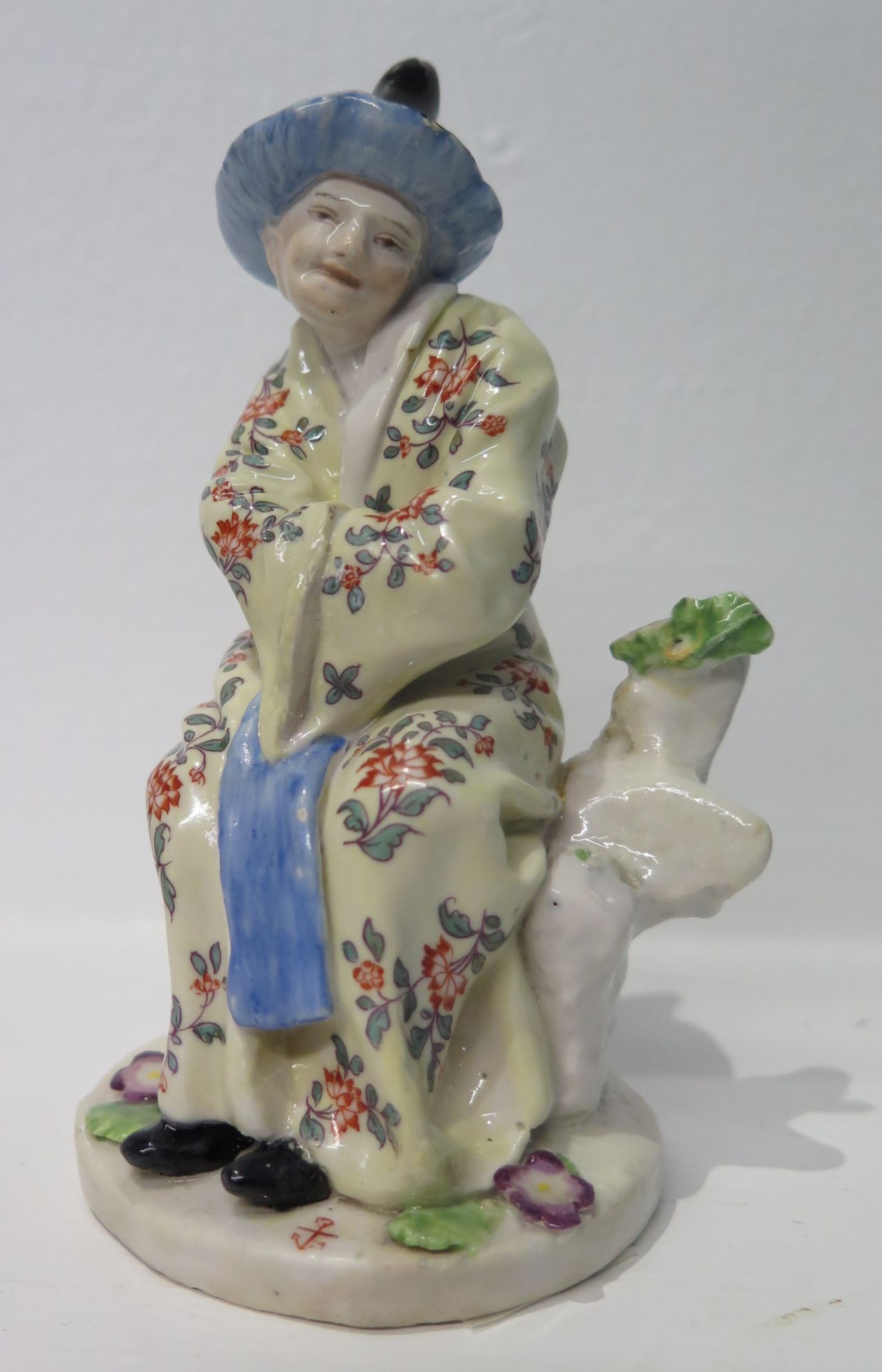 When Nicholas Sprimont (1716-1771) established his small porcelain factory in London’s fashionable Chelsea, his clear aim was to develop a clientele among the aristocracy.

From a hard-working Huguenot family and originally a silversmith, Sprimont noticed the growing popularity of oriental porcelain in England and the spirited response of manufacturers on the Continent. By 1745 he had assembled a team of artisans whose efforts produced soft-paste porcelain with an attractive, waxy glaze. Chelsea went on to become arguably the most notable, and the most expensive, porcelain manufacturer in England during the 18th century.

Not surprisingly, the earliest items tended to be based on silver shapes or copied from a collection of Meissen items owned by the English Ambassador to Saxony. Paradoxically, Sprimont later implored the British Government to curb the importation of porcelain from Meissen. During the late 1740s, Chelsea produced utilitarian wares such as jugs, salts and sugar boxes but few purely ornamental items.

By 1749 the business had expanded to the point that new premises were required and Chelsea wares began to be marked with an anchor - at first incised into a raised pad, and later painted in red, occasionally blue or brown and finally gold. Production techniques were also improved, including better kiln performance and the introduction of a rich, smooth and whiter glaze which led to so-called Chelsea moons lighter spots of semi-transparency shown up by transmitted light.

Decoration in the early 1750s was restrained but varied, including underglaze blue for utilitarian items, Japanese-inspired Kakiemon style and the famous and popular Fable representations as well as a continuation of Meissen lookalikes. Bowls, baskets, jugs, mugs and dishes were painted with flowers, leaves, fruits and vegetables, animals, butterflies and other insects. Tureens were made in various shapes and sizes and figures in a wide range of subjects became an important part of Chelsea’s production. Many important ceramic artists were employed but Sprimont also encouraged young people entering the workforce.

Vases became part of the factory’s regular output after 1755. They were embossed and over-glaze painted with enamels in flamboyant colours and lavishly gilded. The gold anchor period (1756-1769) saw more elaborate decoration, typically in the rococo style. This period also featured Chelsea toys, small seals or scent bottles often mounted in gold or pinchbeck. The late 1750s was perhaps the apogee of Chelsea artistry. Though proud of his achievements and his wealthy customers, Sprimont was altruistic and seemed little interested in accumulating personal wealth.

From 1757 the firm faced financial difficulties. The Seven Years’ War began in 1756 and saw the decline of Meissen and the rise of French influence as France’s ceramic heartland moved from Vincennes to Sevres. Sprimont himself became ill in 1757 and his business partner and original financier Sir Everard Fawkner died in 1758. However, the firm continued to produce beautiful, high[1]quality items after Sprimont’s final departure in 1769.

The lease of the failing Chelsea factory was purchased by William Duesbury (1725-1786) the owner of Chelsea’s arch rival Derby, in 1770. Production in the Chelsea-Derby period continued in fits and starts until 1784. Thus, the tradition and unique style of Chelsea porcelain gradually gave way to Derby influence. However, the consummate artistry and meticulous finish of Chelsea porcelain continues to attract discerning collectors to this day.