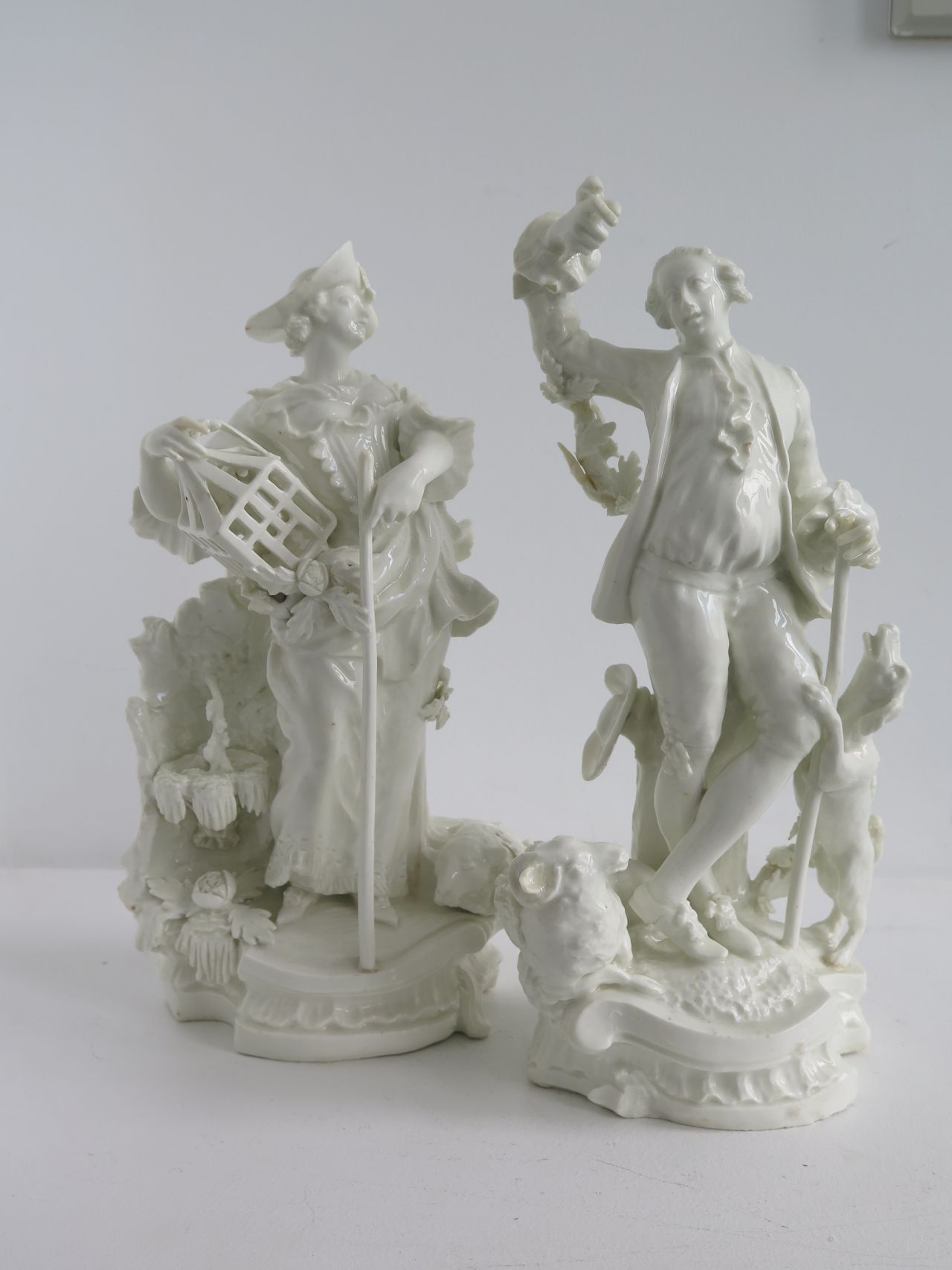 Dear Editor, I appreciated reading the informative article on the history surrounding the recent acquisition of the Bow porcelain, Shepherd & Shepherdess, in fairhall 24. It really made me dwell on the making of sculpted porcelain figures in the 18th century.

I love the idea of these types of porcelain figures, that replaced sugar statuettes as table decorations, to be handled or appreciated at close range, were an integral part of elaborately laid out and adorned dinner table settings.

I love the meanings that these objects can hold. It made me think that, after looking at the NGV exhibition Eighteenth-Century Porcelain Sculpture held in 2017, while “porcelain figures are often thought of today as merely ‘decorative objects’ some can also represent the social constraints, and have symbolism that plays with these ideas.”

It is interesting to also consider that if these porcelain figures followed established symbolic visual culture found in the fine arts, especially paintings. A shepherd and shepherdess would have performed not only as decoration for the dining table, but also as ‘conversation pieces’ forming part of the dessert meal.

For nobles and aristocrats leading lives bound by strict convention, protocol and restrained by social norms, “the dream of an Arcadian ideal, where innocent rustic folk lived simple lives in harmony with each other and with nature” was appealing to fantasise about - albeit played out in the puritanical form and whiteness of clear glazed porcelain.

‘Conversation pieces’ like this could provoke prospects of rural bliss allowing those seated at table to imagine the release in being, or being, members of the lower social and rural classes. (Some upper and middle classes did disguise themselves in pastoral dress and play out roles at masquerades and entertainments.)

So, onlookers may be able to visualise themselves as this sweet country Shepherdess for example. Surrounded by attributes such as a strident walking stick, roses in-full-bloom at waist and feet, she appears to step merrily away from a surging grotto. Her flock, or at least the Shepherdess’s accompanying lamb, most likely an ewe, lies down at her side resigning itself to watch the fate of the unfolding scene play out.

Perhaps startled, the simple Shepherdess glances back to see that her released bird has flown from its caged confinement into the hand of the pursuing Shepherd. She points to her now empty cage in reaction of her (was it careless, purposeful, a tease), liberation of the bird as her part in this frolic.

The upstanding Shepherd, surrounded by his attributes of faithful dog, strong staff and his potent tree trunk, has opportunely swooped and grabbed hold of the Shepherdess’ bird into his quick hand. His hunting dog, barking in excitement by the prospect, leaps up to see what this game is all about.

We might reckon that the faithful (domesticated) shepherds’ dog may connect the noble man at table to this rendition of a rustic shepherd. Those dining would be well aware that domesticated dogs were, by this time, depicted to symbolise guidance, protection, loyalty, fidelity, watchfulness, and love. Just as the lamb is not only sacrificial but may also symbolise gentleness, purity and innocence itself. The caged bird was an established representation of the social constraints of marriage.

As ceramic historian Peter Bradshaw says, “… the Freudian innuendo [in this work] is abundantly clear”.

I admire the way in which these pieces can be read in many and various ways. Who represents Liberty and who is Matrimony? Is it the Shepherd or Shepherdess who has lost their liberty in pursuit of, or flight from, marriage? This reflection on human affection is timeless and is what makes these pieces so intriguing and beguiling still. Thanks for making me think on and enjoy the meaning of their allegory.

This article was originally published in fairhall, issue 25, October 2018, pp 38.