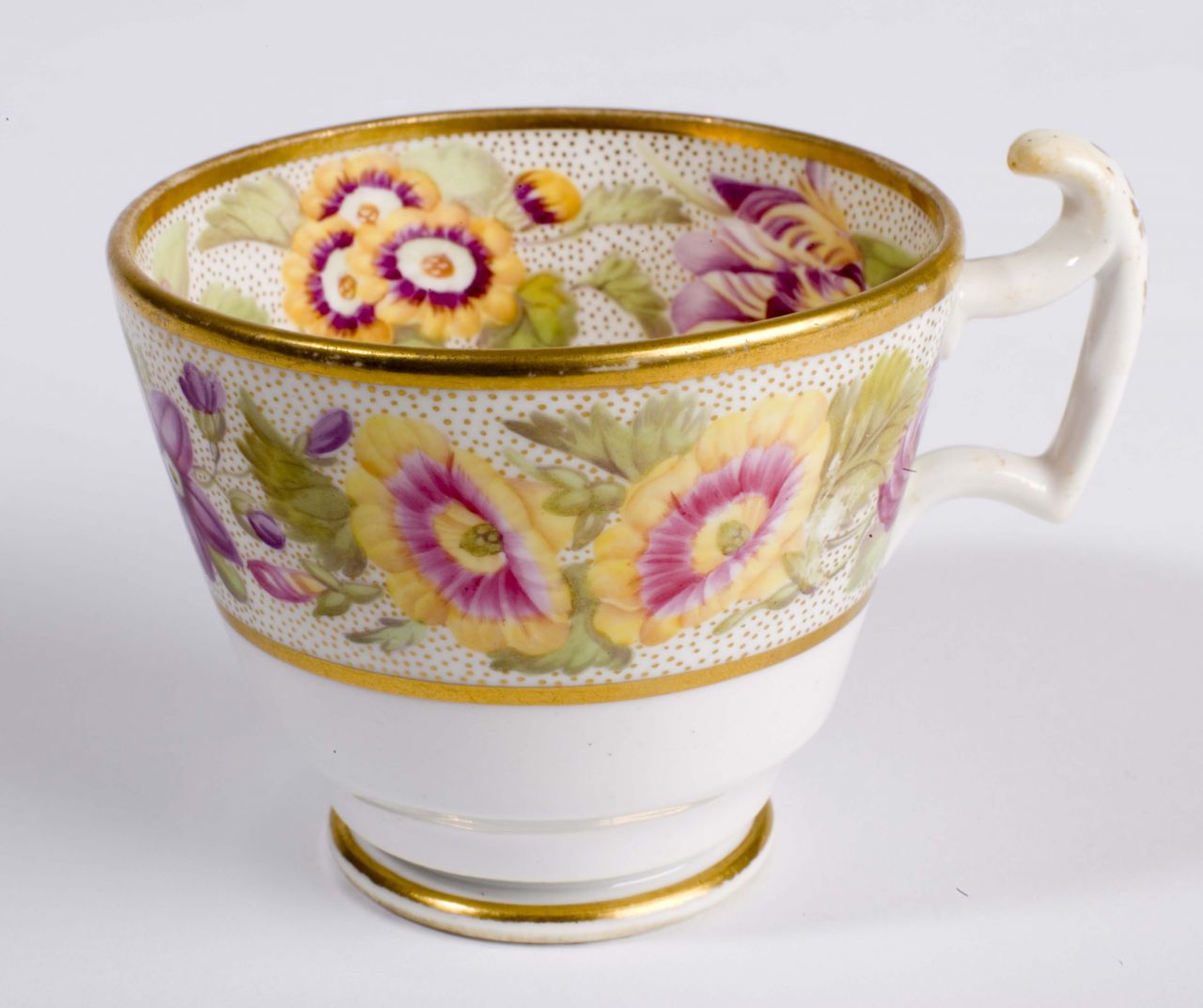 William Johnston was given a small Minton cup by his grandmother when he was about 8 years old. he kept it all his life, later recalling that this cup started his passion for collecting.

Dr Duncan Langford, an English author and collector / researcher of Minton China, has recently ‘discovered’ our Minton cup. He had only ever seen examples of pattern # 871 in the factory pattern book and having read our information on the cup, offers some of his own research.

Where we have previously noted that 1810-11 is the First Period of Minton, Dr Langford suggests that circa 1800–1816 is now considered to be correct. Dr Langford has also put the cup’s production date a little later than 1811, and now dates it possibly being produced around circa 1815.So, William Johnston’s beloved cup is possibly the only known example making it quite rare and a little bit more famous!