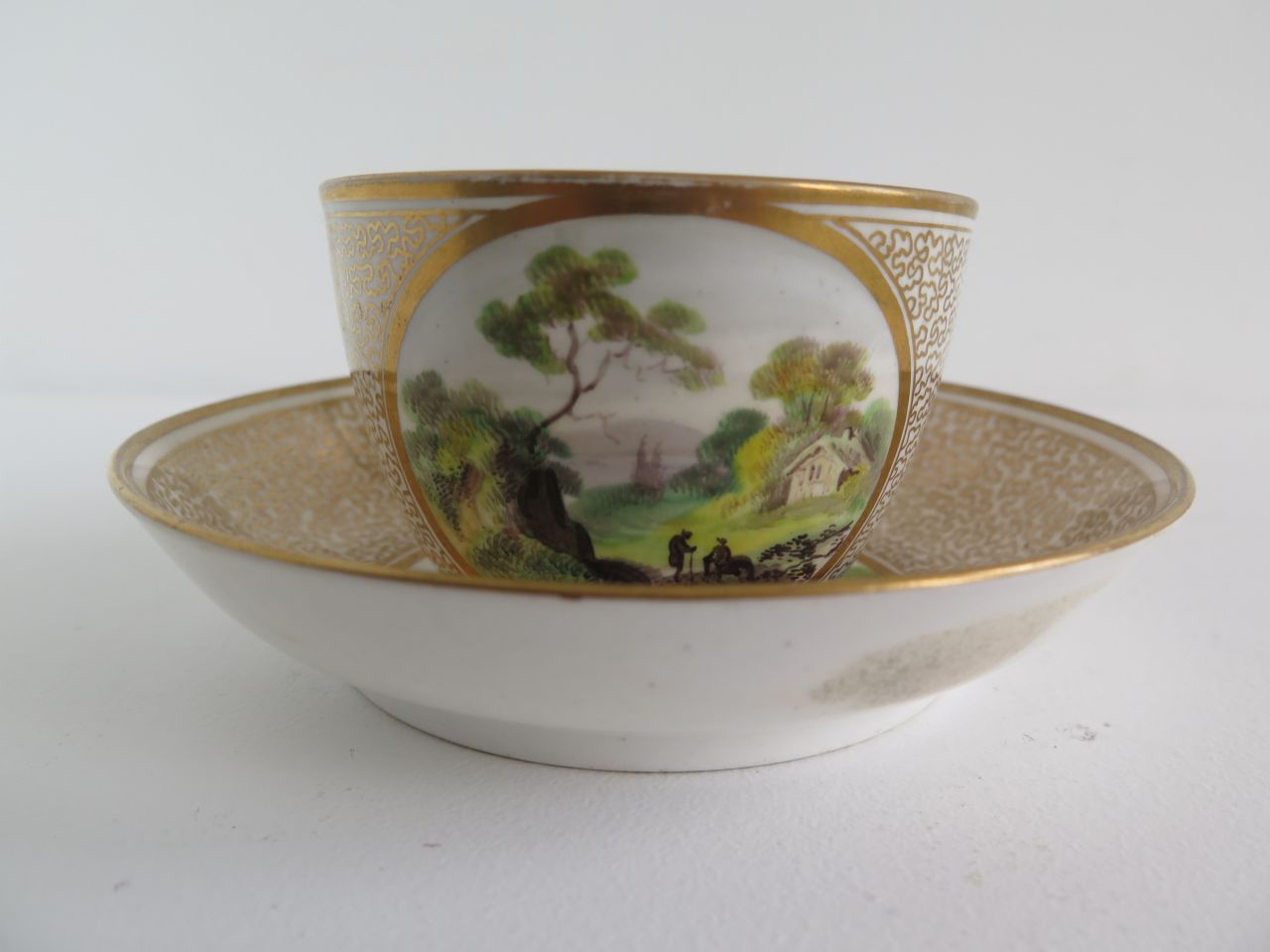 Pinxton porcelain would appeal to anyone who has a penchant for delicate ceramics but who also enjoys the fun of the chase or the detective work involved in solving mysteries.

This is partly because the best wares were produced in just three or four years, did not often carry a recognisable mark and are regularly confused with the work of other potters, notably those in Derbyshire.

The factory began production in 1796 at Brookhill Park, just north of Derby and at the head of the newly-created Cromford canal which provided an avenue for raw materials and shipment to the trade. The property was owned by John Coke who had earlier lived in Dresden, Saxony. When he discovered a fine, white clay (presumably kaolin) at Brookhill Park, Coke had sought advice from William Duesbury – the owner of the famous Derby pottery - about setting up a rival factory. Not surprisingly Duesbury advised against it.

However, Coke, then in his early 20s and by no means experienced in business, decided to go ahead, no doubt partly because the colourful and opportunistic William Billingsley offered his services. Billingsley had been trained at Derby, so when he moved to Pinxton to be works manager he brought with him some important secret recipes for the ceramic body as well as his consummate artistry, especially in flower painting with enamels.

Although the early Pinxton recipes were difficult to control in the kiln, resulting in a high wastage rate, the teawares and other items that survived were translucent, with a fine, light quality and a soft, bright glaze. The shapes are elegant and the decoration restrained, featuring botanical patterns and charming country scenes often enclosed in a gilt border. The emphasis was on tea and coffee services because they tapped into the popular taste in the late 18th century. Many of the more prominent ceramic painters copied the work of other artists, and much of Pinxton’s production was decorated elsewhere, especially after the ever-elusive Billingsley departed to set up his own studio at Mansfield in 1799.

Following Billingsley’s departure, Pinxton’s fortunes began to decline even though Coke found a new business partner in Henry Bankes, whose financial backing carried production forward until at least 1803, and a new decorator in John Cutts who remained until the factory finally closed in 1813. Coke himself quit the business in 1806 to devote his business life to coal mining and his personal life to the bride he married that year.

It is little wonder that Pinxton has a special place in the hearts of serious porcelain lovers. One authority described it as the “most distinctive and distinguished of all English porcelain” and claimed that the “Pinxton Roses” design was a favourite of Queen Elizabeth II.

With such a short and fractured history to contend with, how would a collector track down and identify a piece of Pinxton? The most comprehensive work is probably The Patterns and Shapes of the Pinxton China Factory by Nicholas Gent (Nottingham, 1996). That work illustrates many of the patterns and landscapes found on Pinxton wares and the distinctive, indented or notched handle shapes as well as the rare Pinxton marks and pattern numbers.

Is there a piece of Pinxton in The Johnston Collection? Perhaps not, however a bute-shaped cup and saucer, part of a bequest by Mrs Alwynne Jona OAM, was originally believed to be Pinxton. That beautiful item was later reattributed to the Miles Mason factory (1752-1822) and is an example of Mason’s best work. But that is another story.