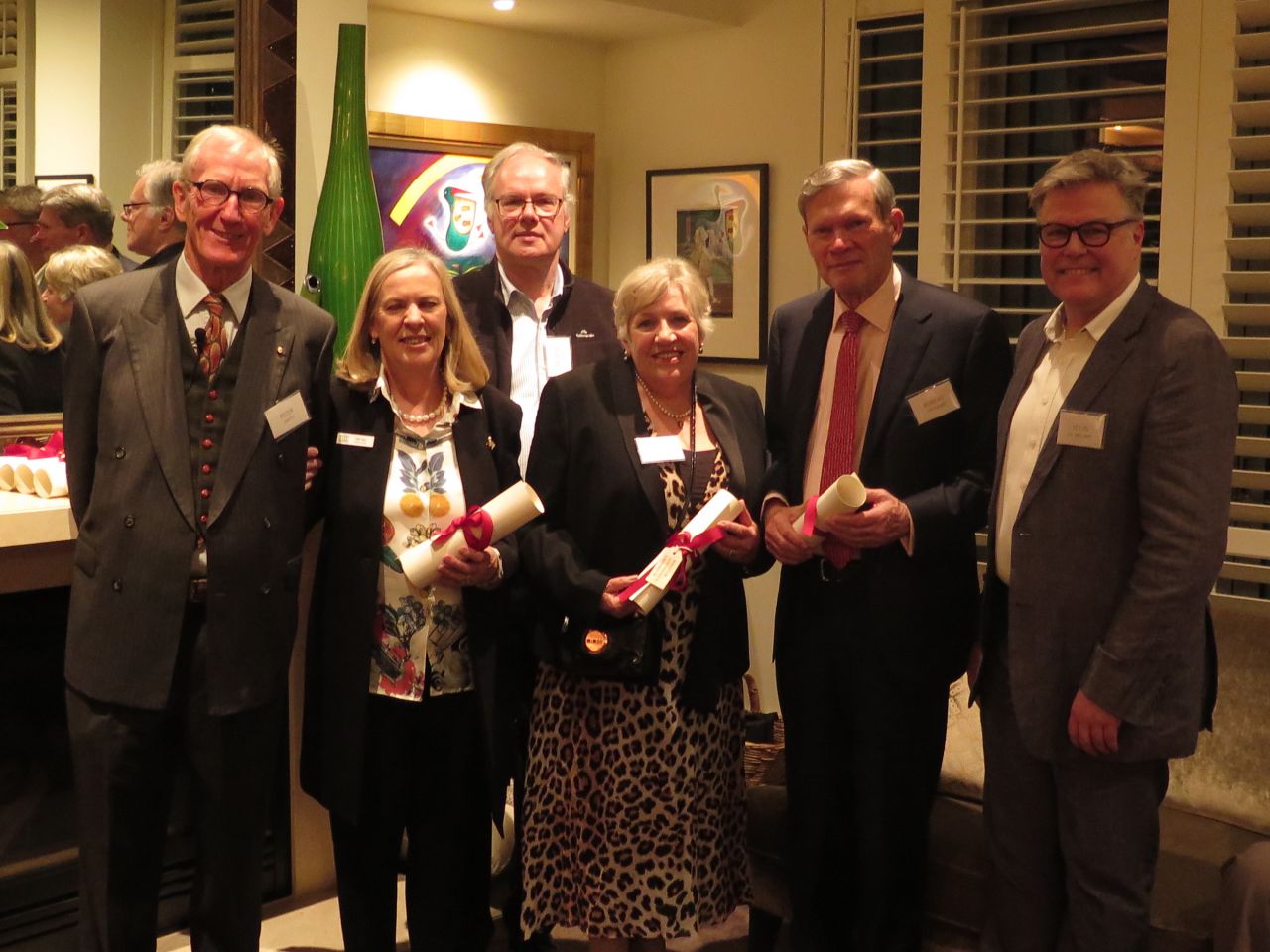 The Trustees of held a reception at the residence of Dr Graeme L Blackman AO and Paulene Blackman, Melbourne to mark the creation of The Friends on Thursday 27 June 2019.

The Friends quickly became an integral part of The Johnston Collection, forming a social network of members who support the world of art, design and architecture. Many of our inaugural or earliest members are still supporters, if not as active as they once were.

Apart from the social aspects of attending events, making new friends and visiting private and public collections, houses and gardens, The Friends members play a vital role in assisting in the care of such an important historic building and a superb collection.

The Committee have organised hundreds of events to enlighten, engage and entertain members whose commitment gives a very special character to The Johnston Collection, that of warmth and real friendship.

This achievement in itself could be regarded as enough but The Friends have raised over $443,000 of funds over these 20 years.

Funds which have been used for new acquisitions for the permanent collection including a Redware teapot by the Pomona works (A1269); which formed part of The Friends 10th Anniversary celebrations, and recently the figure of Henry Woodward as ‘the Fine Gentleman’ (A1416).

Many new publications for the Reference Library have been purchased including the long out of print MINTON: The First Two Hundred Years of Design and Production by Joan Jones. Since 2009, The Friends have subscribed to Apollo, The Bard Journal of Decorative Arts, Selvedge and the V&A magazine.

Conservation projects in Fairhall and of collection items have been on-going, including a rail hanging system for wall works, the new compactus storage furniture for the small decorative pieces on site, which keep safe collection items, and currently the project of cleaning the chandeliers.

Museum equipment, including the lectern, digital camera, data loggers, a defibrillator and disaster supply bins, are some of the behind-the-scenes projects which contribute to the smooth running of The Collection. 2010 saw The Friends underwriting the purchase of our online booking system which made The Collection more available to visitors, from local through to international.

In 2014/15 The Friends provided outstanding and very generous support towards the revitalisation of the administration building with a significant contribution in excess of $70,000 which included new furniture and light fittings for the public spaces; stackable and storable chairs for the Kent Room (see also fairhall 14, pp 10).

The Friends have also provided ongoing support to the OPENING DOORS fundraising campaign since 2015 and are Digitisation Champions for TJC Online project.

All of which adds up to an incredible and exciting first 20 years.

Undoubtedly, without The Friends we would not be able to provide such access to a world of artistic creativity and present stories relating to William Johnston’s extraordinary gift to the people of Victoria.

Certificates of Appreciation were presented for their role

AS LONG-SERVING MEMBERS AND MAJOR DEVOTEES

AS PRESIDENT OF THE FRIENDS

AS RECURRING SUPPORTER OF THE FRIENDS EVENTS