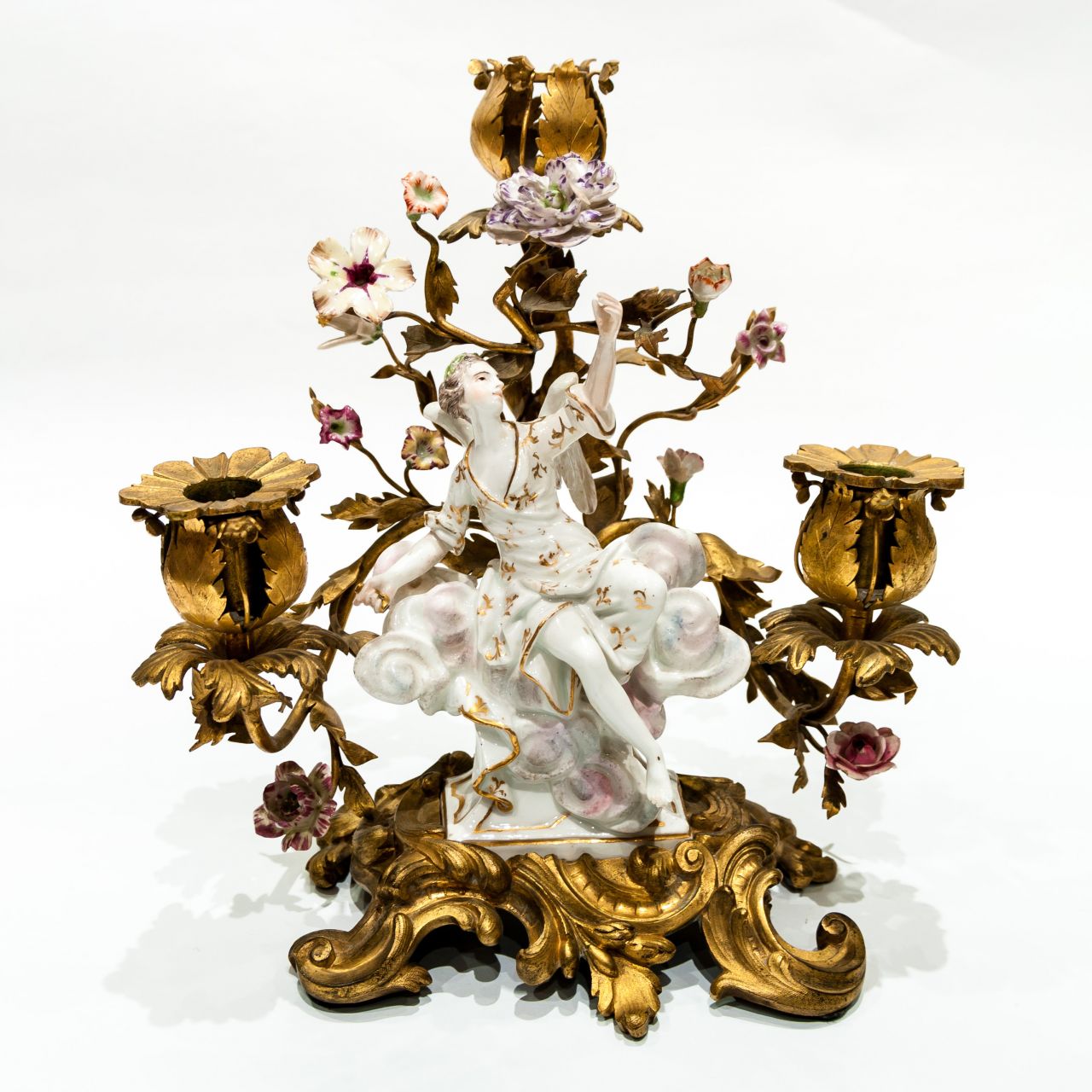 Standing alongside Wedgwood, Worcester, Spode and the other great British ceramic manufacturers in terms of quality and artistry, one German factory eclipses them all for its historical importance and longevity.

Like its British counterparts, Meissen began life in the early 18th century partly in response to the invasion of the European market by Chinese porcelain. The first successful production of hard-paste porcelain in Europe grew out of experiments in alchemy encouraged by Augustus II, the Elector of Saxony, and conducted by Ehrenfried von Tschirnhaus and the more famous Johann Böttger.

The Meissen factory began manufacturing in 1710 and by 1713 it was producing delicate white porcelain imitating the Chinese style and the established European silver shapes. Although Böttger’s recipes were closely guarded in Albrechtsburg Castle, Meissen’s initial success soon energised other experimenters and manufacturers in Europe. After Johann Gregorius became director in 1720 its repertoire extended further to exquisite items decorated in multi-coloured enamels, depicting evocative landscapes, port scenes, flowers and animals as well as Chinoiserie.

Statuettes and figurines were also produced by Meissen from the mid-18th century, together with a famous range of rococo styles after Johann Kaendler was engaged as a designer. Further changes in manufacturing technique and styling came with the rise of neoclassicism in the 1760s when Meissen even went to the extreme of importing a model-master from France.

The 19th century saw the introduction of the so-called Second Rococo period which included Meissen’s unique lacework detail and new forms of floral decoration. At this time their figurines were called Dresden porcelain in England. Even in more recent times, while adapting to some extent to modern trends including Art Nouveau, the factory continued to produce exquisite items designed in the 18th century. Throughout its history Meissen’s rarity and cost has meant that it has appealed to collectors in Germany, Russia, France and England as well as other European countries and later the United States and of course Australia.

Among Meissen’s famous dinnerware designs are the Swan Service (1737), New Cutout (involving plates with scalloped edges – 1745), Blue Onion (1739), and Red Dragon (a version of which was used in Hitler’s Kehlsteinhaus retreat). Several pieces of Meissen are to be found in The Johnston Collection. One is of a porcelain jug, circa 1774 (A1293-2013), with a loop handle, gilt border, and painted floral decoration featuring a rose and tulip. The other is a candelabrum, circa 1790, (A0628-1989) the figure in porcelain representing Victory, set in an ormolu mount with branches and flowers (one of a pair).

The Meissen factory has always been state-owned, first by the Elector of Saxony (later King of Saxony/Poland) then from 1830 by the State of Saxony. After World War II, and even though much of the equipment was sent to the Soviet Union, Meissen was again in operation by 1946, its production sent mainly to Russia.

From 1950 the German Democratic Republic declared its owners to be “The People” and it returned to profitability. Finally, after German reunification in 1990, ownership was restored to the State of Saxony. This great manufacturing enterprise somehow survived three centuries of political upheaval and continues to produce fine porcelain and other ceramic bodies to this day.