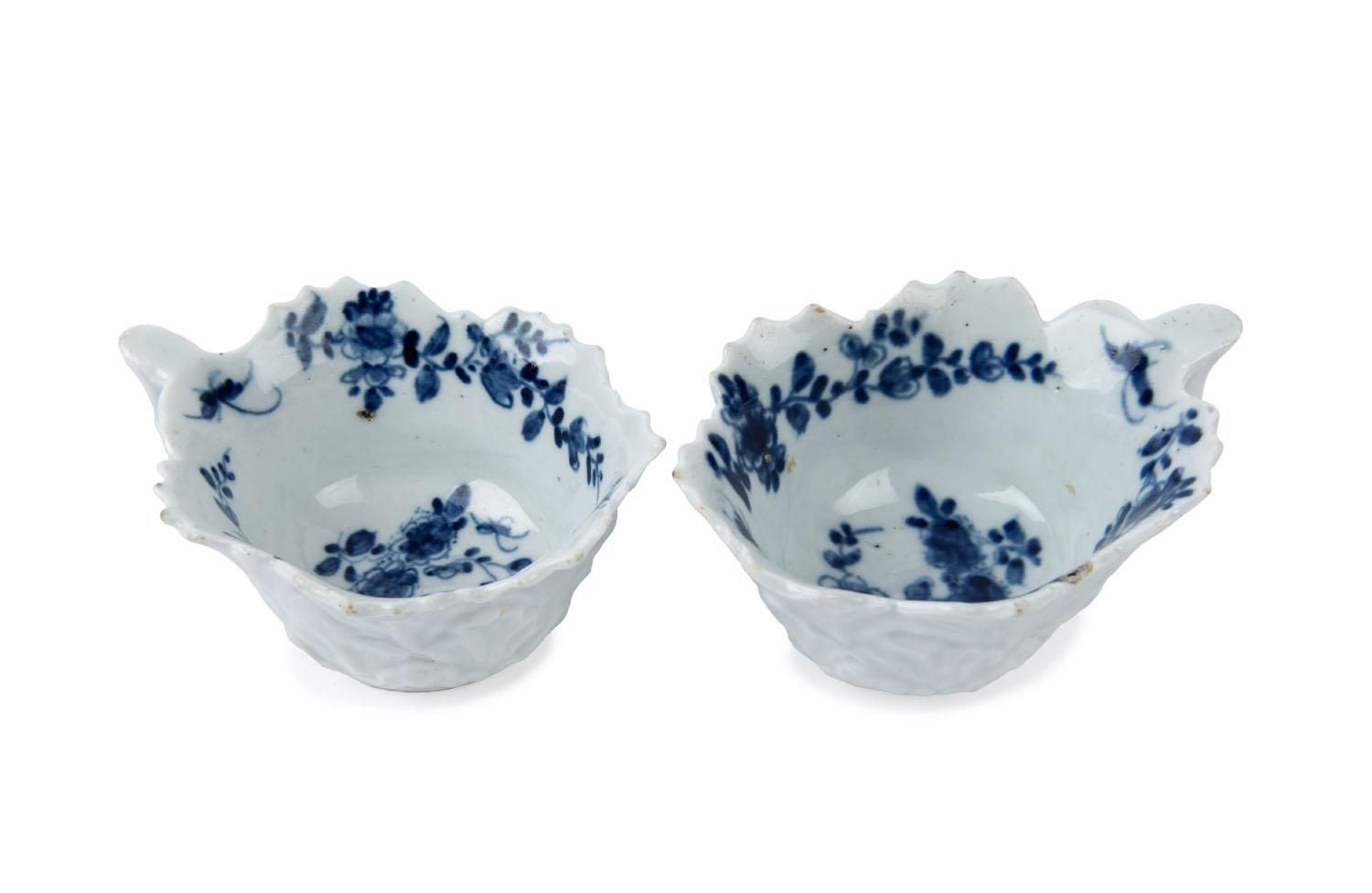 When one thinks of the great ceramic centres of Europe in the 18th century, names like Meissen, Dresden, Vincennes, Sevres, Worcester and Stoke-on-Trent come to mind. But let us not forget Lowestoft, at that time a small fishing village on the coast of Suffolk. It was there that an established pottery site began to manufacture porcelain in 1757.

Generally, more modest than its contemporaries Lowestoft did not enjoy such wide acceptance among the British aristocracy, its clientele being confined largely to local markets. Yet it rivals them in quality, has a charm of its own, and is avidly sought nowadays.

Why Lowestoft? The birth of porcelain manufacturing there is clouded in mystery, one writer claiming that a knowledgeable worker from the existing tile factory was from Burslem in Staffordshire, and recognised a clay source suitable for finer work. Or was it that a shipwrecked sailor from The Netherlands recognised clay similar to that used for Delft? One way or another it seems certain that an area of suitable clay was found north of the village, leading to Philip Walker (1721-1803) and three others renting the land from its owner, Hewling Luson.

The workforce consisted of potters from the existing tile and brick works, skilled craftsmen and artisans from London, mainly Bow, and elsewhere in England. Lowestoft’s soft-paste ceramic body is similar to that of Chelsea, Derby and Bow, consisting of clay, bone-ash, flint, frit and lime. The earliest wares were mainly domestic items such as salts, trays, eye-baths, cups, saucers and jugs, turned on a wheel or moulded, then fired at about 1050°C. After application of blue decoration, a glaze was applied and the piece was fired again at about 800°C. Items from the 1750s are characterised by tiny bubbles in the glaze, however from the early 1760s the potting was lighter, semi-translucent, and the glaze smoother, without bubbling.

Oriental themes began to appear in the early 1760s, along with jugs or mugs inscribed “A trifle from Lowestoft” which were aimed at tourists visiting East Anglia. Lowestoft was also the only factory producing birth tablets - dated discs to commemorate the arrival of a child. Geoffrey Godden in his Encyclopaedia of British Pottery and Porcelain Marks [or Godden’s Guide to English Blue and White Porcelain] describes the paste used from 1765 as floury, with a yellow-brown tinge but some pieces have been described as having a greenish glaze. Transfer printing became popular in the later 1760s and Lowestoft followed the trend into the next decade. The 1770s also saw the introduction of vivid colours for floral and landscape decoration, some copied from Worcester. One of Lowestoft’s unique contributions was by an artist known as the “Tulip Painter” who added the most beautiful floral decoration to tea wares, vases and other ornamental items.

These later years of manufacture also included model animals and birds as well as figures of people in various pursuits. From about 1775 a creamy glaze began to appear and decoration continued in similar fashion, with continuing emphasis on floral and whimsical themes.

The Johnston Collection has a tea bowl and saucer decorated in the Chinese famille rose style. It was produced circa 1785 and is a good example of the detailed enamel and gilding achieved by artisans of the time. Although sales of Lowestoft continued until 1802, it is generally accepted that actual production was discontinued in 1799 when several artisans transferred to Worcester. So ended one of the most charming and colourful episodes in English ceramic history.