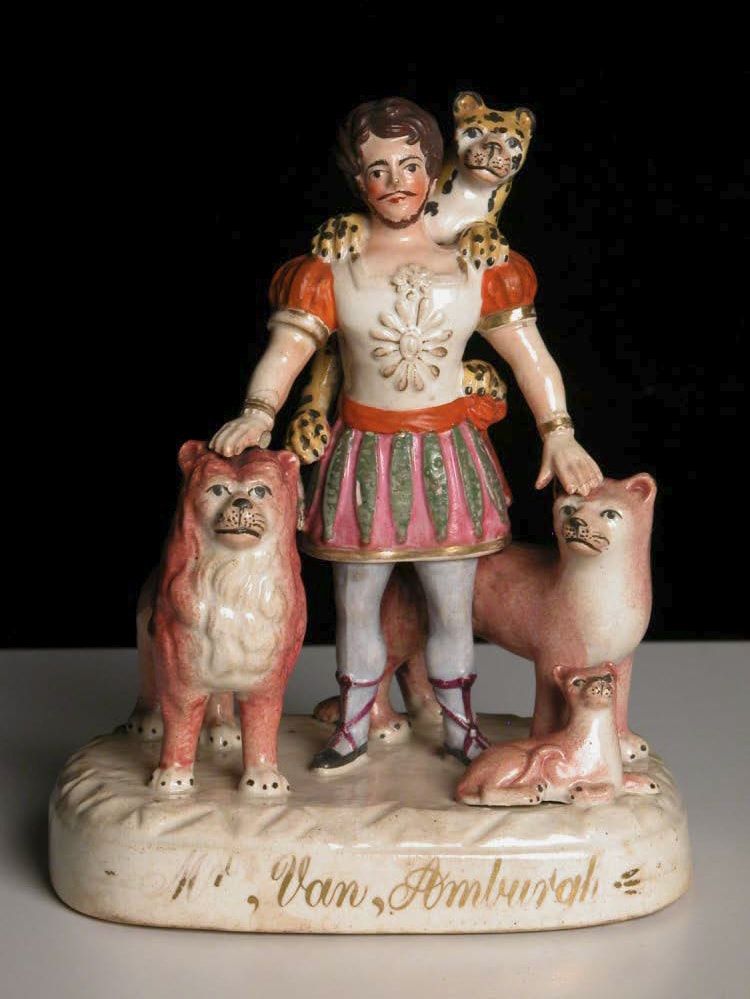 Recently I met a retired English vet who told me about an unusual experience. The circus was in town and appealed to her clinic for help. Every time the lioness came on heat, she tried to eat her keeper. It was an operation my vet friend had never done before but drawing on her knowledge of feline anatomy, she spayed the over-excited cat. The circus went on its way - keeper relieved, lioness calmer.

The history of the circus, particularly animal shows, is a long one. The Roman satirical poet Juvenal, deploring the declining heroism of the populace said, “Two things only the people anxiously desire — bread and circuses.” The government kept the Roman populace happy by distributing free food and staging huge spectacles in places like the Circus Maximus, the chariot racing stadium and venue for mass entertainment, including wild beast shows, which could accommodate over 150,000 spectators.

In Britain, George Wombwell’s ‘royal and unrivalled national zoological establishment’ was the first and extremely popular travelling menagerie and The Times said, ‘No one probably did more to forward practically the study of natural history among the masses.’ Many people had never seen these creatures before.

Later in the 19th century and into the 20th, Bostock & Wombwell’s Royal National Menagerie was probably the best known in the country giving many people their first glimpse of wild animals. They had lions, tigers, elephants, camels and giraffes amongst their 29 different animals and by 1880, had eighteen ‘huge and spacious carriages’ and over six hundred beasts to take on the annual tour.

Big cats were particularly popular. The first American lion tamer was Isaac Van Ambergh, who, by the 1830s, was famous for his theatrical displays as well as the cruelty of his training regime. Lions, tigers and leopards were beaten into submission so that he could stage Biblical scenes involving lambs or even children.

Barnum and Bailey had been the exhibitors of ‘Jumbo’, a male African elephant bought in 1882, from the London Zoo for £2000 where he was famous for giving rides to visitors, especially children. Barnum exhibited the elephant in New York, earning enough in 3 weeks to recoup the money he spent on the purchase. Jumbo died whilst out exercising: he tripped and fell on train tracks, impaling himself on his tusk and dying instantly. Shortly after his death, an unexpected locomotive ran over him and the popular story was that Jumbo had been struck and killed by a train.

In Australia, the Lennon Bros and Stardust circuses are the only circuses that still feature exotic animals and over 40 councils in Australia have banned exotic animal circuses from performing on council land. However, the animal-free circus remains a very popular form of entertainment as Canada’s ‘Cirque de Soleil’ and Australia’s national youth circus, the ‘Flying Fruit Fly’ attest.

Nevertheless, we still love to look at wild animals and it was only recently that the Age reported that Bong Su, ‘Melbourne Zoo’s adored elephant, had died following ongoing arthritis and degenerative joint disease, after 40 years delighting the public.’

Times may appear to have changed; the ‘Greatest Shows on Earth’ are not what they were but we still love ‘Bread and Circuses’ in whatever form they come.