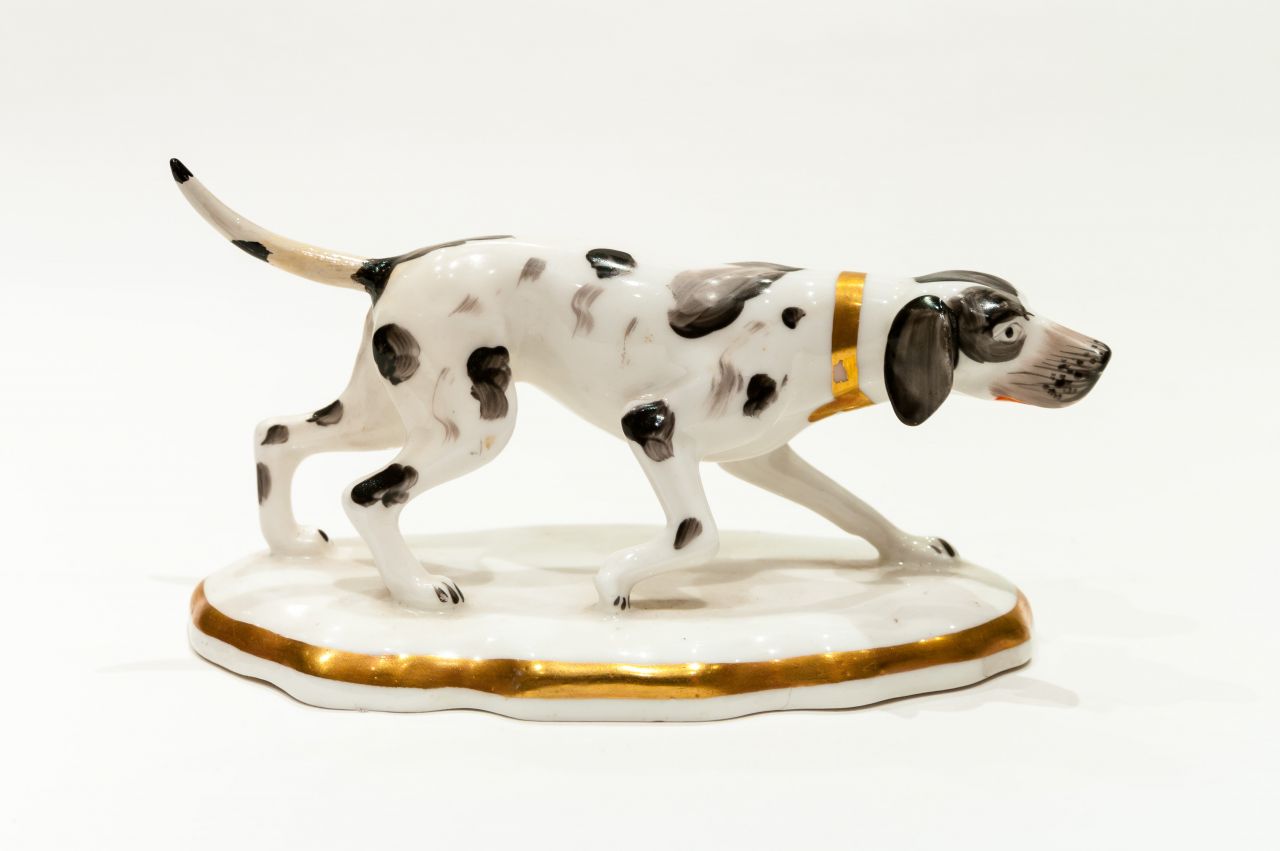 Although Rockingham is a well-known name in ceramic circles, many admirers do not realise that it is neither a family name nor a placename. Rockingham Pottery and Porcelain takes its name from the Marquess of Rockingham on whose estate the factory was located. Moreover, its history spans the period when British ceramic art was at its zenith and includes the names of several families noted for their involvement in the potteries. Rockingham history can be divided into three episodes.

Episode One began in 1778 when the factory in Swinton, near Rotherham, West Riding of Yorkshire, was operated by several competent potters including Thomas Bingley, John and William Brameld and later the Green brothers from Leeds who manufactured earthenware and china including blue and white tableware. In the latter part of the century the firm developed the famous “Rockingham glaze”, a reddish-brown, streaky, thick and tactile glaze covering white earthenware and which required three firings. The innovative Cadogan teapot – which needs to be turned upside down after filling – was invented during this period. The Rockingham glaze went on to be copied by many manufacturers (including Wedgwood) and was produced well into the next century.

Episode Two commenced in 1806 when the factory fell into the hands of John and William Brameld following the dissolution of the original firm. Other members of the Brameld family were later taken into partnership and the business continued in operation, surviving several financial crises, until 1842. During this period the works were considerably enlarged and its products expanded to include a large range of tea and dinner services, vases, figures, animals (two of which are represented in The Johnston Collection) and even bedposts and cornices. Classical geometric shapes gradually gave way to the elaborate rococo style which suited the flamboyant tastes of the early Victorian period.

In the early 19th century, British manufacturers were able to take advantage of the booming export trade that followed the end of the Napoleonic Wars and the Bramelds were no exception, their products favoured on the continent and especially in Russia. Among the most sought-after were teawares, vases and other decorative items painted with beautiful arrangements of flowers by the talented John Wager Brameld (the son of John Snr). With the earnest support of William Wentworth-Fitzwilliam, 4th Earl Fitzwilliam, PC (1748- 1833), who had inherited the Marquess of Rockingham’s estate, the factory began to mark their wares with the family crest – a griffin. This was also the period when the two fabulously-ornate Rockingham rhinoceros’ vases (1826) – reputed to be the largest porcelain items ever made – emerged from the factory.

The firm’s heyday was probably in the 1830s when orders were received from the Duchess of Cumberland, the Duke of Sussex and other notables. Even King William IV ordered a splendid dessert service which was not delivered until Queen Victoria ascended the throne and is still used on special occasions at Buckingham Palace. However, this period of prosperity was short-lived and came to an end in 1842 when the Bramelds succumbed to mounting debts and falling sales. According to one source, they were wonderful potters and decorators but not very good at business. Without the support of Earl Fitzwilliam, the firm would probably have failed earlier.

Episode Three emerged from the wreckage when Isaac Baguley, (one of the painters and gilders of the Brameld-controlled firm) and a few others carried on the work in a modest way. At first, they were able to purchase ceramic items in the “white state” from other potters, apply decoration and offer them on the market. Later the firm branched into manufacturing as the factory was expanded, its output including the original “Rockingham glaze” tableware. However, the business remained small even though its output was of a high quality with unique designs. After Isaac died, his son Alfred continued to manage the firm until it was decided to close the factory and move to another location in 1865.

Apart from the very rare items marked with the Fitzwilliam griffin and the name Brameld, little of the output in all three of the Rockingham episodes is marked. Indeed, a vast array of wares produced by other potteries of the period are erroneously thought to be (and were marketed as) “Rockingham” even to this day. For scholars and collectors, the best source of information is probably Rockingham Ornamental Porcelain by D G Rice (Adam Publishing, London, 1965) and The Illustrated Guide to Rockingham Pottery and Porcelain also by D G Rice (Barrie & Jenkins, London, 1971).