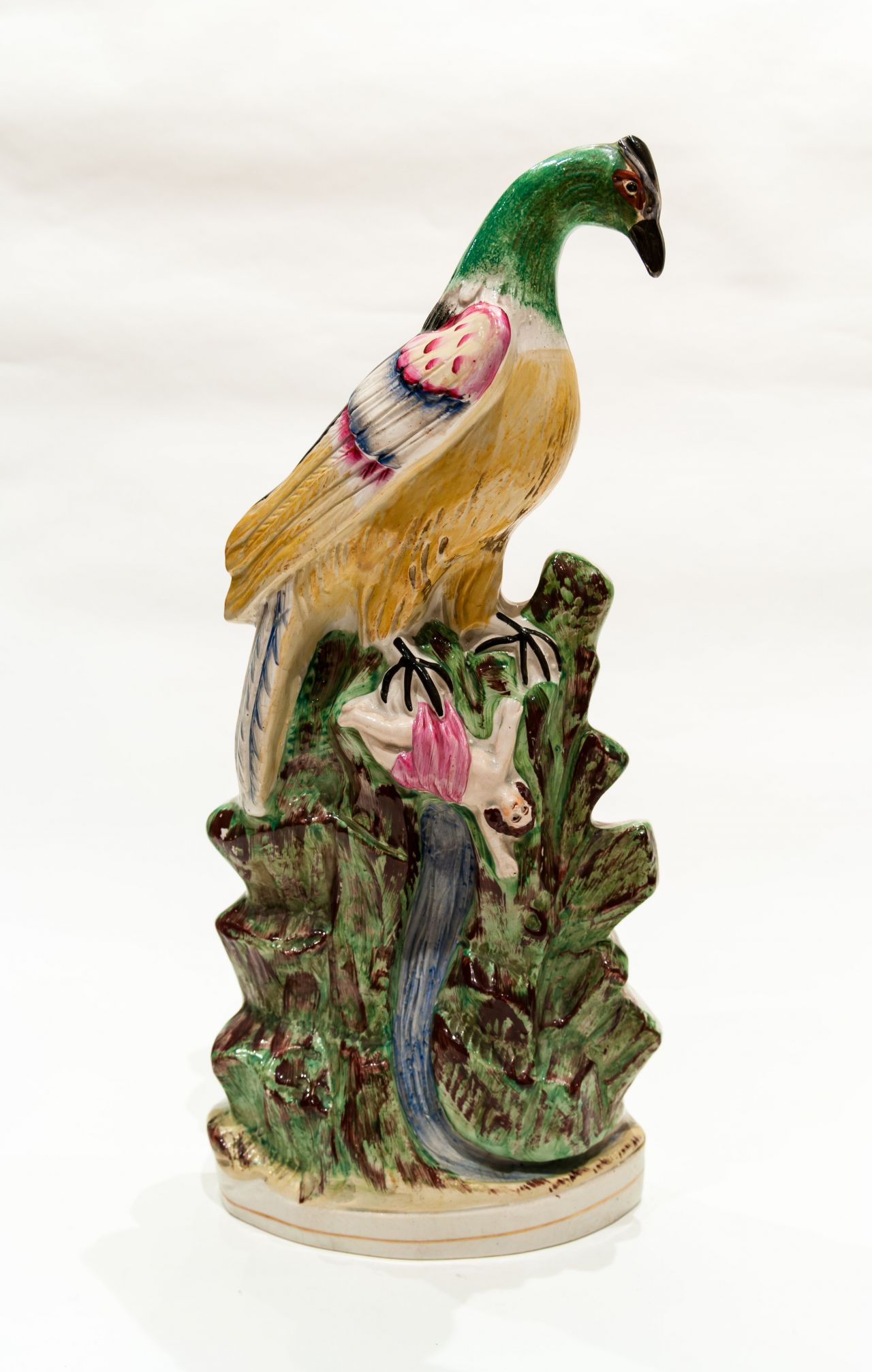 Over the centuries, the interest in and popularity of keeping birds has waxed and waned.

Fashions from the 17th century onwards, reflected the growing interest in all things scientific, following the discovery of previously unknown species in many parts of the world, where exploration, to say nothing of exploitation, was taking place. Botany, zoology, biology, ornithology and of course Darwin’s On the Origin of Species by Means of Natural Selection (aka Theory of Evolution), coupled with people’s improving literacy and education led to the popularity of zoos, menageries, circuses and museums.

Birds kept in domestic settings, were cherished and loved and the exotic ones, those rare and difficult to obtain, often demonstrated how fashionable and wealthy the household was. Of course, many birds, especially parrots, also appealed as congenial and amusing household pets.

But what if you could not afford or did not have the space for a caged bird? Depictions of Nature have always appealed to artists and perhaps this is where the Staffordshire potters came in, because a ceramic ornament might have been the next best thing.

Staffordshire produced a wide variety of figurines, the area having a happy combination of resources and labour. The heyday was in the Victorian era and many animals were modelled including parrots, hens, roosters, horses, cows, sheep, elephants, cats, deer, lions, zebras and, of course, dogs. Some of these were domestic, but others very exotic and in some cases the potters had never seen the particular animal and guessed at its features.

The Johnston Collection’s ‘Aviary’ comprises a number of different pieces which demonstrate this.

The [Meissen] group of three parrots on a rocky outcrop, shows a realism of detail of plumage, dramatic movement and expression which is less evident in the Staffordshire pieces.

However, the [Staffordshire] figurine White Bird taking Flight does reveal realistic muscle movement and moulding of plumage and may be a species, even a domestic bird, known to the modeller.

The ‘Eagle atop a Waterfall’, circa 1860, is a fantastic bird or eagle clutching a swaddled baby atop a rocky outcrop, with a mountain stream flowing down the centre. The bird is coloured green, black, pink and has a crest. Staffordshire specialists, A &N Harding, describe a similar figurine sold at Christie’s recently as a Roc having a theatrical or literary theme, possibly inspired by the Arabian Nights story of Sinbad and as a bird that could carry away large animals.

The pink-crested orange parrot (circa 1860) with green and pink wings and a blue tail, perched on a branch and facing to the left is an example of several different patterns and combinations of the standard colours: blue, pink, green, red, orange and yellow all executed in the same wavy brushwork to simulate plumage. This suggests that the bird is not a representation of a particular species but rather a generalised parrot, which you could order in your chosen colours, something Mother Nature had spent eons doing! Exotic indeed!

The same variety is to be found with the ‘Lamb and Parrot’ inkwell. Decorative inkwells were an item popular with users of quill pens and images of similar pieces show the same style of parrot but with the colours in different combinations, sometimes with the position of the lamb is reversed.