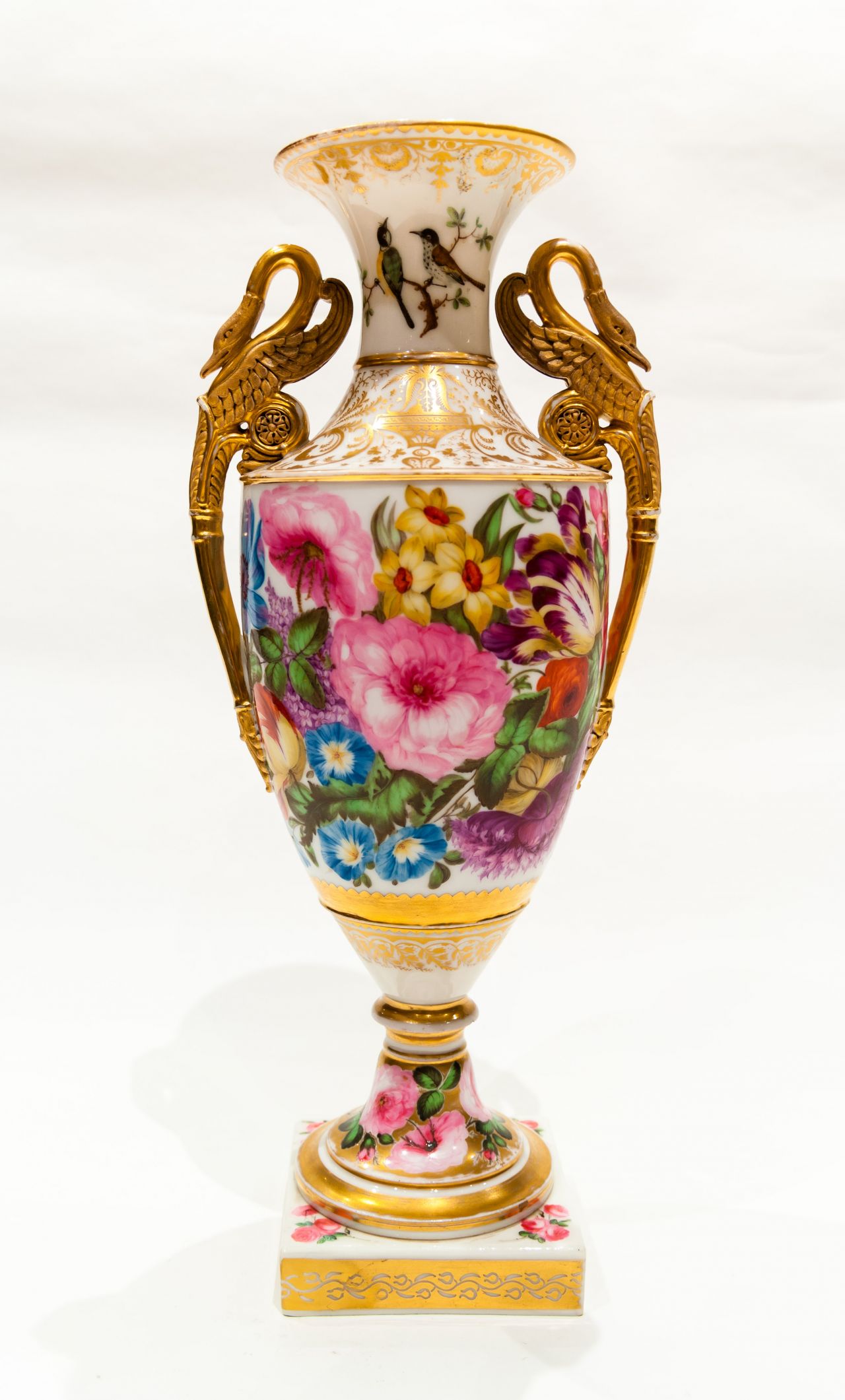 It is generally accepted that the late 18th and early 19th century was a defining period in the rich history of experimentation, innovation and artistry in the production of fine china and porcelain in the British Isles.

Although they came to prominence a little later than their competitors in England, we sometimes forget the important Welsh potteries, notably those at Swansea and Nantgarw. The stories of both potteries are replete with colourful characters and also carry their fair share of mystery and intrigue, not helped by a degree of contradiction in the literature.

The Nantgarw Pottery was established by the very talented William Billingsley (1758-1828) and his son-in-law Samuel Walker (fl. 1813–35) in 1813. From its inception it enjoyed the advantage of being located on the bank of the Glamorgan canal which facilitated the shipment of china clay and other materials and provided easy access to markets in Cardiff and beyond. Even more advantageous was the knowledge acquired by Billingsley while he was employed at the famous Worcester factory, during Worcester’s Flight and Barr period, (circa 1797- 1804). Billingsley had left the firm in secret, allegedly taking with him the techniques and recipes required to produce fine quality, translucent porcelain. He was later sued for breach of contract but the case could not be proven. Little wonder that setting up in Nantgarw he often used an alias in his dealings.

However, in their attempts to develop fine porcelain, the Nantgarw potters experienced considerable difficulty. The soft-paste recipes they used required extreme care in the preparation and mixing of ingredients and were very difficult to fire with precision, so many pieces had to be discarded. When the firm ran out of funds and unsuccessfully asked for help from the British Board of Trade, all seemed lost.

Life was a little easier for the Cambrian Pottery at Swansea which was established in 1764 and had enjoyed moderate success under the ownership of William Coles (died 1778) and later George Haynes (fl. 1787–1810) who had been influenced by Josiah Wedgwood. However, it was not until Lewis Weston Dillwyn, FRS (1778–1855) became a partner in 1802, and subsequently the sole owner, that the firm took a new direction. It was Dillwyn who, no doubt hearing of their difficulties at Nantgarw, invited Billingsley and Walker to join him at Swansea; in effect to combine their efforts in developing more attractive, and more profitable products.

The result was that many superb examples of teaware, dinnerware and decorative items were produced from 1814 to 1817. Geoffrey Godden describes the Welsh porcelains as having a “highly translucent body with a soft and friendly glaze”. William Billingsley was himself a talented decorator but many undecorated items were shipped to London where they were purchased by specialists in floral decoration using enamels.

Billingsley and Walker returned to Nantgarw to reopen their business in 1816 after gaining financial backing from entrepreneur William Young but again their efforts met with little success and in 1820 – while Young was absent – they absconded to Coalport, Billingsley again operating under an alias. After the departure of Billingsley both the Nantgarw and Swansea potteries continued to market porcelain items using local decorators including the renowned Thomas Pardoe (1770-1823). However, when fine porcelain could no longer be produced, Nantgarw switched to stoneware and clay pipes until it finally closed in 1833.

Meanwhile the Swansea works continued in operation. The Dillwyn family had earlier formed a partnership with Timothy and his son John Bevington, who subsequently became the sole owners trading as T&J Bevington & Co. After 1817 a large range of somewhat less delicate items were produced, including transfer ware in blue, black and other colours featuring country scenes, villas, shell designs and the ubiquitous willow pattern. The company absorbed the small Glamorgan Pottery in 1838, causing many workers to be made redundant however some found work at yet another Welsh pottery which operated at Llanelli. The Cambrian Pottery at Swansea was finally closed in 1870.

Collectors need to be careful in assessing the date and importance of Welsh porcelain and should be guided by reference works such as Geoffrey Godden’s Encyclopaedia of British Pottery and Porcelain Marks and Welsh Pottery by Lynne Bebb (Shire Publications, 1997).

Many items marked SWANSEA were manufactured by other potters, even in recent times. But none come close to the combination of translucence, superb glaze and exquisite taste displayed during the second decade of the 19th century when Swansea (with a vital contribution from Nantgarw) employed what Godden himself describes as “perhaps the finest team of flower-painters ever to work together at any one porcelain factory.”

This article was originally published in Fairhall, issue 19, November 2016, pp 10.