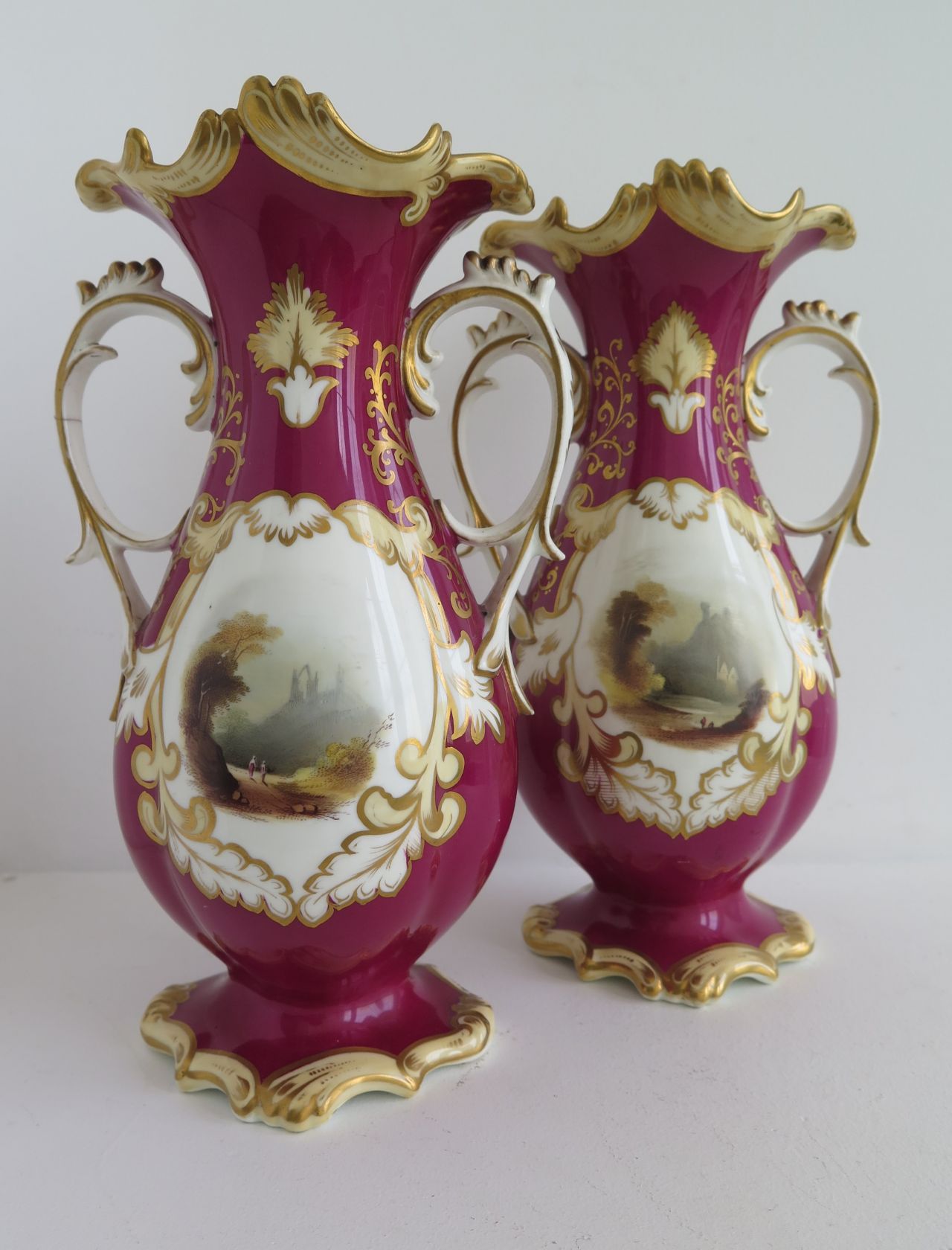 For collectors of ceramics who enjoy the thrill (or maybe even the frustration) of the chase, there can be no better challenge than to find and identify an item of porcelain made at the Samuel Alcock works, originally known as “The Hill Top Pottery” in Cobridge, Staffordshire. This is because Alcock’s wares were rarely marked and have often been confused with those of other potteries.

According to the renowned 19th century ceramics historian Llewellyn Jewitt, the already-established Hill Top Pottery was taken over by Samuel Alcock in 1828, beginning a period of rapid growth, including the enlargement of Hill Top and the acquisition of other potteries in the area. Production for the home and export markets gradually expanded and during the next three decades the workforce grew to around 700 in the 1850s. Even in the 1830s, the firm employed between 40 and 50 painters.

Samuel was the youngest of nine children from a farming family. After schooling he worked in the potteries and became a fine decorator before acquiring Hill Top. His business success made him an important figure in the local community and in 1836 he was appointed Burslem’s Improvement Commissioner. In 1842 as Chief Constable of Burslem he helped to put down the Chartist-inspired uprising which was focused on the Staffordshire potteries, including his own factories where the workers were paid low wages. When Samuel died in 1848, management of the company was passed to his wife Elizabeth and two of their sons who continued until the business began to decline and was finally declared bankrupt in 1859.

In its three decades of operation, Samuel Alcock & Co produced a vast number of high-quality porcelain and earthenware items including bone china table wares, tea services, vases painted with landscapes or floral-encrusted toilet articles, plus miniature statuary in finely-modelled biscuit. Some of the firm’s specialities were busts by the sculptor Giovanni Meli and Parian cups, vases, figures and jugs which were featured in the Great Exhibition of 1851. By that time the American market had become an important source of income for the business.

While some of these specialities carried the Alcock mark, “SA & Co” or something similar, there is little to identify the more domestic wares as originating at Alcock’s. Some items bear the diamond-shaped registration mark introduced in 1843 and pattern numbers are also useful recognition aids; however much of the firm’s production escapes the notice of avid collectors. Conversely, many items claimed as having been made by Alcock are actually the work of Rockingham or other potteries, in particular the many rococo-inspired tea-wares made during the highly competitive 1840s and 50s.

The Johnston Collection is home to several fine pieces by Samuel Alcock, including a pair of vases, circa 1835-40, with moulded foliate bases, tops and handles and deep maroon panels highlighted with gilding. There is also a green-bordered, footed serving dish with a moulded and pierced rim and with an enamel-painted spray of flowers at its centre. Both items are in the revived rococo style.

The Collection also contains an exquisite 21-piece dessert service manufactured by Sir James Duke and Nephews who took over the Hill Top pottery, including the existing moulds, after Samuel Alcock & Co failed in 1859. Each of the eight comports and thirteen plates is decorated with a polychrome and gilded border and with a different hand-painted specimen flower at the centre.

For those seeking a definitive history of Samuel Alcock’s pottery – and that of other members of the Alcock family – the best general introduction is in Geoffrey Godden’s British Porcelain: An Illustrated Guide (Barrie & Jenkins, 1974) or Jewitt’s Ceramic Art of Great Britain 1800-1900 (Revised by Godden and published by Barrie & Jenkins, 1972). A representative sample of Alcock teapots can also be found in Michael Berthoud and Richard Maskell’s A Directory of British Teapots (Micawber Publications, 2006).