William Johnston’s lifelong passion for collecting beautiful objects began when his grandmother gave him a little teacup – a circa 1815 Minton potteries teacup without its saucer - when he was about 8 years old.

Beginning with the treasured teacup, Johnston over his lifetime, assembled the most astonishing collection now comprising more than 1,400 objects of English Georgian and Regency, and Louis XV period furniture, paintings, ceramics and objet d’art, now regarded as one of the best collections of its kind in Australasia.

The conversion of Fairhall into an exhibition-house drew on the skills of numerous people between 1986 to 1990; Peter Lovell of Allom Lovell and Associates (now Lovell Chen | Architects & Heritage Consultants) was the conservation architect; David McCabe of David McCabe Design Pty Ltd (now Robin Wade and Partners, London) was the interior designer and John Patrick of John Patrick Landscape Architects was invited to recreate a courtyard garden in a form similar to William Johnston’s

At that time “The objective in the presentation of Fairhall will be to maintain the atmosphere created by William Johnston and to build on this atmosphere.”

They were joined by Judith Thompson, inaugural director, (early 1989-1991), to create the first exhibition in Fairhall. New fabrics and frames were sourced in England, curtains fabric was supplied by St James Furnishings, Melbourne and made by Arthur Taylor, Hawthorn, almost all the furniture was reupholstered and cushions were made by Ian Cooper.

Fairhall exhibition-house opened to the public in November 1990. 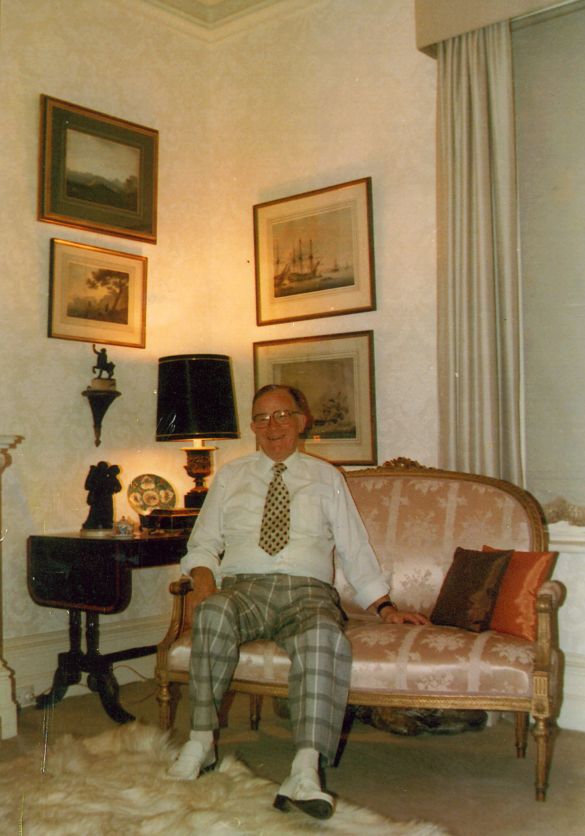