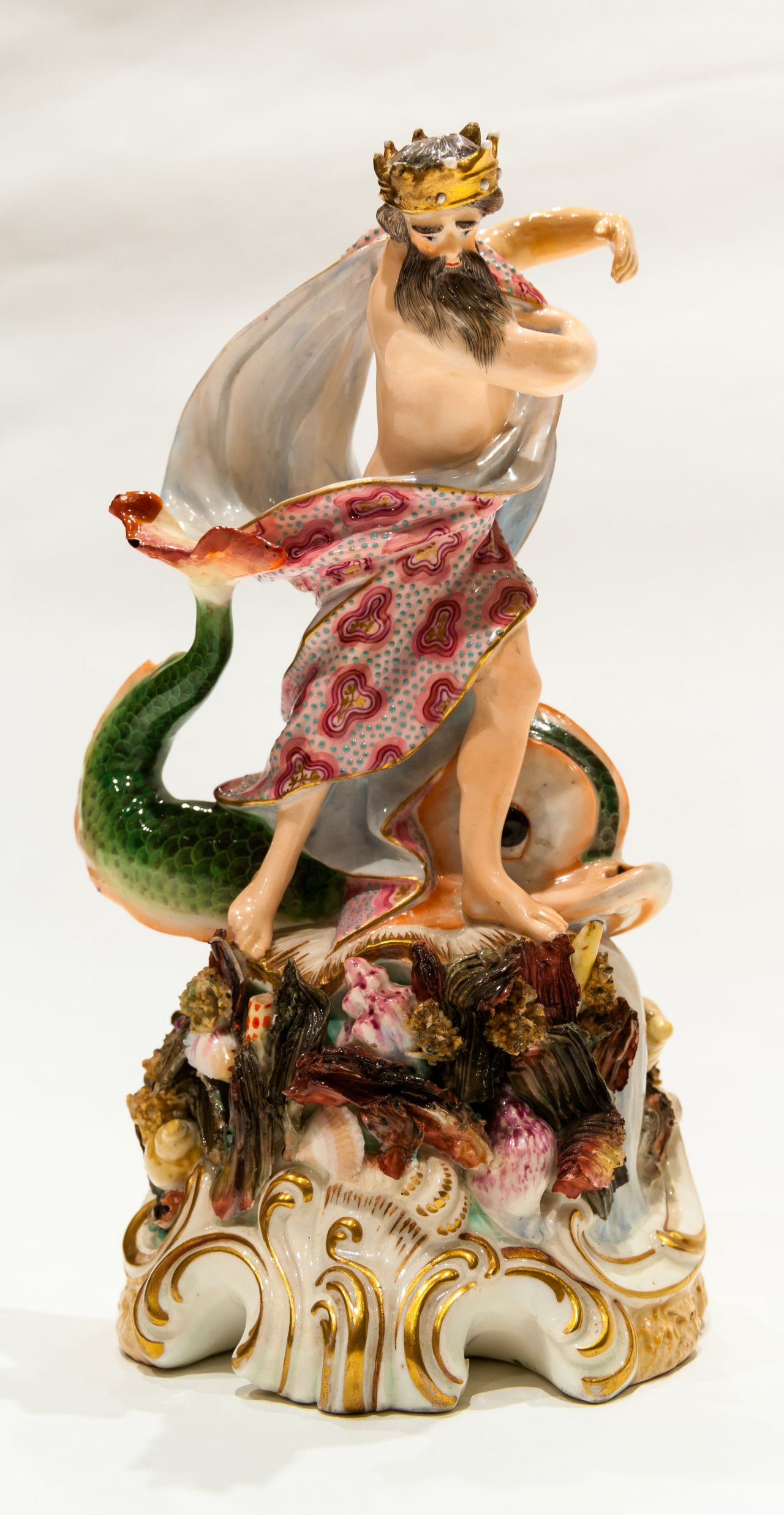 Rococo was a new French decorative style that began during the early years of Louis XV of France, from 1715 to about 1750. It occurred as a reaction to the pomp, pretentiousness and formality of the Baroque (see Fairhall 10).

The consequent taste for something lighter and more relaxed may have had political overtones representing an escape from the stifling grandeur of Louis XIV and the wars in which France had been involved. It reflected the informality set by social leaders like the royal mistresses Madame de Pompadour and Madame du Barry.

The term Rococo is derived from the French word rocaille and refers to the irregular rock and shell edges on grotto ornamentation. The rock and shell forms, along with scrolling foliage and flowers, acanthus leaves, fish, leafy tendrils, trailing ribbons and asymmetrical S and C curves were its distinguishing motifs.

The chief promoters of the style were artists, craftspeople and others from the upper middle classes rather than the architects and their noble patrons. The style therefore was rarely seen in architecture, but mainly in interior decoration and for luxury goods such as furnishings, silver and ceramics.

The Rococo interior is luxurious and was considered more feminine and lighter than the heaviness of Baroque. The room was well proportioned and may have been octagonal or oval, depending on the function of the room. The walls were decorated with tall rectangular panels bordered with low relief sculptural decoration that may be gilded. In fact, the style used more gilding than any other French period. Later in the period, colourful wallpapers in scenic patterns or Chinoserie motifs might be set into the panels. The colours associated with the style were soft colours like ivory or other pale colours.

Floors were wooden parquet in a herringbone pattern, tile or terra cotta. They were often overlaid with elegant Savonnerie or Aubusson carpets that had patterns designed with the characteristic floral or curvilinear motifs. Warm pastel-coloured drapes covered the full-length windows, and there was often a mirror placed between the windows with a console table underneath.

Rococo furniture was graceful with shapely cabriole legs that would be placed away from the walls and moved around as needed, such as occasional tables and chairs. Stretchers disappeared from chairs and the arms set back from the front of the seat to accommodate fashionable ladies’ billowing skirts. There were items used for a particular purpose such as the music stand, bureau plat and secretaire. The wood of choice was mahogany, cherry and ebony accented with ormolu mounts or gilding. Artificial light was provided by crystal chandeliers, wall sconces or girandoles. Decorative objects were placed around the room, on tabletops or mantels and these included gilded mantel clocks, cherub candlesticks and Sevres porcelain vases.

Although the Rococo style was seen as frivolous, effete and extravagant, it was taken up enthusiastically by other countries such as Britain and Germany. Rococo fell from favour to be supplanted by the more restrained Neoclassical style.