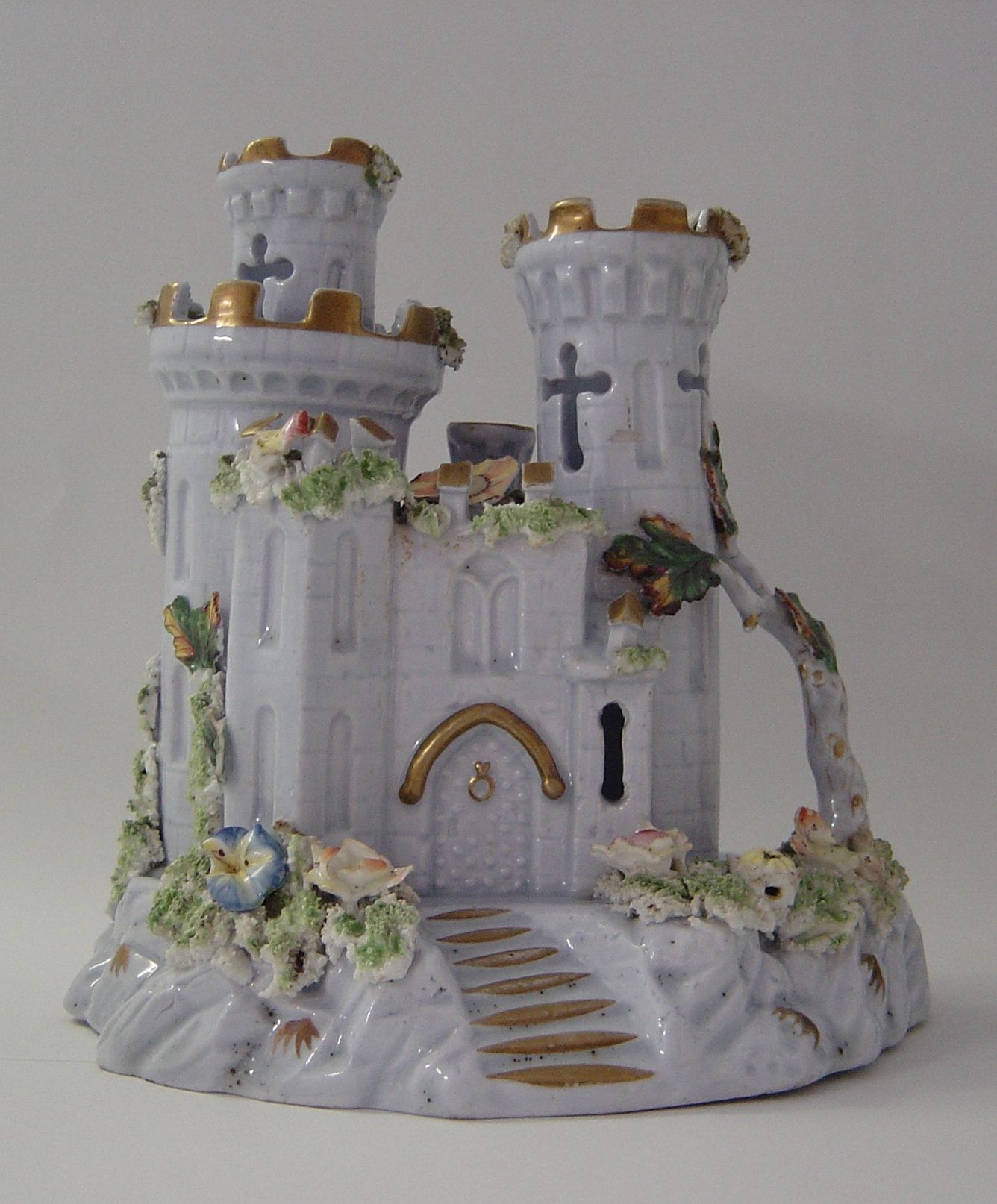 The Johnston Collection has a small number of pastille burners, all glazed Staffordshire earthenware from the mid-19th century. They represent some of the popular subjects of the time - being a dovecote, two castles, two cottages with pretty gardens with, one of the cottages also serving as an inkwell.

According to the Oxford Dictionary of Decorative Arts, a pastille burner is an ornamental ceramic container for burning aromatic pastilles, a necessity to cover the noxious odours that were part of everyday living. Our forebears cleverly used many varied ways to deal with these odours with scent vinaigrettes, pomanders and perfumed handkerchiefs keeping them at bay in the streets.

By the time the Regency period began, pastille burners had become popular in aristocratic homes. Most upper classes with any “pretension to civility” owned, used and displayed, at least one such burner.

The definition pastille takes its name from the Latin, pastilles, which means a small roll or little loaf of bread. Pastilles were small lozenges of aromatic herbs designed to sweeten the breath, and soon had sugar added making them similar to the sweet – like ones still available today. By the mid-16th century, new, sweet-smelling lozenges were being burnt to freshen the air of the upper-class homes.

Pastilles only began to be made commercially during the reign of Queen Victoria. Until then they were produced under the guidance of the “lady of the house” to her specific recipe. Generally, they were produced from charcoal, preferably willow wood, saltpetre (potassium nitrate – a white crystalline salty substance used as a constituent of gunpowder) a binder and a fragrance. When combined with the powdered charcoal, the saltpetre ensured the charcoal would burn once it was set alight. The binder was often gum arabic which kept the pastilles firm once they dried out. The fragrance, usually an essential oil was added last. Lavender, rose jasmine, sandalwood and cedar were popular scents. Myrrh, frankincense and orris provided the touch of luxury.

The earliest pastille burners were made of metal, brass or bronze and silver, but they became very hot to touch. Porcelain began to be used when it was realised that it was just as resistant to flames as metal but the porcelain burners were not so hot to touch and could more easily be moulded.

By the latter half of the 18th century, wealthy landowners had pastille burners made in the shape of some of their more attractive and decorative outbuildings - dovecotes, gatekeeper’s cottages, dairy houses and flower-covered summer houses. Toll houses, churches and castles were also popular.

Pastille burners remained popular until sanitary conditions were improved in the late 19th century. In the late 20th century, the popular notion of de-odourising and freshening rooms re-emerged with the use of aroma reeds, room sprays, candles and diffusers.