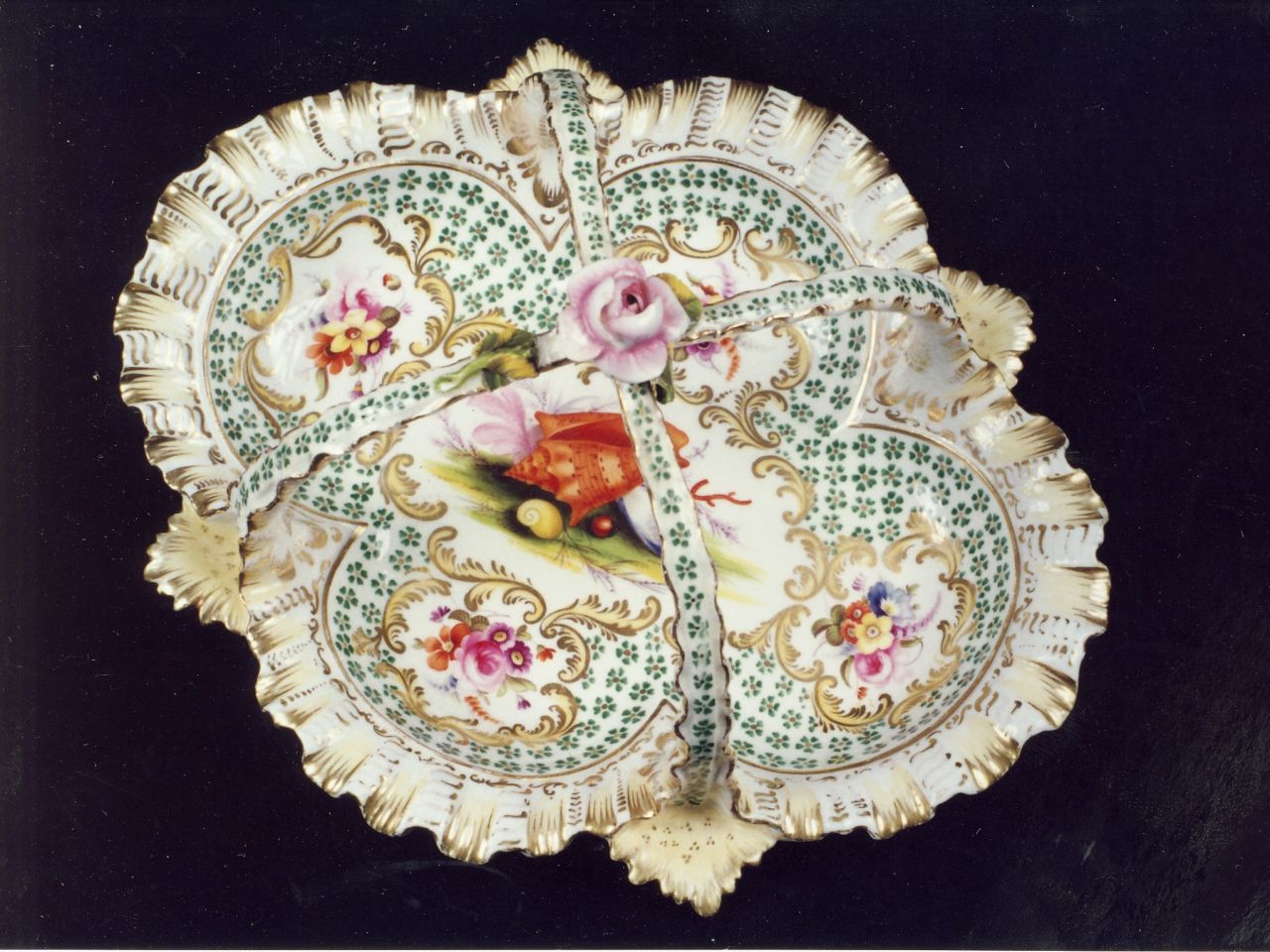 The long history of the English Daniel family and its association with the Staffordshire potteries is well established and may stretch as far back to the late 16th century.

Although the details are somewhat fuzzy in the literature, researchers Tony Shaw and David Shaw of the [H & R] Daniel Ceramic Circle have listed no less than 24 family members as having worked in the potteries. Those mentioned by various other sources include Walter, who operated as a potter in the late 18th - early 19th century; John Daniel Snr, who was a painter and decorator and one of the group who formed the New Hall works; and Richard Daniel Snr, who was father-in-law to the famous Jacob Warburton (1740/1-1826).

Despite the sometimes confusing, early history it is clear that Thomas Daniel Snr was in demand as a “colour maker” in 1808. His son Henry inherited his recipes, married his boss’s daughter - usually a good career move - and then worked as a successful senior potter, decorator and gilder for notable firms including those of Enoch Wood and Josiah Spode in the early 19th century. Henry Daniel (1765-1841) and his wife Elizabeth had four children: Thomas Jnr (1798 - ?), Richard (1800-1884), John (1802- ?) and Ann (1805 - ?).

In 1822 or 1823 he decided to terminate his connection with Spode and opened his own factory in Stoke, adding another works at Shelton a few years later. Then in 1826 he received a very large order for dinnerware and other items from the Earl of Shrewsbury which helped greatly to establish his reputation. In 1827 he took Richard into partnership, forming the celebrated H & R Daniel’s business which went on to produce a vast number of earthenware and bone china items for the table and for decorative purposes.

Henry’s son Thomas Jnr was also a part-time factory manager but neither he nor the other son, John, was taken into partnership. According to the Daniel Ceramic Circle, Richard became increasingly impatient with his father who continued to influence the firm despite the onset of dementia. However, when Henry died in 1841 the business began to decline and ceased trading in 1846. After a period in debtors’ prison, Richard returned to the industry as a manager of other potteries; he died in 1884.

During the H & R Daniel period the firm amassed literally thousands of patterns and at least 1200 of these were actually produced and marketed. Its success was due partly to the creative abilities of its designers who were able to tap into a rapidly growing demand from the emerging British middle class for stylish decorative tableware. This was the neo-Rococo and Victorian period when ceramic design became fashionably flamboyant. H & R Daniel’s tableware ranged from the relatively austere “London” and “Cottage” or “Old English” shapes to extreme examples described as “Savoy”, “Sunderland”, “Mayflower”, “Stanhope” and so on. The bone china or ironstone teapots often featured moulded feet, ribbed or faceted bodies, ducks-head spouts, gadrooned edges. Decoration included under-glaze blue but was more likely to be in painted enamels with gilding, featuring flowers, butterflies, birds and country scenes.

The Johnston Collection contains two important items attributed to H & R Daniel. One is a lidded vase (A1173-1996) in ironstone with enamel decoration featuring flowers, ducks and butterflies and with gilded bands, the shoulders terminating in dragon heads. The other is a delicate and exquisitely-decorated basket (A0489-1989) in quatrefoil form on four scrolled feet and with looped handles and a gilded, gadrooned rim. The central motif is an applied rose and other decoration includes flowers, foliage and seashells. This item is part of the foundation collection and was made for the French market because the base is marked with the name of a Paris retailer.

Identifying a piece of H & R Daniel bone china or earthenware is not easy because most are unmarked except for pattern numbers and even these are often rubbed off because they were applied over the glaze. One could start with an online visit to the Daniel Ceramic Circle danielcc.org [and handrdaniel. com], or with Michael Berthoud’s H & R Daniel 1822-1846 (Micawber Publications, Kent, 1980) and Geoffrey Godden’s Victorian Porcelain, (Herbert Jenkins, London, 1961). Many of H & R Daniel’s teapots are illustrated in A Directory of British Teapots by Michael Berthoud and Richard Maskell (Micawber Publications, Bridgnorth, 2006).

Although the level of interest by students and collectors in H & R Daniel items may well depend on their view of the Rococo style, there is no denying that the firm produced wares of a very high quality and that the extended Daniel family was one of the most influential in Staffordshire.

This article was originally published in fairhall, issue 25, October 2018, pp 11.