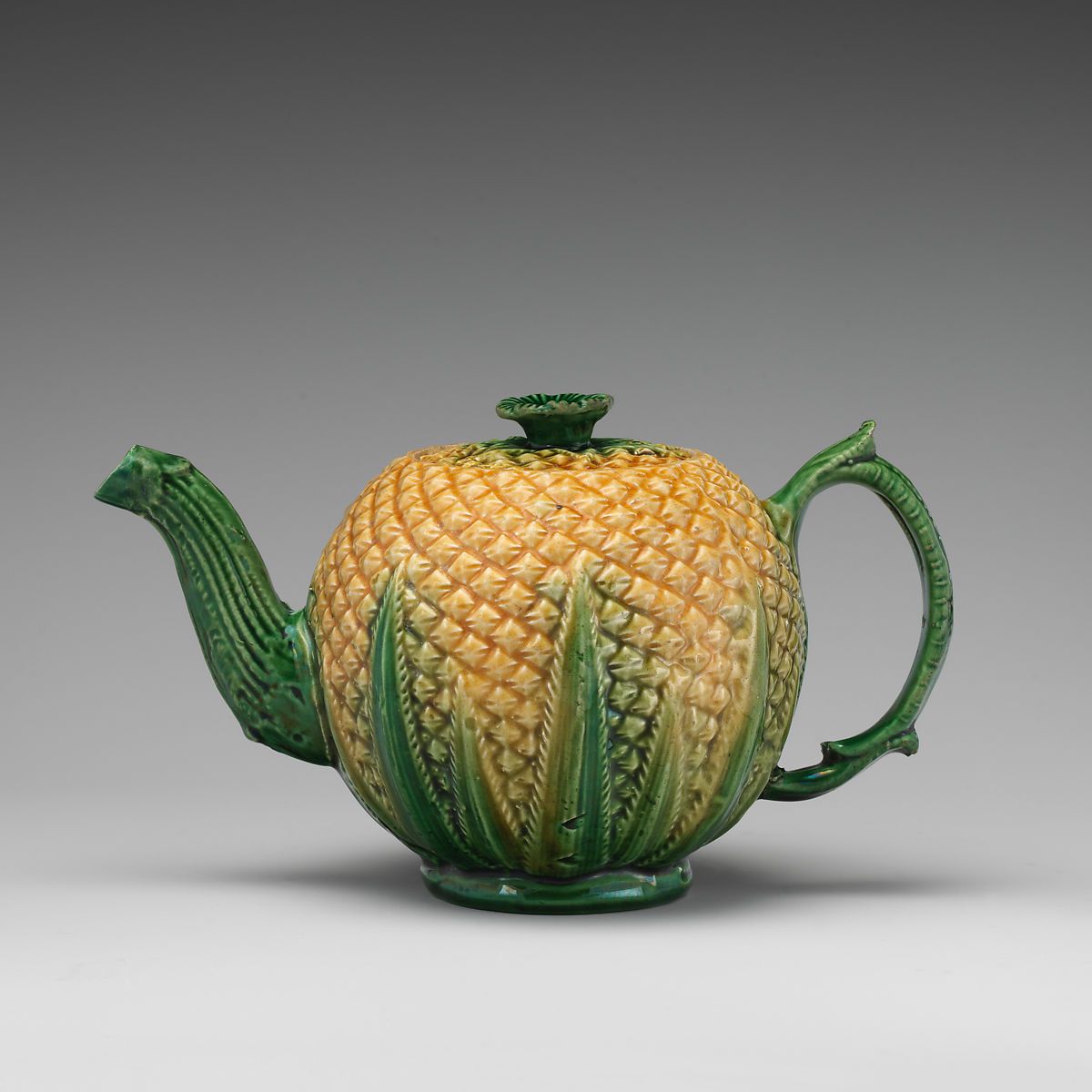 The pineapple plant is a native of Central and South America. The botanical name is Ananas comosus (Bromeliaceae) and is the most economically significant plant and the most edible in the Bromeliad family.

Pineapples contain an enzyme, Bromelain that breaks down protein and may be used as a meat tenderiser. The pineapple is not one fruit, but many, as multiple diamond shaped fruitlets are fused together and grow from the core or central stem of the pineapple.

Spanish explorer Christopher Columbus (circa 1451-1506) and his crew first saw the pineapple in 1493 on the island of Guadeloupe in the Caribbean and again in Panama in 1502. It is thought that long before the arrival of Columbus, the local tribes imported the pineapple to the Caribbean. These tribes were excellent navigators and active seafarers, taking pineapples with them to be transplanted on a number of islands in the region. These Caribbean Indians would place a pineapple outside the front entrance of their home as a symbol of hospitality and friendship.

Columbus introduced the pineapple to Europe on his return from the Caribbean. Pineapples quickly became highly sought after throughout Europe as an exotic fruit. At this time, fresh fruit and sweets were hard to come by. Europeans went on to adopt the motif and carvings of pineapples could be seen gracing doorways in Spain and England.

It was almost 200 years before the pineapple was successfully propagated in purpose-built hothouses in Europe. It is thought that Agnes Block (1629-1704) was the first European to grow a pineapple around 1687. The English were not successful at growing pineapples until 1714-16, when Henry Telende, a Dutchman, was able to grow one for his employer, Sir Matthew Decker of Surrey.

Charles II (reigned 1660-1685) posed for an official portrait depicting him being presented with a pineapple by the Royal Gardener, John Rose (1619-1677). John Rose is often credited with being the first to grow a pineapple in England. In fact, the pineapple depicted in this painting by Hendrik Danckerts (1625-1680), dated 1675, was imported from the Bahamas and ripened in England by Rose. The pineapple was known as the treat of kings.

During the 17th century, American sea captains would place a pineapple at their front gate, to alert their neighbours, that they had returned safely and invite them to come and enjoy their hospitality. This gesture led to the installation of pineapple replicas at front entrances to homes.

Pineapples became a symbol of wealth, because they were costly to grow in hot houses in a temperate climate and were expensive to import. Pineapples often featured in the centrepiece on the dining table and were used a number of times for this purpose, before the pineapple began to rot. In fact, most hostesses would rent them for table decorations.

Pineapples can be found on the pediment or transom over front doors and on the gateposts. As a welcome William Johnston placed a cast iron pineapple on the wrought iron gate at the entrance to Fairhall. Another example can be seen on either side of the front gate to Elm Tree House, 233 Domain Road, South Yarra.