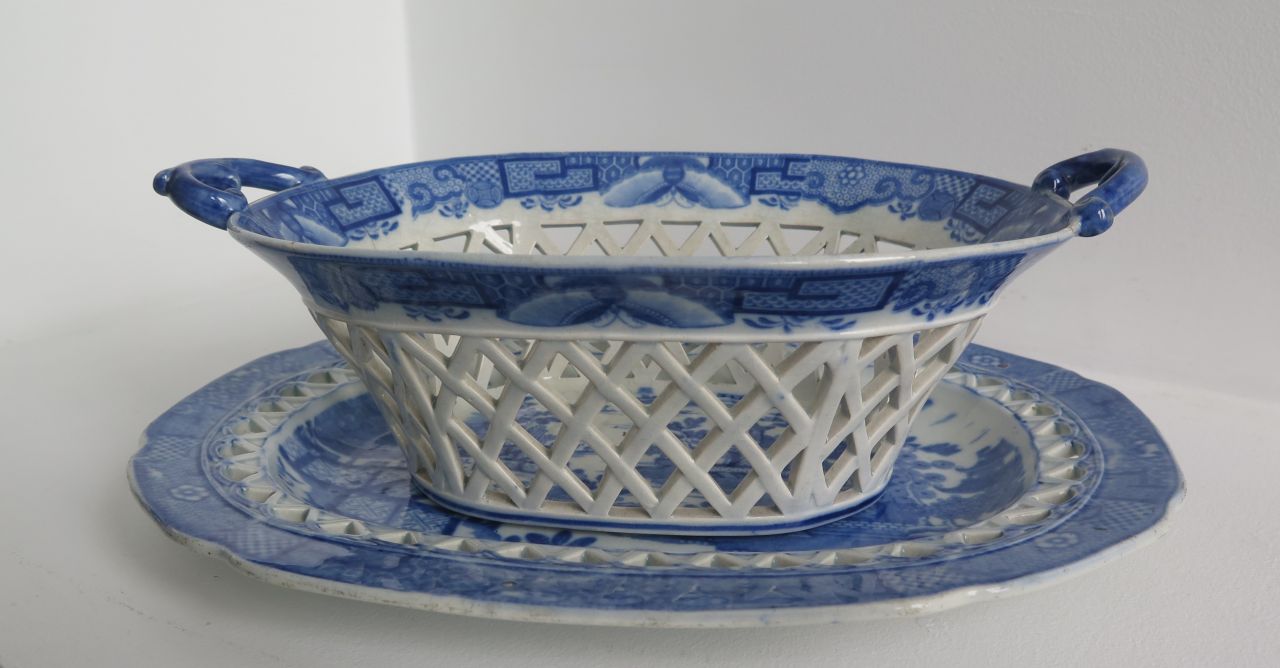 The long history of the Davenport & Co. pottery (1794-1887) is remarkable because of the varied and engaging wares produced but also because of the family involved in the business.

It was one of Britain’s survivors, with the same family in control from 1794 until it closed in 1887. Those 93 years saw the Davenports produce cream-coloured and dry-body earthenware, stone china, porcelain and glass at a number of factories including the original at Longport, Staffordshire. It was one of the largest pottery businesses in Britain and flourished in the home market as well as exporting overseas.

John Davenport purchased the Longport pottery in 1794, after working as a fast-learning potter for much of his early life. Influenced by the ground-breaking work of Josiah Wedgwood, Josiah Spode and others he soon learned how to take advantage of newly-developed techniques and decorative styles to extend the range of his products. He also saw a rapidly-expanding export market and took advantage of it, especially after the war with France ended in 1815.

Davenport also acquired other potteries at Stoke and Newport, branched into glass-making, opened warehouses, fostered the patronage of notables including the Prince of Wales and became part of the landed gentry. In 1832 he was elected to Parliament. Coupled with his knowledge of pottery, he possessed business acumen and drive but was also something of a perfectionist, with a finely-tuned intolerance of incompetence, and a touch of irascibility.

Two of his sons, Henry and William, plus other members of the Davenport family, took an active role in the business, with Henry becoming a partner in the firm and manager of the Longport factory in 1822. Described as “a likeable character” he was not as ruthless as his father and had a more relaxed attitude to his workers. Sadly, Henry died in a hunting accident in 1835. However John continued to exercise considerable influence even in his declining years, becoming what one writer called “an old curmudgeon” at 65.

Running the Davenport businesses had by that time passed to William, who also had an uneasy relationship with his father. William stood aloof from the day-to-day operation of the factories, while acquiring additional properties, expanding exports and building staff numbers to more than 1400. The 1830s was a time of considerable labour unrest in Britain, with deplorable conditions in many of the potteries; Davenport & Co. was certainly not exempt, William’s imperious attitude resulting in a disdain for the working class.

The huge output of Davenport & Co. wares for the home and export markets continued into the early 1850s, and although William held a high position in society his financial affairs had fallen into disarray and this worsened until his death in 1869. The parlous state of the family business was inherited by his son who attempted to salvage the situation by selling off factories and other property as the firm staggered from crisis to crisis. The Davenport enterprise finally closed in 1887.

Turning to Davenport wares, the earliest production was largely confined to cream-coloured earthenware – fine, light, durable and cheap items, the body of china clay, china stone, flint and ball clay, the shapes mostly classical with restrained decoration, in Chinoiserie or floral patterns. Following a trend set by Wedgwood, Turner and others, in the early 19th century the Davenports also began to produce the “dry bodies” which appealed to the eye and the touch. Much so-called caneware, some basalt and other wares were produced, including the ubiquitous piecrust substitute during the Napoleonic wars and items to commemorate Nelson’s victories. Most of these items fell into the “useful” category and tea services were particularly popular.

The firm also followed the trend to bone china in the early 19th century and from 1805 began producing porcelain of a quality to rival other notable potteries like Swansea and Derby. The decoration was varied, including items with floral or stylised borders, landscapes and botanical motifs. These decorative features were at first restrained but as the Rococo revival took hold in the 1830s they became fussy and often ostentatious, especially in vases and other ornamental items.

Despite this gradual change in tastes during the Victorian era, and it seems irrespective of which generation of the family owned the business, the high quality of workmanship and artistry continued. Davenport was a conservative business not inclined to take risks but to focus on market opportunities. Yet the items that survive are of a consistent standard and continue to give pleasure today.

Several writers including Geoffrey Godden have documented the history of the Davenport company but the definitive work continues to be Terence A Lockett’s Davenport Pottery and Porcelain 1794-1887, published by David & Charles, Newton Abbot, 1972.

This article was originally published in fairhall, issue 22, October 2017, pp 15.