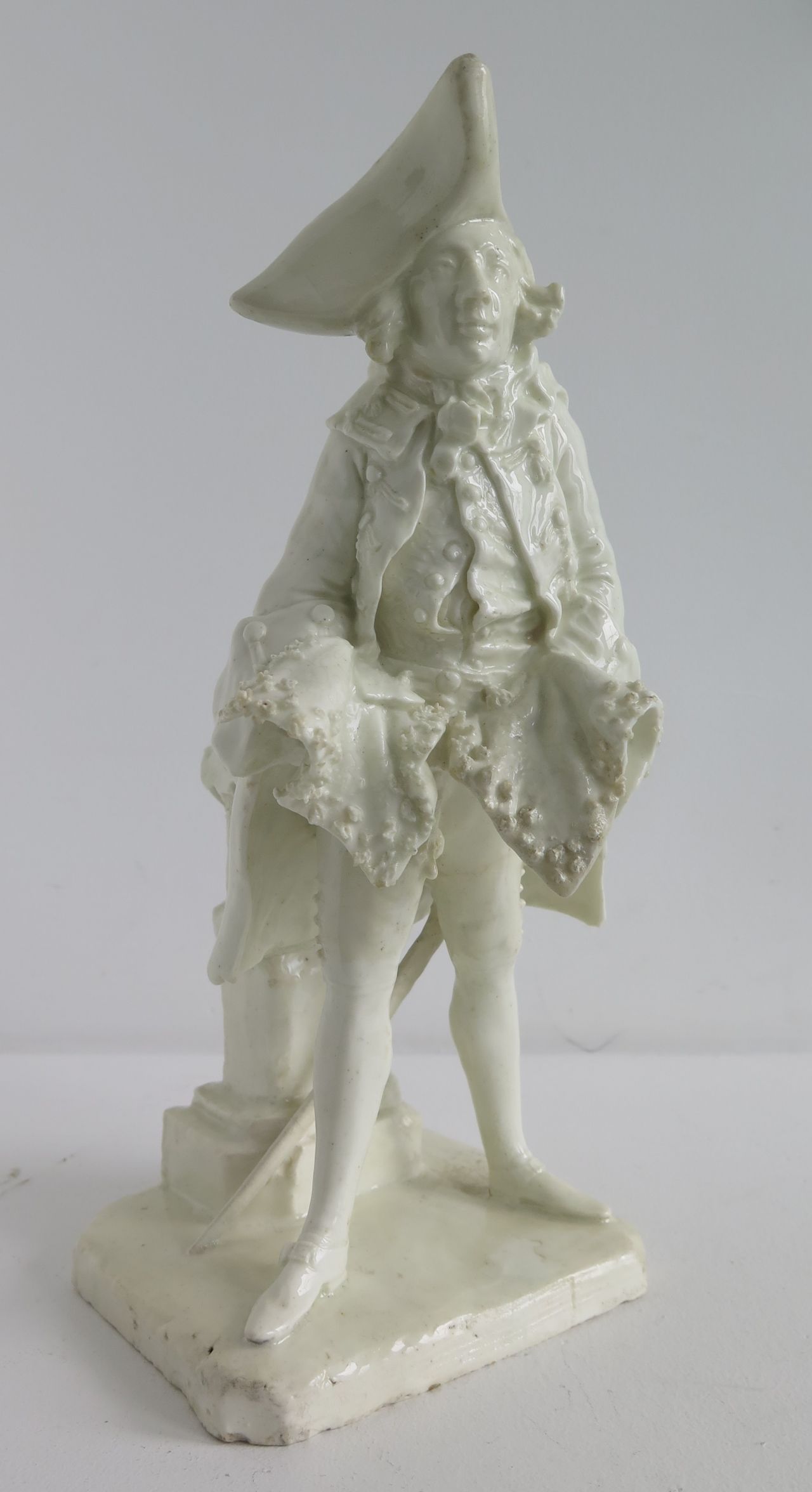 Throughout the year we celebrate ‘The Friends at 20’ and all the extraordinary contributions they have made since they were first established in May 1999.

To mark this year’s milestone, a number of special events are being organised to support the acquisition of a Bow porcelain factory, figure of Kitty Clive, England, circa 1750, as a pair to the recent acquisition of the figure of Henry Woodward (A1416-2018) purchased with funds provided by the 25th Anniversary Porcelain Fund and by the Nina Stanton 18th Century Porcelain Bequest.

English porcelain of the 18th century was a key collecting interest of our benefactor William Johnston and forms a large part of the collection. The Bow porcelain factory (active circa 1747–64, closed 1776) was originally located near Bow, in London but by 1749 it had moved to ‘New Canton’, its new factory, sited east of the River Lea. Along with the Chelsea porcelain factory, Bow competed in the manufacture of early soft-paste porcelain in Great Britain.

English porcelain factories made many figures after well-known actors and actresses. They were probably intended to be displayed on wall brackets or larger pieces of furniture in domestic interiors. Advertisements placed by the Bow porcelain factory, mention their use on ‘Mantel-pieces’ and ladies’ dressing tables. Both these figures of Henry Woodward and Kitty Clive are frontally posed, so they were probably displayed against a wall or on a mantlepiece.

The English theatrical figures Kitty Clive (as “the Fine Lady”) and Henry Woodward (as ‘the Fine Gentleman”) are based on the actor, playwright, theatre manager and producer David Garrick’s mythological burlesque Lethe, (1750–52) and, are probably the earliest full-length portrait figures in English porcelain and some of the earliest examples of Bow porcelain production.

The Friends continue to play a vital role in the life of the Collection and support the museum in so many practical ways. All donations and profits of ‘The Friends @ 20’ special events will go directly towards the acquisition of a Bow porcelain factory, figure of Kitty Clive.