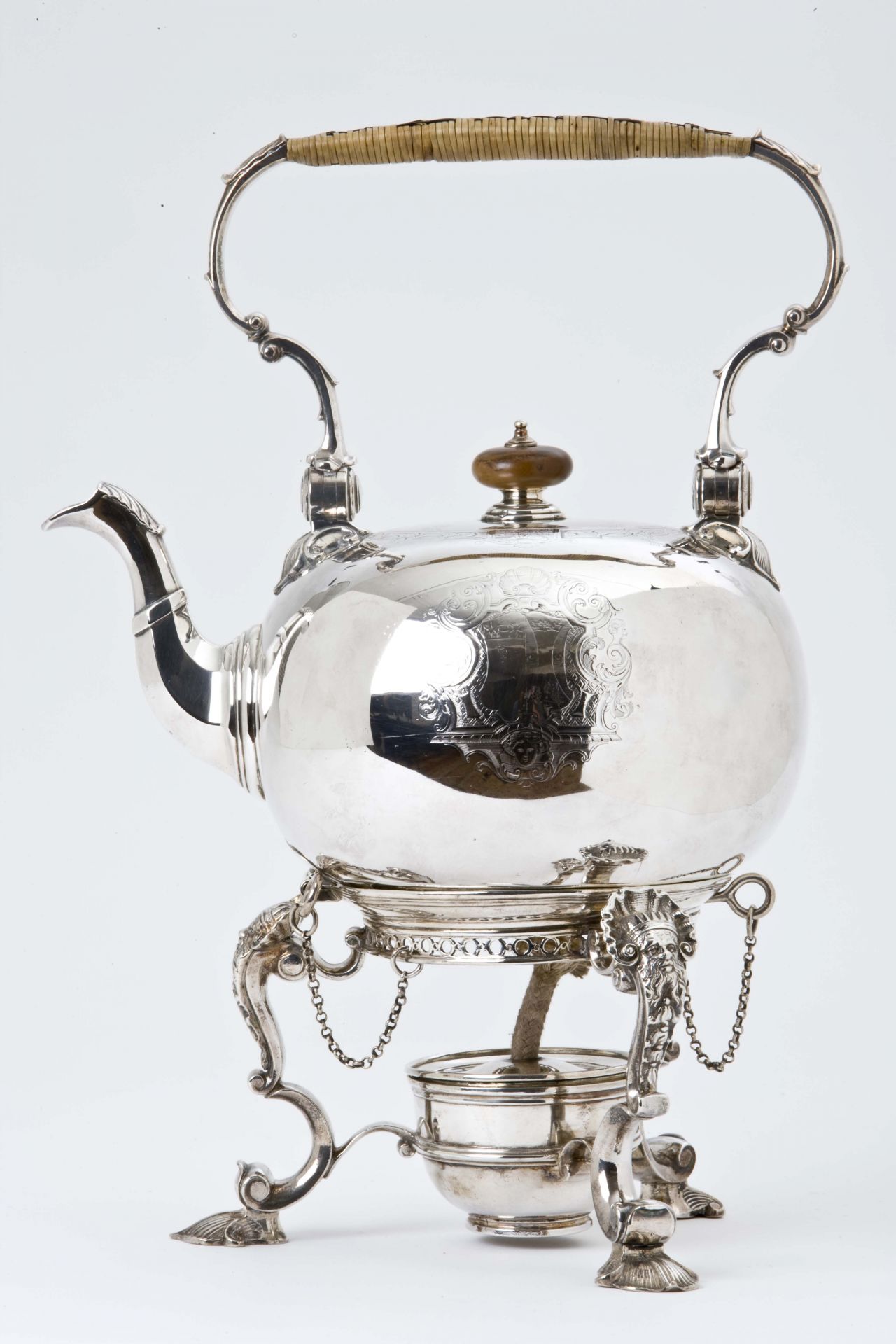 The sons of Huguenot immigrants were often apprenticed to masters who were of Huguenot origin and absorbed their master’s manufacturing skill and designing knowledge and were in a position to develop the ideas and designs brought by their masters from France. Huguenot silver is noted for its fine workmanship and design elements including strap work, cut card work, and cast and applied ornaments and decoration with elaborate engraving.

Archambo’s work is described as French in influence, and he is credited with helping to introduce the Rococo style into England (popular circa 1725 – circa 1765).

After serving his apprenticeship for ten years became a freeman of the Butchers’ Company on 7th December 1720 (rather than the Goldsmiths’ Company which was restricting the entry of foreigners to their Guild). He first registered his mark in London in 1721, his second mark in 1722, his third mark in 1739 and is thought to have retired around 1750 and died around 1767.

Archambo’s work is characterised as in a more restrained manner than that of some of his contemporaries such as the extraordinary silversmith Paul de Lamerie.  (Archambo’s son, Peter Archambo II, was initially apprenticed to de Lamerie).

In 1731 he produced the very fine hot water kettle with a circular body with a finely engraved contemporary armorial crest now part of The Johnston Collection. Such an elegant item was a key requisite for entertaining in style.

His work is characterised by restraint and often features marine motifs such as the crowned Neptune’s heads surmounted on a shell on the “knees” and the shell motif feet of the tripod stand of “our” kettle.

Other of his works in well-known collections include the magnificent wine-urn chased with masks, shells and strap-work and its companion a wine-cistern commissioned by George Booth, 2nd Earl of Warrington (1675–1758) which remain in the notable collection of silver at Dunham Massey in Cheshire. The Gilbert Collection now at the Victoria and Albert Museum, South Kensington has a neo-classical hot-water urn and a set of three exquisite caddies with finely engraved decoration. There is also a plain ewer at the Metropolitan Museum in New York.

Another point of interest is that one of his apprentices was Thomas Heming who served at his workshop from 1735-1745. Some of Heming’s work is distinctly French in character which may be due to the influence his master. Heming was an influential and highly regarded goldsmith and from 1760-1782 he was appointed Principal Goldsmith to George III. He was responsible for many pieces of large and important silverware, including regalia and plate for the coronation of George III in 1761.

This elegant kettle has been displayed at part of the 1740’s tableau of a tea table in the Gallery as part of the Imbibing Passions exhibition and more recently featured in the Shopping Experience promoting tea caddies.  It was purchased at Sotheby’s in October 2007 with funds donated by one of The Friends. It has a number of interesting connections for silver enthusiasts.