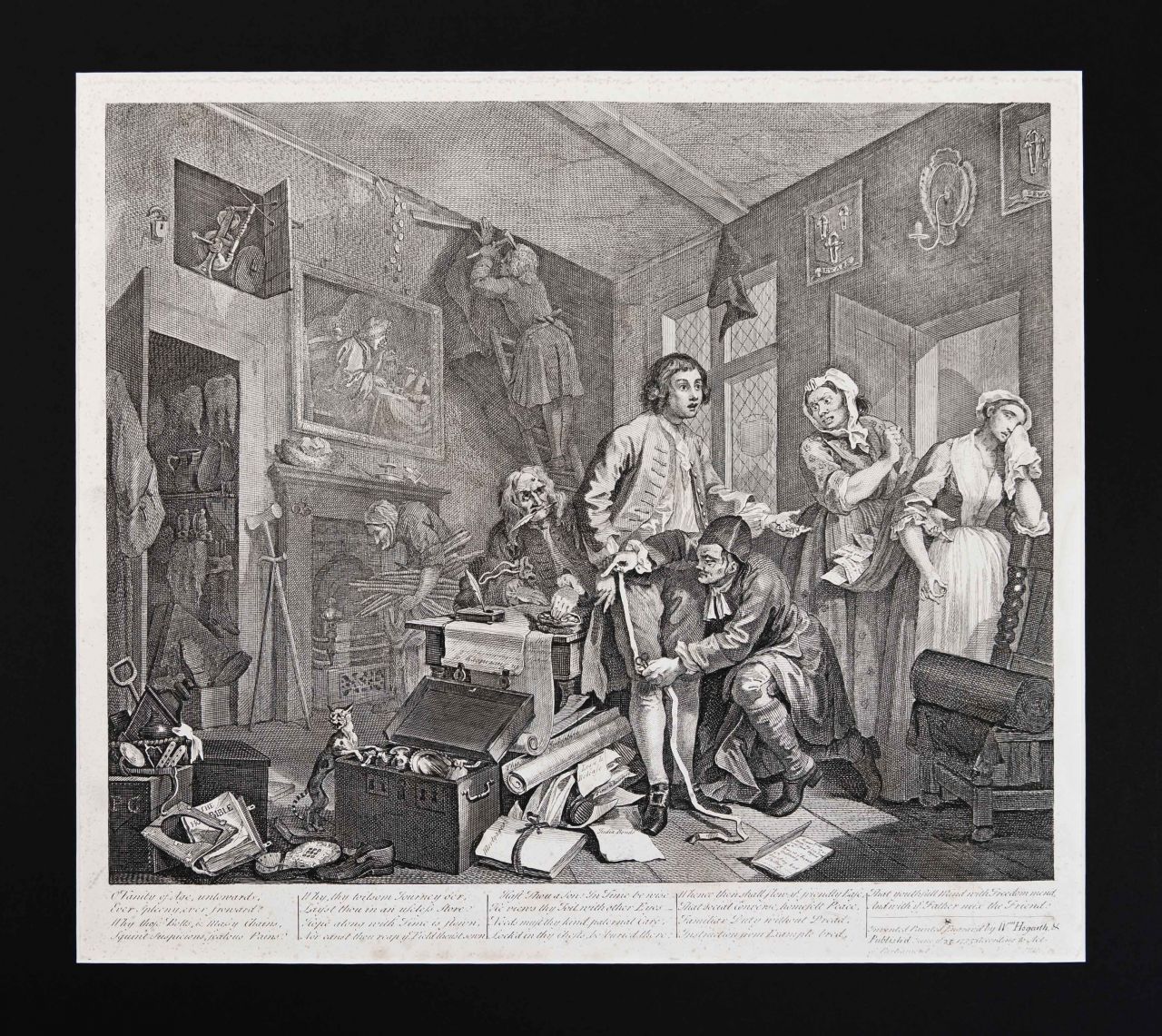 The series depicts the decline of the character Tom Rakewell, son and heir of a rich merchant. He became a spendthrift, wasting all his money on luxurious living, prostitutes and gambling. He was imprisoned in Fleet Prison (debtors’ prison) and finally went mad in Bedlam.

In both The Rake’s Progress and an earlier series The Harlot’s Progress, Hogarth satirises the vices and follies of Britain’s ruling classes, obsessed with appearances and the luxuries of life. Jenny Uglow in Hogarth: A Life and a World says “the single story line of The Rake’s Progress explores the doomed loneliness of affectation … and makes a statement about politics and values”

The work in the Collection, The Heir, is the first in the series. Tom comes into his fortune on the death of his miserly father. He is being measured for a set of mourning clothes. His pregnant fiancée, Sarah Young, is accompanied by her mother, who is holding Tom’s love letters. Tom is trying to buy her off with the offer of money. There is a painting over the fireplace of Tom’s father counting his money – and a workman is hanging black mourning cloth to the walls. Previously hidden coins tumble out.

A starved cat searches for food. The candleholder above the door is empty and the father’s crutches lean beside the fireplace indicating an emotional cripple of a father who gave his son no warmth.

Everything in the room is cold and dark. In the lower right there is more evidence of a miserly father – he has cut a sole for his shoe from the leather cover of a bible. Interestingly this was only included by Hogarth in a later revised edition. Mortgages, bonds, papers and documents litter the floor, and Tom has opened every box and cupboard to find evidence of his new-found wealth.

This article was originally published in Fairhall, Issue 5, March 2012, pp 11.