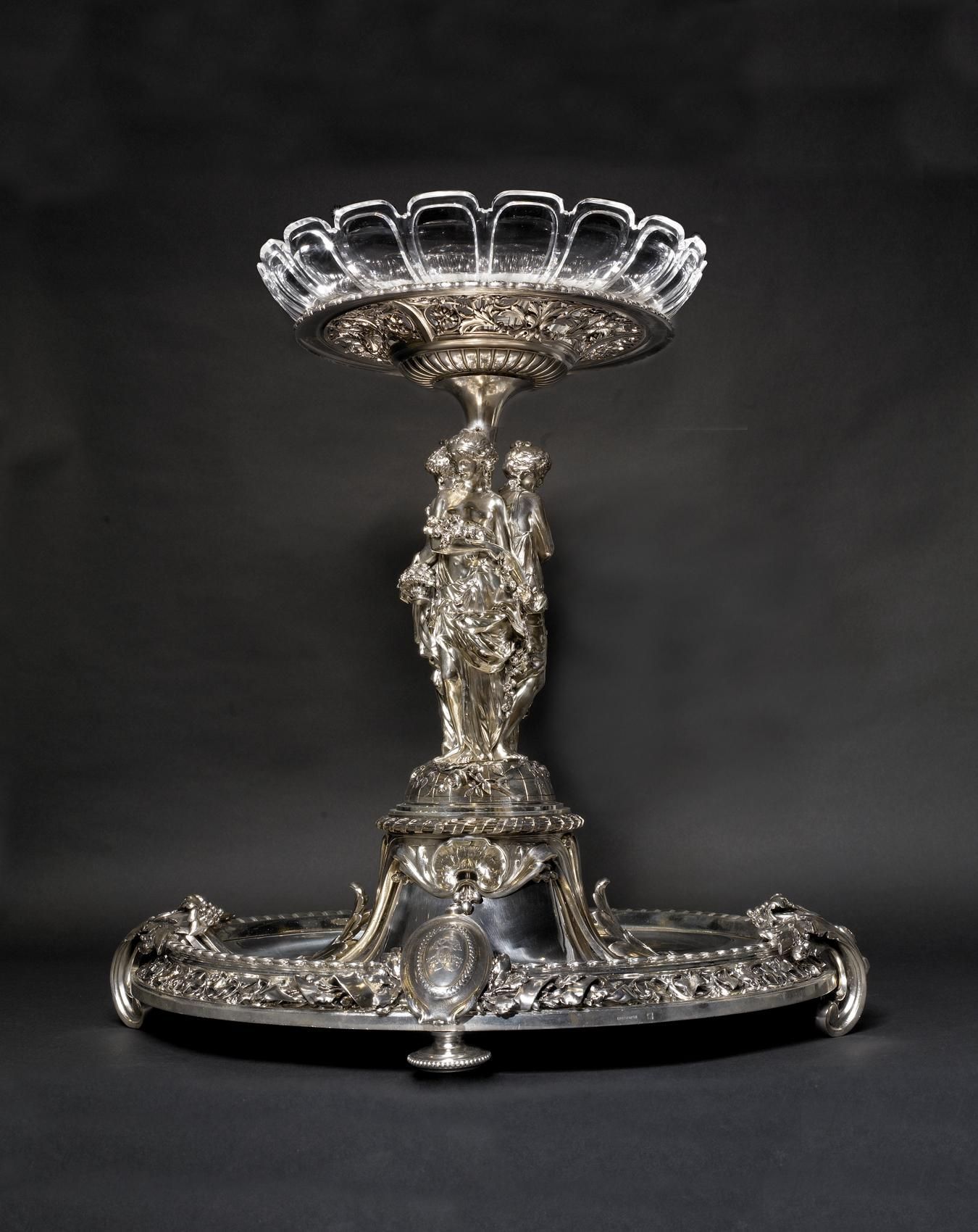 By the 17th century, dining in England had become more refined. When Charles II returned from exile in 1660, he brought many French customs, including a new style of dining known as dining à la Française, or ‘the great pleasure of eating with the eyes.’

This was appropriate for smaller elegant dinners and suppers that were now in vogue; in fact it was accepted as the only civilised way of dining. It meant that diners would now see the choice available and then help themselves to the array of dishes that were placed within their reach. In medieval dining, wealth had been displayed on the sideboard, but now it was seen on the table, in the form of the number of dishes, exotic food, knives, forks and spoons, silver and porcelain dinner services.

There were many dishes for each course, which remained on the table for fifteen minutes before being replaced. These dishes were arranged symmetrically and elegantly on the table, before the diners sat down, and cookery books of the time gave instructions on the layout of the table. By the early 18th century, a surtout was placed in the middle of the table. It was a decorative tray that held the central tureen, surrounded by sugar casters, cruets, and spice boxes containing flavourings for the soups and ragouts. By the 1760s this centrepiece often held candle branches. Gradually this practicality gave way to decorative excess, so the surtout became an elaborate centrepiece known in England as an epergne.

The first course consisted of two varieties of soup. Entrees included vol au vent, tongue, eel and sweetbreads and side dishes. The hors d’oevres, such as small pies, tuna, oysters, eggs and artichokes, remained on the table when the larger plates were removed.

The second course would be placed on the table in the same order as the first course. It consisted of the pièce de résistance which might be a roast of a turtle, swan, peacock, mutton, fish or suckling pig accompanied by salads, vegetables, creams and jellies.

Dessert was no longer a separate meal but became a course of the meal. It was either placed on a clean cloth on the same table as the remainder of the meal or at a separate table in the same room. It was the decorative part of the meal, consisting of cheeses, fruit, pastries and patés. No one was expected to try all the food but the abundance of dishes provided “a feast for the eyes.”

The long thin medieval trestle table gave way to a wider table to accommodate all the symmetrically placed dishes, silver and table decorations. Diners sat on chairs around the table and by the late 17th century, dining was in a smaller separate room used specifically for eating.

By 1782, the host provided each diner with his own knife, fork and spoon. Wealth was manifest in the food presented, especially if it contained spices from the East, exotic food like pumpkin from America and French-style sauces. Elegant and expensive matching porcelain dinner services, for serving and eating from, added to the concept that wealth was seen on the table rather than the medieval sideboard.

Although dining à la Française remained popular for about 150 years, it did have some disadvantages. The first course was already on the table by the time the guests were seated so the food was cold or lukewarm when consumed. The amount of food provided ensured that diners either tended to overeat or there was huge wastage. This style of dining gradually was overtaken by service à la russe which was regarded as more practical.