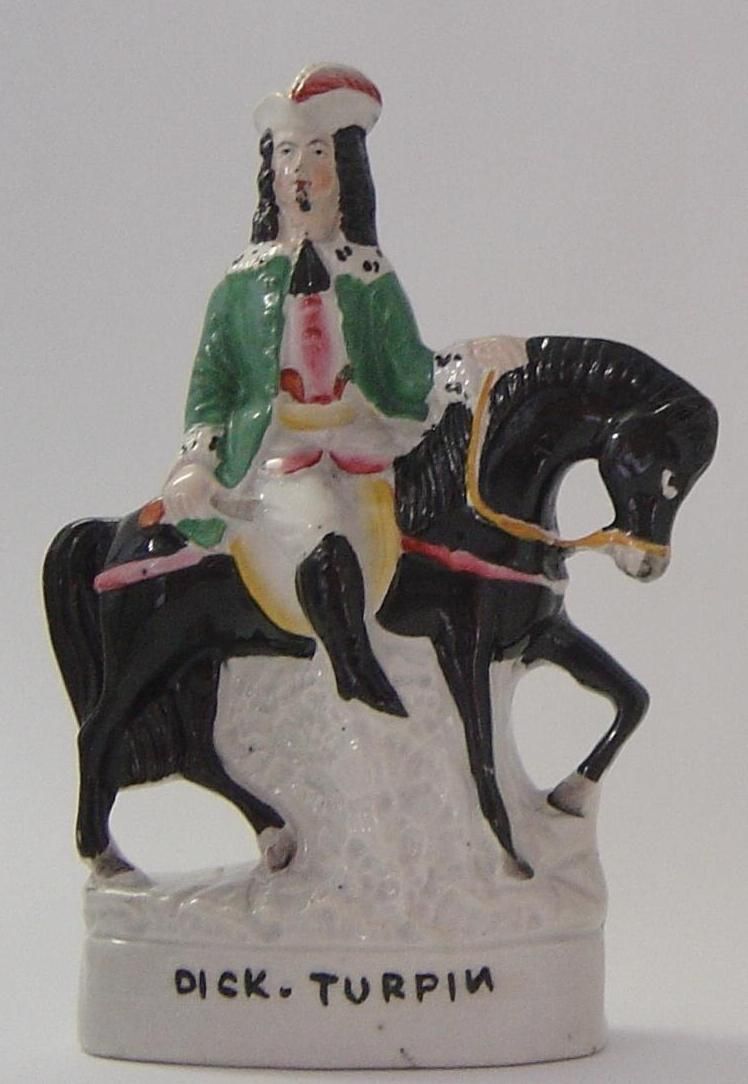 In the Johnston Collection there is a figure of Tom King the highwayman, mounted on a horse, holding a pistol in his right hand. He is wearing a black coat and tricorn hat. Tom King was famous for being a partner of highwayman Dick Turpin, so the moulded figures were often shown as pairs. There is no date of birth recorded for Tom, however he died in 1735, when he was accidentally shot by Dick Turpin in Epping Forest.

Dick Turpin was the son of an Innkeeper. He entered into partnership with Tom King, and they made their living as highwaymen stealing horses. They operated in Epping Forest in the early part of the 18th Century. It was here that Dick accidentally shot and killed Tom, when he was aiming to shoot an Innkeeper. Dick escaped to Yorkshire, where he was arrested four years later and executed in April 1739. He is seen here mounted on his horse Black

Bess and holding a pistol in his right hand. He is wearing a long green coat and a tricorn hat, with a plume. The story of Turpin, his famous mare Black Bess and King was popularised in Harrison Ainsworth’s novel Rockwood (1834).

This article was originally published in Fairhall, Issue 7, November 2012, pp 7.