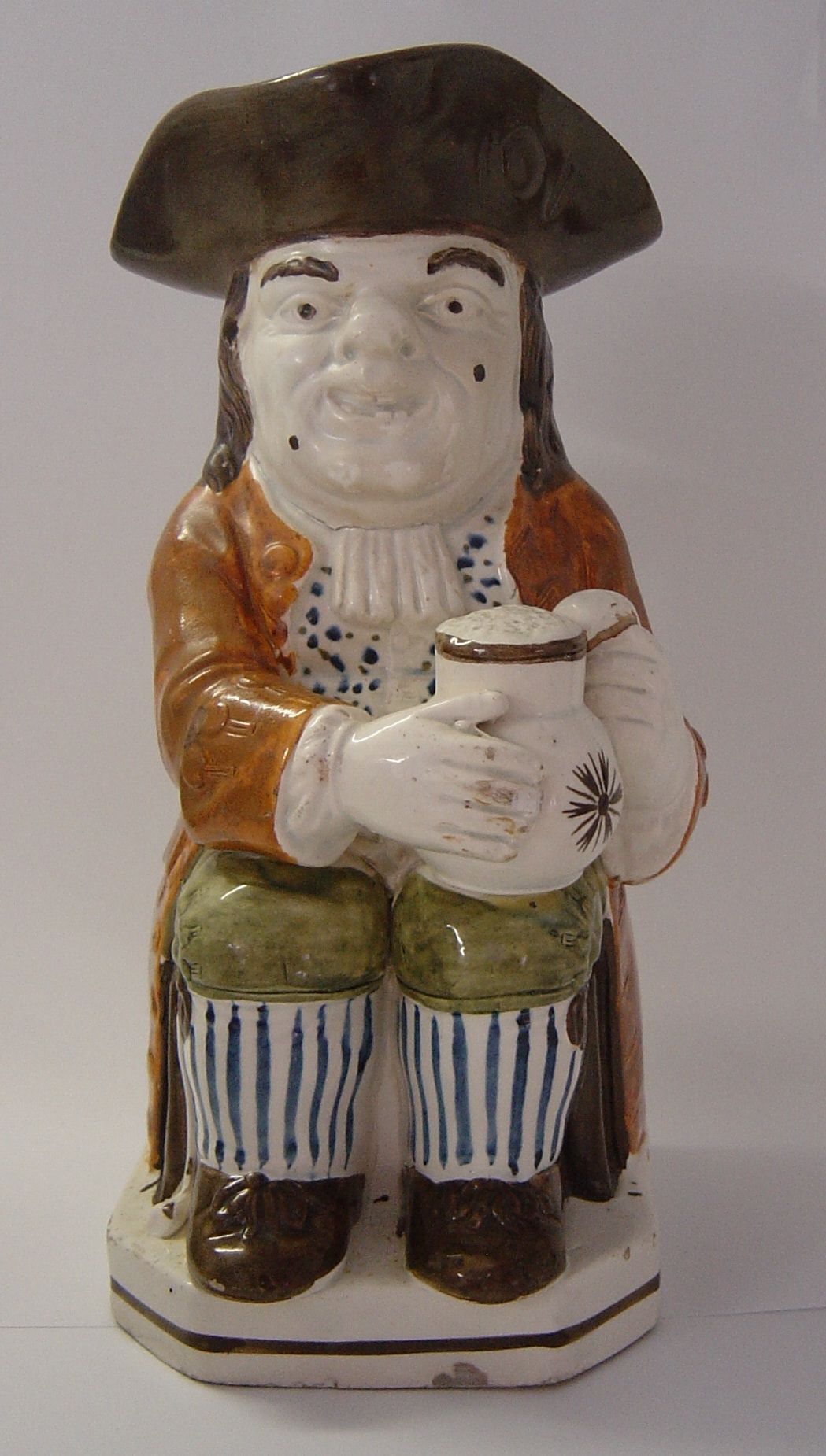 Toby Jugs originated in the 18th century from the Staffordshire Potteries in England. The first Toby Jug was made by Ralph Wood I (1715-1772) of Burslem and later by his son Ralph Wood II. Jugs which depicted a human figure, or just the head and shoulders of a figure, are referred to as Toby Jugs. Other potteries began producing similar designs. They were cheap enough for the farmers and lower classes to purchase as decorations for their cottages.

Toby Jugs were usually made of earthenware, using a soft clay mould. The use of plaster of Paris moulds was introduced into Staffordshire by the Frenchman Ralph Daniel. These were ideal for their ease of use, speed and detailed moulding. The final product was fired several times in the kiln, and then finished with a coloured, translucent salt glaze. Toby jugs were a popular pottery drinking jug in the form of a large, jovial seated man holding a mug or jug of beer and a pipe, like the one pictured here. This figure is wearing a tricorn hat typical of 18th century clothing. The tricorn hat forms a pouring spout, and a handle is attached at the rear of the jug.

The name Toby Jug appears to derive from Toby Philpot, who was the subject of an old English drinking song, The Brown Jug, penned by Francis Fawkes and published in 1761. Toby Philpot was the nickname of Harry Elwes, a notorious 18th century drinker and a chronic drunk. Another theory is that it was named after Sir Toby Belch, a character in Shakespeare’s Twelfth Night.

The making of Toby Jugs is a continuing tradition. A series modelled by Carruthers Gould for the Royal Stafford Pottery during the First World War, depicts heroes of the time, such as King George V, Lord Kitchener, Earl Haig, Admiral Beatty and Sir John French and later on, Winston Churchill.