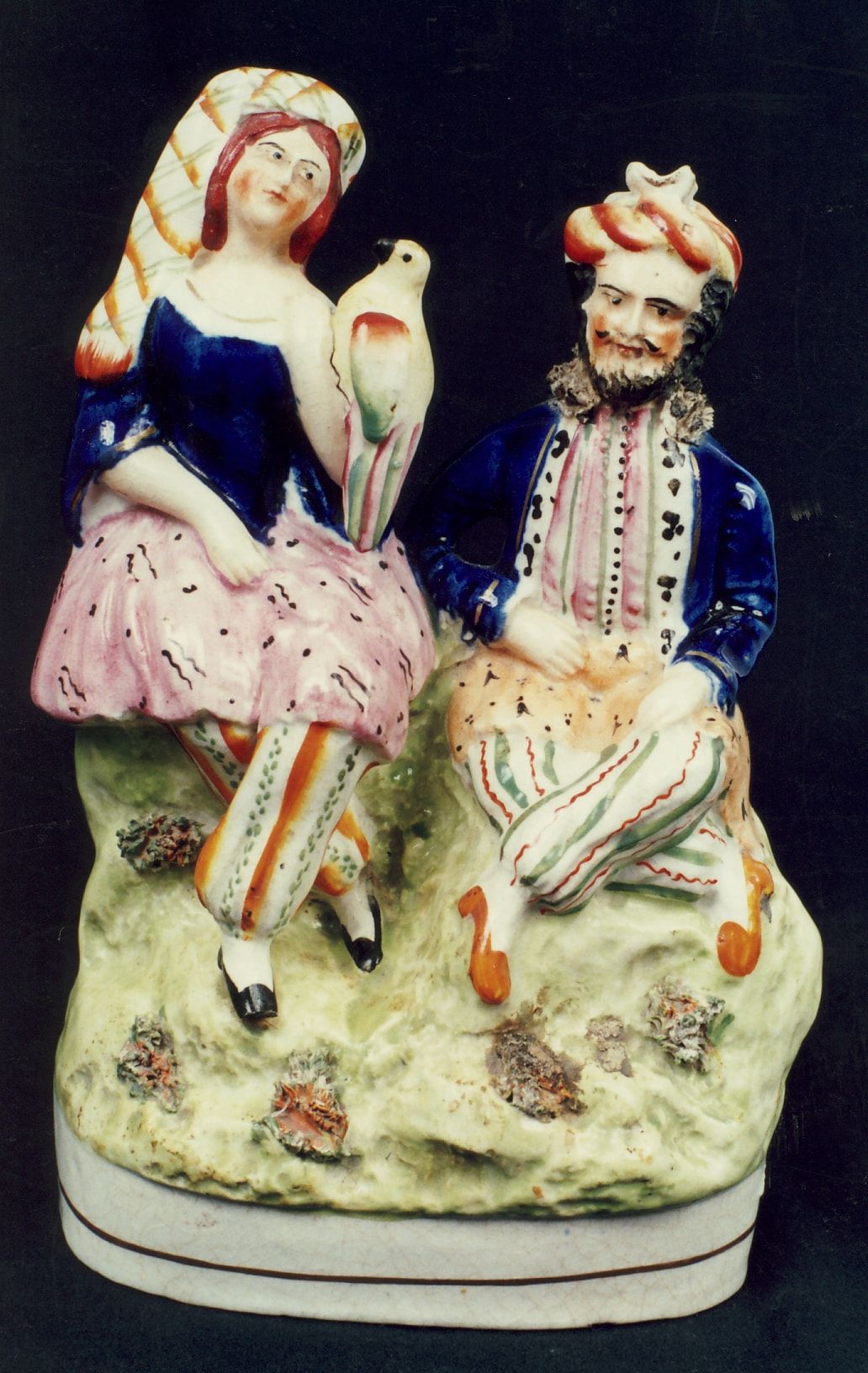 William Dimond originally dramatized Byron’s 1813 poem The Bride of Abydos for the stage and it was first performed at Drury Lane Theatre in 1818. The figure group (Selim and Zulieka), probably modelled after a print, represents an especially popular subject, those of actors and actresses.

The Bride of Abydos is a poem written by Lord Byron in 1813. It is one of his earlier works and is considered to be one of his heroic poems. The poem alludes to the love story of Zuleika and Selim.

The story of Zuleika appears first in Persian and Arabic literature and later in Turkish literature, which focuses on the love story of Zuleika and Joseph (Yusuf in Persian and Arabic). Zuleika is married and Joseph is a servant in the household, who resists Zuleika’s attempts to seduce him. Byron’s The Bride of Abydos tells the tale of Selim and Zuleika. Giaffir (Zuleika’s father) has arranged her marriage, however she has fallen in love with Selim. Although she believes he is her half- brother, as he has been brought up by Giaffir as his son, he is actually the son of Giaffir’s brother, who was killed by Giaffir. Selim tells her the truth about her father. Selim is killed by Giaffir and his men and Zuleika dies of sorrow for her lover.

Zuleika was a strong woman as she defied her father and chose her lover, rather than accept the arranged marriage proposed by her father.