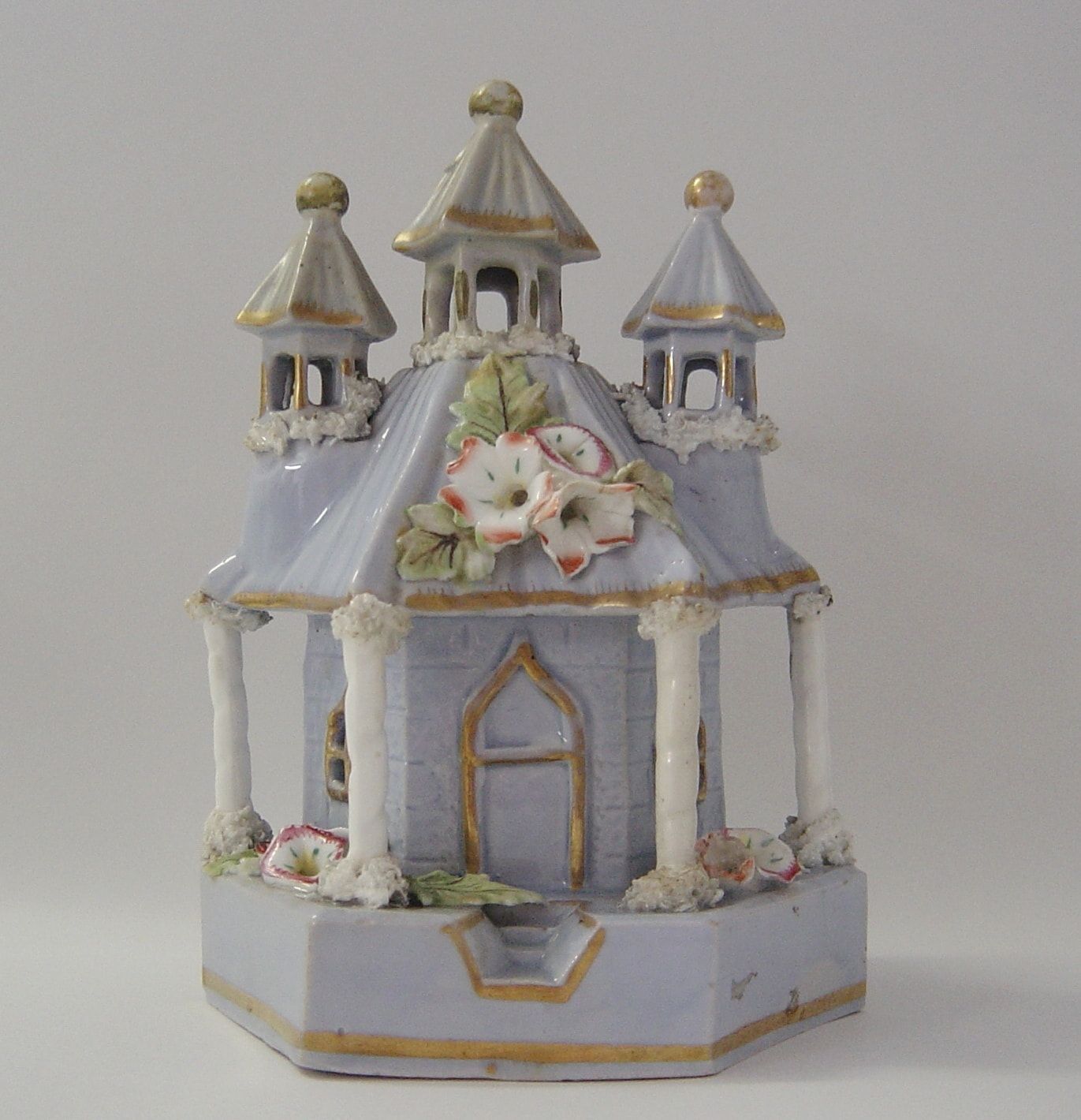 The Industrial Revolution in England caused a migration of people into the big cities in search of better wages and better working conditions. For the working class often this resulted in overcrowding in their housing conditions. There was poor sanitation and as you could imagine, smells could be appalling.

Pastille burners were a way of combating these odours by burning pastilles of aromatic substances, which emitted sweet scented perfume into the room. They were made of porcelain or silver for the upper classes and by the late 18th – early 19th century, pottery burners were bought by the middle and lower classes. They were modelled as cottages with a removable thatched roof, tollhouses, dovecotes decorated with flowers and by the 1830s the cottages had open windows so they became night lights as well. By 1840 designs for pastille burners included Chinese temples, Swiss cottages and turreted castles, all of which appealed to the Victorian taste. Pastille burners remained popular for all classes until 1870 when improvements to sanitary conditions were made. In The Johnston Collection there are several burners in the shape of cottages and turreted castles made of pottery.

This article was originally published in Fairhall, Issue 3, July 2011, pp 15.