PRIDE AND PREJUDICE AFTER 200 YEARS 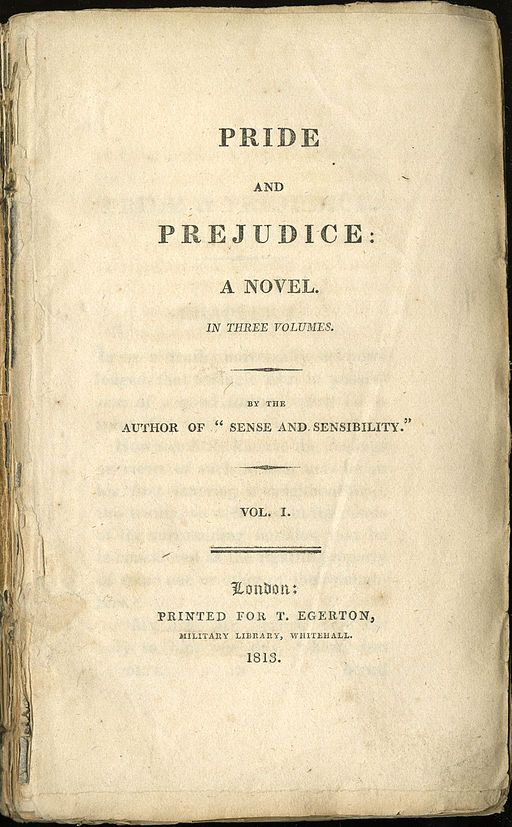 PRIDE AND PREJUDICE AFTER 200 YEARS

Pride and Prejudice was published anonymously on 28 January 1813.

People loved it from the start and a second edition was published nine months later. One of its enthusiastic first readers was Sarah Harriet Burney, herself a novelist, whose comments to her friend in a letter later that year will be echoed by all Jane Austen readers two centuries later: Yes, I have read the book you speak of, ‘Pride and Prejudice’, and I could quite rave about it! How well you define one of its characteristics when you say of it that it breathes a spirit of ‘careless originality.’ It is charming: -Nothing was ever better conducted than the fable; nothing can be more piquant than its dialogues; more distinct than its characters.

The novel came out in three volumes, and Burney says ‘I have only just finished, and could begin them all over again with pleasure.’

Why does Pride and Prejudice continue to enthral and charm its readers? One reason must be the character of the heroine, whom Jane Austen herself confessed she thought ‘as delightful a creature as ever appeared in print’. There had been feisty and attractive heroines in novels before, but Elizabeth Bennet’s combined wit, grace and vitality, and, as the story develops, her increasing self-knowledge and wisdom, make her irresistibly attractive.

Another reason for the novel’s hold on readers is that Mr Darcy’s true nature is kept hidden from them for many chapters. We see that he is passionately attracted to Elizabeth, but he seems to ruin his chances by his arrogance in the proposal scene. When Elizabeth reads his explanatory letter, she is forced to see that he has his reasons but it doesn’t really change her opinion or imagine that their relationship has any future, that they might be reconciled.

And yet they are. There’s a second chance, and Pride and Prejudice, which is often called a great romantic novel, leads up to and includes the extraordinary event of Darcy’s second proposal. Of course, a romantic novel in one sense it obviously is, and there is a Cinderella element to this tale of a not very well-off girl capturing the love of a rich and powerful gentleman, and being carried far away from her inconvenient parents to his wonderful estate. But the reader is allowed to enjoy this fantasy at the same time as a quite different kind of story is melded into it: this is an account of how these two intelligent and attractive people came to understand themselves, how they changed and grew into mature adults who both love and respect each other. So while Pride and Prejudice is a romance, it is also a novel about the possibility of a true marriage.

For Elizabeth and Darcy’s tale is interwoven with three or four other marriage narratives. The dialogues between her parents are amusing, but they also display incompatibility between husband and wife that can never be repaired. Charlotte Lucas’s angling for Mr Collins and her determination to get herself married at all costs is a sombre commentary on the situation that might one day face Elizabeth. For Charlotte, any husband is better than none. Lydia and Wickham’s patched up marriage is doomed for other reasons, but at least there is some genuine passion on one side. The courtship and love of Jane and Bingley offers another side-light on the central romance. They go through trials, but their misunderstanding and reconciliation has involved none of the self-blame and self-criticism that strengthens and deepens the characters of Elizabeth and Darcy.

Pride and Prejudice is a wonderful novel, full of youthful high spirits, but an intensely intelligent and wise one as well.

John Wiltshire is Adjunct Professor at La Trobe University and a regular lecturer at the Collection. He is the author of four books about Jane Austen, and has edited Mansfield Park for the authoritative Cambridge edition. His most recent publications are The Cinematic Jane Austen (2009) and The Making of Dr Johnson (2009). Hidden Jane Austen is forthcoming.

This article was originally published in Fairhall, Issue 8, March 2013, pp10