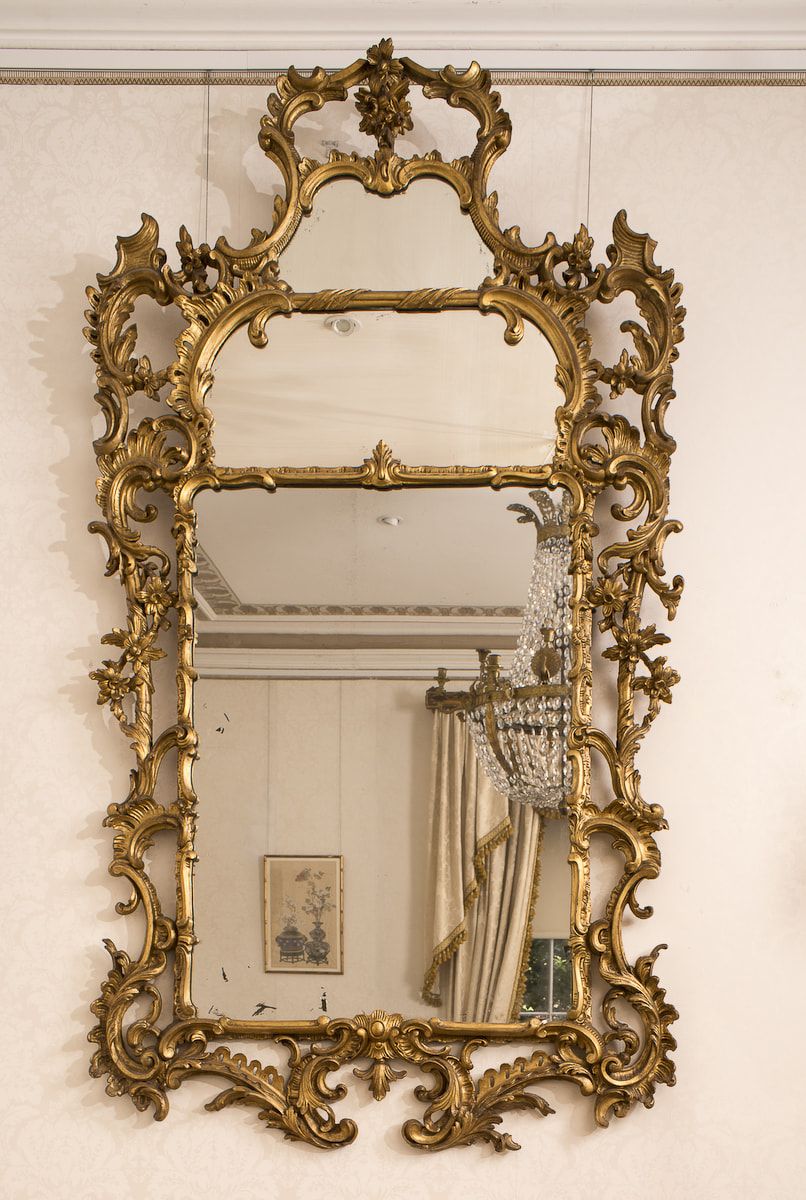 The stylised leaves of this plant are the most widely used plant forms in European ornament. Acanthus leaves were popular with both Greeks and Romans on capitals in architecture, and for decorative purposes. The Roman version is more realistic than the Greek and Byzantine, which was stiffer and more formal. The leaves are symmetrical in Baroque decoration, while in Rococo they were generally twisted to one side, in keeping with the asymmetry typical of the Rococo style.

The fleur-de-lis is a stylised emblem of a French lily widely used as ornamentation in heraldry and the decorative arts. It consists of three petals, the centre one is upright and the other two curve right and left away from it, but joined by a band towards the base. This emblem has become important due to its association with the French Royal Arms. There is a legend regarding the Frankish King Clovis. (466-511 CE). He was the first barbarian king to become a Roman Catholic and his kingdom dominated much of Western Europe. At his baptism the lily, which is a sign of purity, was sent from heaven in the shape of a dove descending, symbolic of the Holy Spirit.

Loops of flowers and fruit bound together with ribbons and leaves were common in Classical Roman ornamentation on friezes of temples. It became popular for interiors and on furniture in the 17th century and was used frequently by Gibbons. The Neoclassical style saw it presented in a lighter form on furniture, and was very fashionable as decoration on ceilings in the dining room. It was also used as decoration on silver and porcelain.

This article was originally published in Fairhall, Issue 3, July 2011, pp 9.