OVER THE TEA CUPS: THE POMP AND STYLE OF TAKING TEA 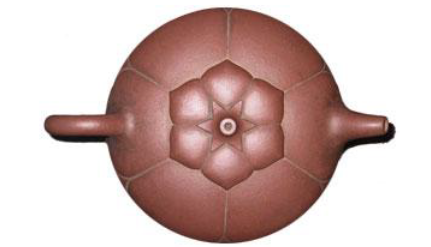 OVER THE TEA CUPS: THE POMP AND STYLE OF TAKING TEA

One of the earliest forms of teapot exported to Europe by the Chinese was the earthenware teapots from Yixing in Jiangsu province in China.  Potters in this area had been making earthenware vessels since around 1000 CE.  During the Ming dynasty, 1368 – 1644 CE, the teapot was invented.

The clay called “zisha” from this region has some characteristics that make it perfect for teapots – it contains no toxic elements, and is very porous.

This porosity means that it absorbs the flavour of the tea, making a better tasting brew with more and more use.  It is said that you can make a pot of tea without any tea leaves from a Yixing teapot, because of the flavour it absorbs and releases!  For this reason, users never wash the teapots, only rinse.  Porosity also means that the teapot retains heat well, another bonus for tea drinkers.

The clay comes in many colours from light buff to deep maroon and purple tones, and the designs are quite fanciful, often echoing nature – plants, twigs and animals were popular themes.

These little teapots appeared on English tables from the 1660s onwards and were seen as a more reliable alternative to the English soft porcelain versions that were also known as “exploding teapots”!

In The Johnston Collection we have a small contemporary Yixing teapot in our teaching collection very similar to the ones that we see in 18th century paintings of English families taking tea.

It will be on display in ‘The Blue Room’ during our Over The Teacups tours in March and May.  Visitors will learn about the history of tea drinking, the development of tea wares in China and England and the revolution in drinking and social mores that tea brought about in the late 17th and early 18th centuries.

Finally, visitors adjourn to the Kent Room for a morning or afternoon tea of cucumber sandwiches, scones and pretty cakes and of course a choice of black, white or green tea!