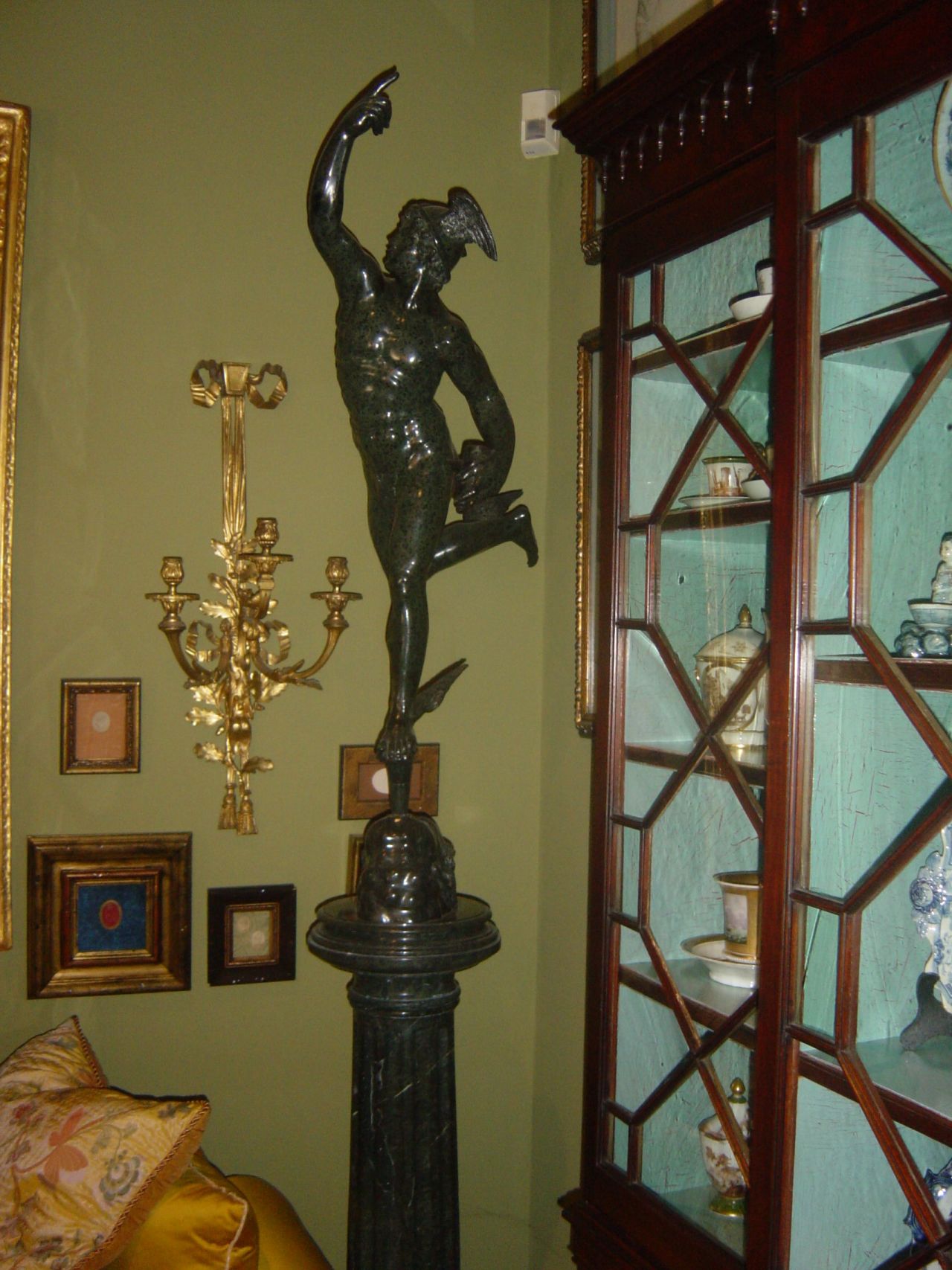 Flipping through Gombrich’s History of Art I came across what I believe to be the prototype for our Mercury, by a Flemish sculptor named Jean de Boulogne (1529), whom the Italians called Giovanni da Bologna.

The background to this work, according to Gombrich, is thus: “Round about 1520 all lovers of art in the Italian cities seemed to agree that painting had reached the peak of perfection. Men such as Michelangelo and Raphael, Titian and Leonardo, had actually done everything that former generations had tried to do. No problem of draughtsmanship seemed too difficult for them, no subject-matter too complicated. They had shown how to combine beauty and harmony with correctness, and had even surpassed - so it was said - the most renowned statues of Greek and Roman antiquity.”

This left the new artists in something of a quandary - what should they now do? One characteristic of the Mannerist period (as it came to be known) which pertains to Bologna’s Mercury, was the elongation of the limbs, which led to a more gracious and sinuous style.  Bologna was instrumental in making this style popular.

Bologna created a statue which conveyed a sensation of flight through the air by relying on free movement around which the figure is seen.  Thus, the space becomes an active part of the composition.  Mercury leaps into the air.  The tip of his toe touches a gust of air coming from a mask personifying the South Wind.  The statue is so carefully balanced that it seems to hover in the air, and at the same time glides through it.  A classical sculptor, or a Michelangelo, might have found such an effect contrary to their concept that a statue should remind one of the heavy block of matter from which it was shaped.  Bologna defied these established rules, and created something new in Western art.  Our own Mercury follows in the tradition established by Bologna.