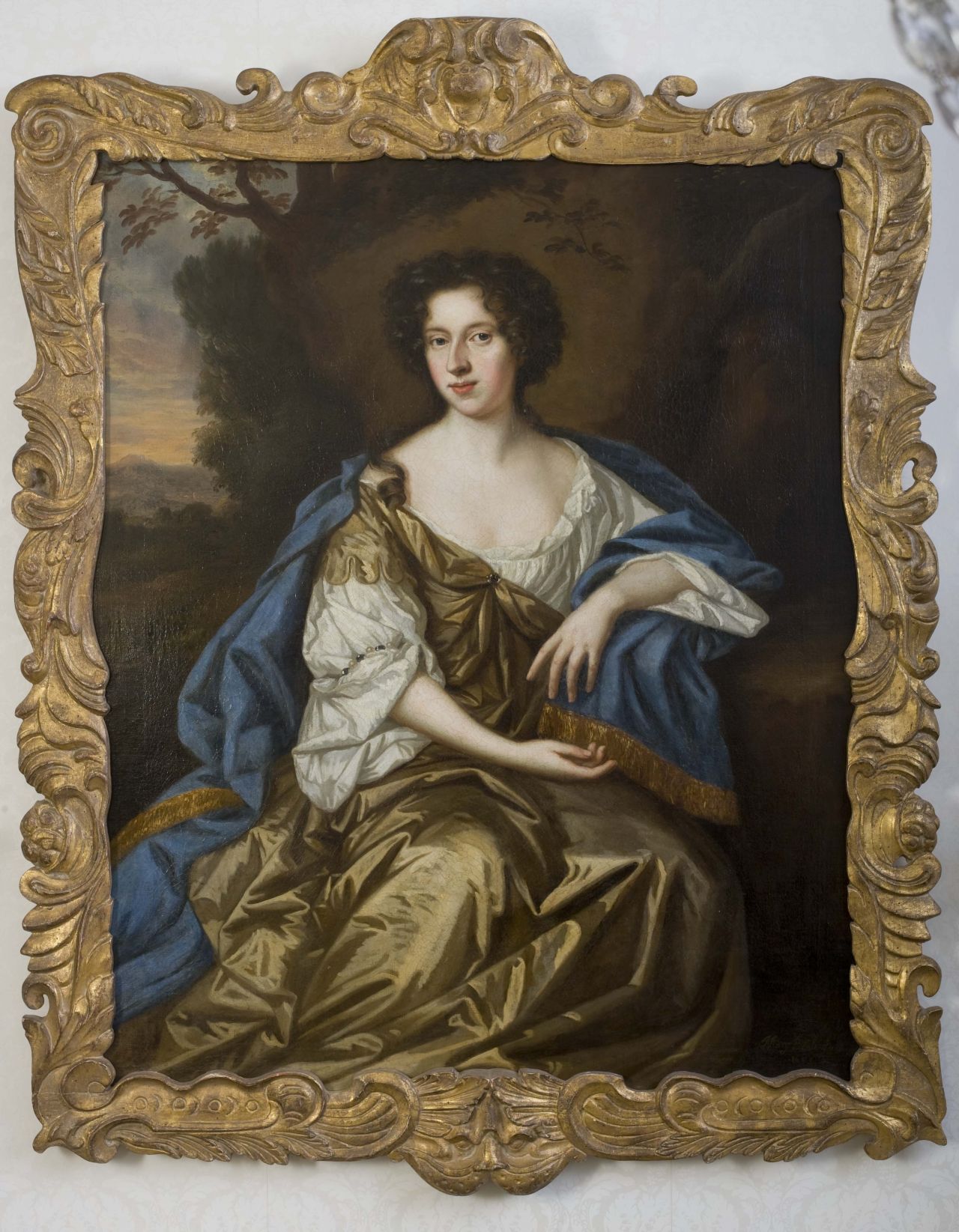 The Johnston Collection is fortunate to possess the oil portrait of Elizabeth Pelham by renowned 17th century artist, Mary Beale. Beale’s painting is a favourite among our guest curators, most recently selected by Romance was Born for the Yellow Room in The Bride, The Ship & The Wardrobe tour. Mary Beale (1632/3-1699) was the most prominent and prolific female portrait painter in 17th century England and has been described as the first professional female English artist. As well, she is probably the best documented artist to work at that time due mainly to the detailed notebooks kept by her husband, Charles. Mary Craddock was born at the Barrow rectory, Suffolk. The elder of two children of the Reverend John Craddock and his wife Dorothy, Mary was ten when her mother died. Her father, a notable amateur painter, was probably Mary’s first teacher.

In 1652 Mary married Charles Beale, together taking up residence in Covent Garden. By 1660 Mary had given birth to three sons, Bartholomew who died and was buried in 1654, a second son, also Bartholomew and the third, Charles, and had gained a reputation as an artist. By 1664 Charles’s job was no longer secure and with the plague threatening, the family moved to Hampshire. Whilst there, Mary wrote Discourse on Friendship in which she espoused equality between men and women, a radical idea at the time. It also emphasised the central place religion had in her life and demonstrated that she regarded friendship as ‘spiritual’ and the joy and happiness it engendered as preparation for eternal life. On returning to London in 1670, Mary put her philosophy into practice, establishing herself as a professional artist in Pall Mall. Her studio was a family affair. Charles was responsible not only for providing pigments and materials and priming her canvases, but also his experimentations were geared to providing quality materials for minimal cost. Her sons, Bartholomew and Charles, were her studio assistants. The diaries of the Beales’ close friend Samuel Woodforde reveals Mary as a ‘sympathetic and hospitable’ friend and the household as a ‘puritanical’ one, regularly setting aside ten per cent of their income for the poor. Both sons went on to become artists. Charles was a miniaturist and Bartholomew eventually studied medicine. Beale’s career was assisted by Sir Peter Lely, court painter (Charles I / Charles II), who allowed her to study his painting techniques and make replicas of his portraits resulting in a lucrative career. 1677 was Mary’s most prosperous year, with her career declining after the death of Sir Peter Lely in 1680, when she became so unfashionable her signature was sometimes painted out.