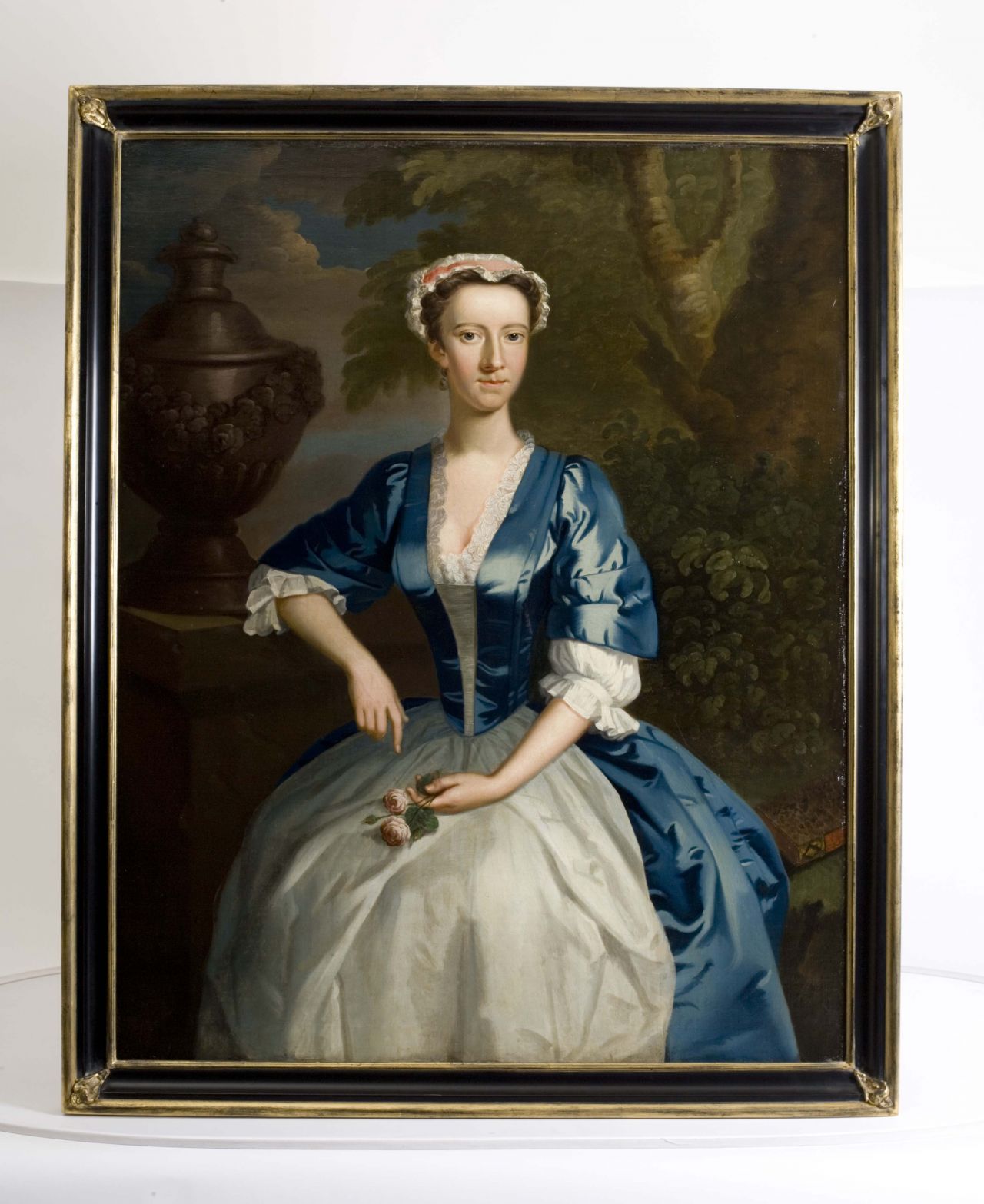 Seated within an Arcadian setting, the portrait of a young lady with roses gazes calmly out at the viewer. She wears a Robe à l’Anglaise with bodice and overskirt of lustrous blue silk. The beautifully detailed and costly Point d’Angleterre lace seen at the neckline suggests that she belongs to a family of wealth, while the smallness of her waist is emphasised by her billowing skirt.

In the 18th century, stays were worn by girls from an early age to improve posture, although it was said that ‘the first day of wearing them was very nearly purgatory.’

The Lady’s right elbow rests on a pedestal supporting a carved, rose-swagged urn, while her left hand holds two pink roses with buds and rests in her lap. Her index finger on her right-hand points towards the roses, which clearly indicates that they are central to the meaning of this work; a meaning that would have been understood by the intended viewer, in the society in which it was made.

For centuries roses have been associated with the notion of love and beauty; first in the Middle Ages as a symbol of the Virgin Mary, and later during the Renaissance as a symbol of Venus, Goddess of Love. In the 17th and 18th centuries, a portrait with flowers was a popular subject with artists and sitter alike, conveying notions of love, beauty, youth and the transience of life itself. However, according to Celia Fisher, author of Flowers in the Renaissance, flowers held in the lap adjacent to the womb signified fertility, pregnancy or future children.

untitled (portrait of a young lady