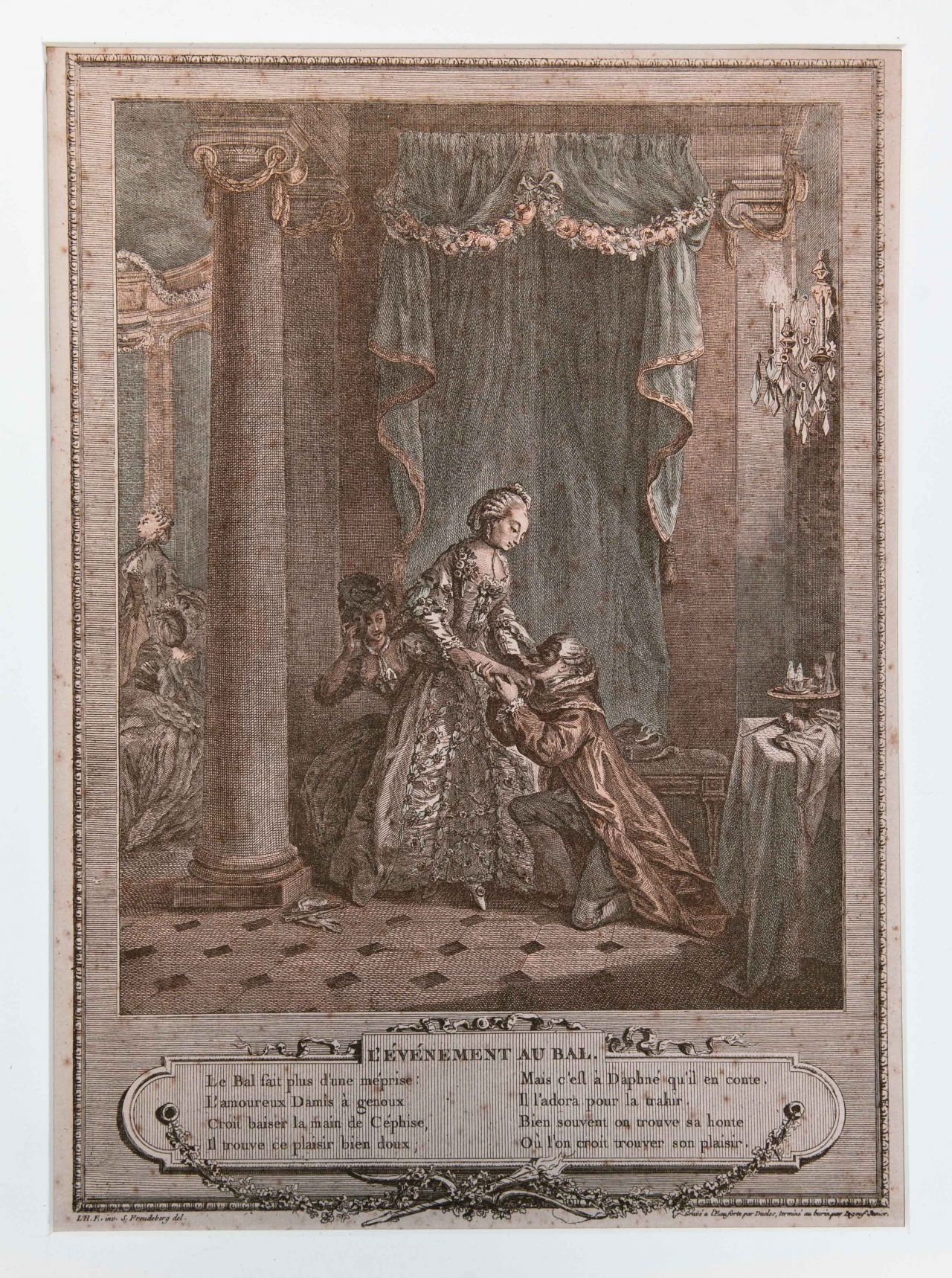 Historically, fashion plates were engravings illustrating current styles in dress. The first known fashion plates began circulating at the French court during the reign of Louis XIV to publicise what the nobility were wearing, however nothing occurred at a systematic level until the late 18th century when the latest fashions began to find their way into regular publications.

One of the first such publications was The Lady’s Magazine, which appeared in London every month from August 1770 onwards. It was the first of the true fashion magazines that was issued regularly. The plates were not decorated with colour until 1790. Before then, dressmakers might colour the plates themselves to enhance the dress designs and entice their customers to order garments. Alternatively, subscribers could hand their dressmaker a hand-coloured fashion plate with a note outlining their instructions.

The Johnston Collection has borrowed four plates from The Lady’s Magazine from The University of Melbourne Library, Special Collections for our current Gallery exhibition, Pride & Ornament: The Folly of Vanity.

The earliest of these plates depicts two ladies from 1775 in ‘the newest Dress’. In the 1770s, the French

dominated fashion and English women enthusiastically adopted the latest styles from the French Court, where women’s dresses were not so much articles of apparel as awesome architectural constructions with gigantic coiffures incorporating huge wigs and outrageous head decorations. These were somewhat toned down for the English market.

The three other plates are more complex. Each of these engravings has a title, to wit, The Mistaken Beauty, The Force of Flattery and The Enraged Coquette, signifying that they are allegorical in nature and that there is more going on in them than mere fashion illustration, although the clothes are clearly showcased. This narrative approach has created scenarios that make moral observations about the nature of vanity and render the plates even more intriguing.

Fashion plates remained popular until the 1920s, when the phrase ‘fashion plate’, meaning ‘a person who consistently wears the latest fashion’, was coined. Thereafter, fashion photography replaced fashion illustration as the standard in magazines.

This article was originally published in Fairhall, Issue 5, March 2012, pp 10.