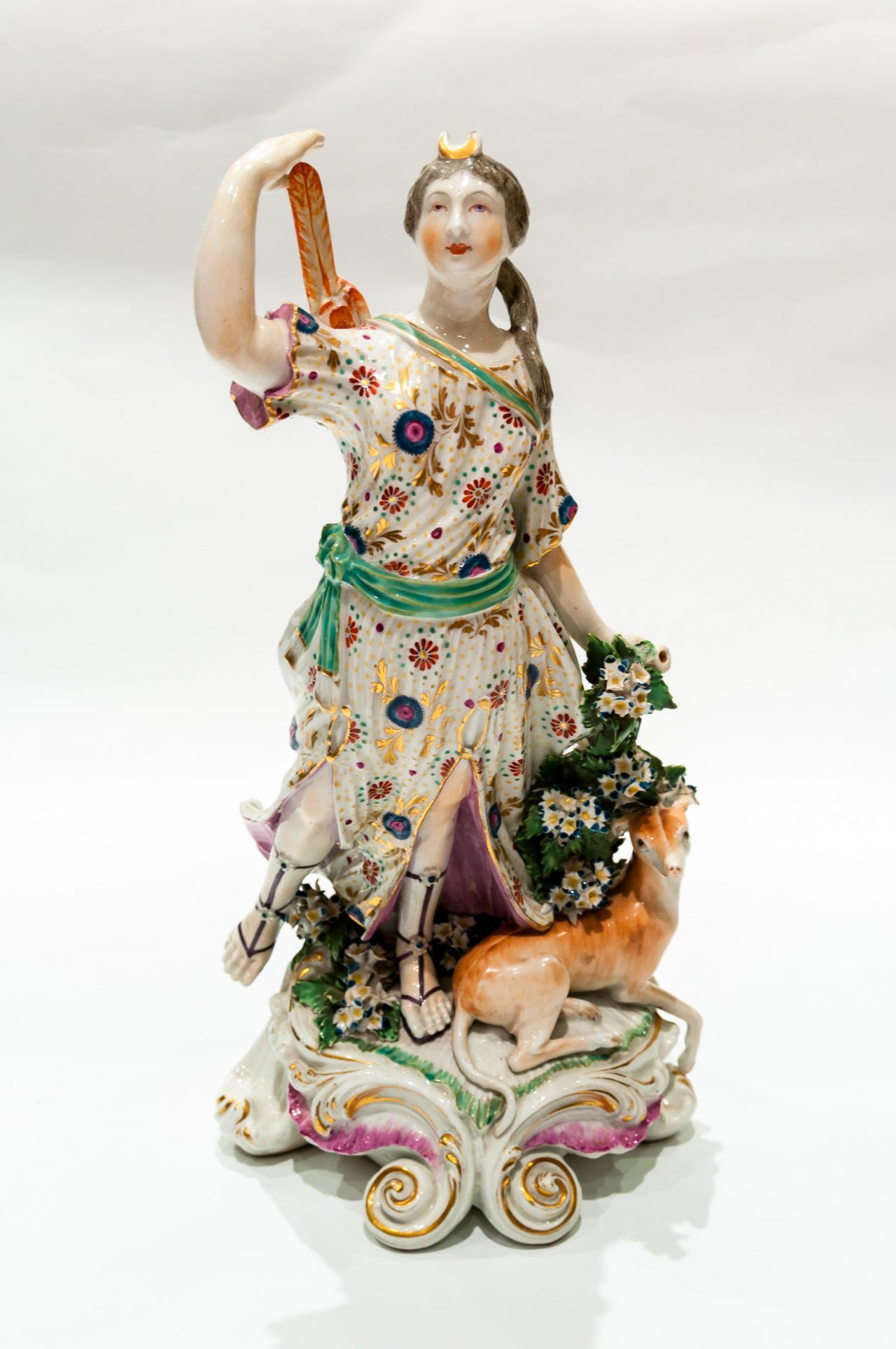 This Derby figure of the Goddess Diana in flowing robes was made at the height of the Rococo period. It reminded people of    their classical education and grand tours, so sets were made for the Dessert table.

Diana is the Goddess of Hunting and the Moon; thus, she is featured here with a moon in her headdress and her dog at her feet. She draws an arrow from a quiver on her back and is holding a bow in her left hand. The bow is missing and would have been made

of metal because a porcelain bow would have been too vulnerable.

Stories have been told about Diana since the Neolithic period.

In Roman mythology, Diana was the goddess of hunting and the moon. Her parents were the gods Jupiter and Latona. When she was nine days old, she helped deliver her twin brother, Apollo. At the age of three, she climbed onto her father’s knee and asked

for many gifts, the most important being perpetual virginity. Diana was independent, nature-loving, ruthless and swore never to marry.

Diana was worshipped as goddess of fertility and childbirth. She was protector and comforter mortal women, as she brought them the techniques of painless childbirth.

As mistress of the moon, she filled the night with brilliance, rode on clouds, mutable, cool and untouched.

As mistress of the woods, her name was drawn from the ‘holm-oak grove.’ The oak tree was sacred to her and Diana was often worshipped in oak forests. She lived outdoors, bathed in mountain streams with her nymph attendants, all untamed and free-of-heart like the animals they hunted.

As goddess of hunting and of wild and domestic animals, Diana held her own in the wilds of the earth. Diana was revered, so fierce and scornful of men that they were frequently sacrificed to her. Any man who breached her holy precinct risked heavy punishment - one interloper was turned into a stag and torn to pieces by his own hounds.

In Greek mythology her counterpart was Artemis.

This article was originally published in Fairhall, Issue 8, March 2013, pp 10.