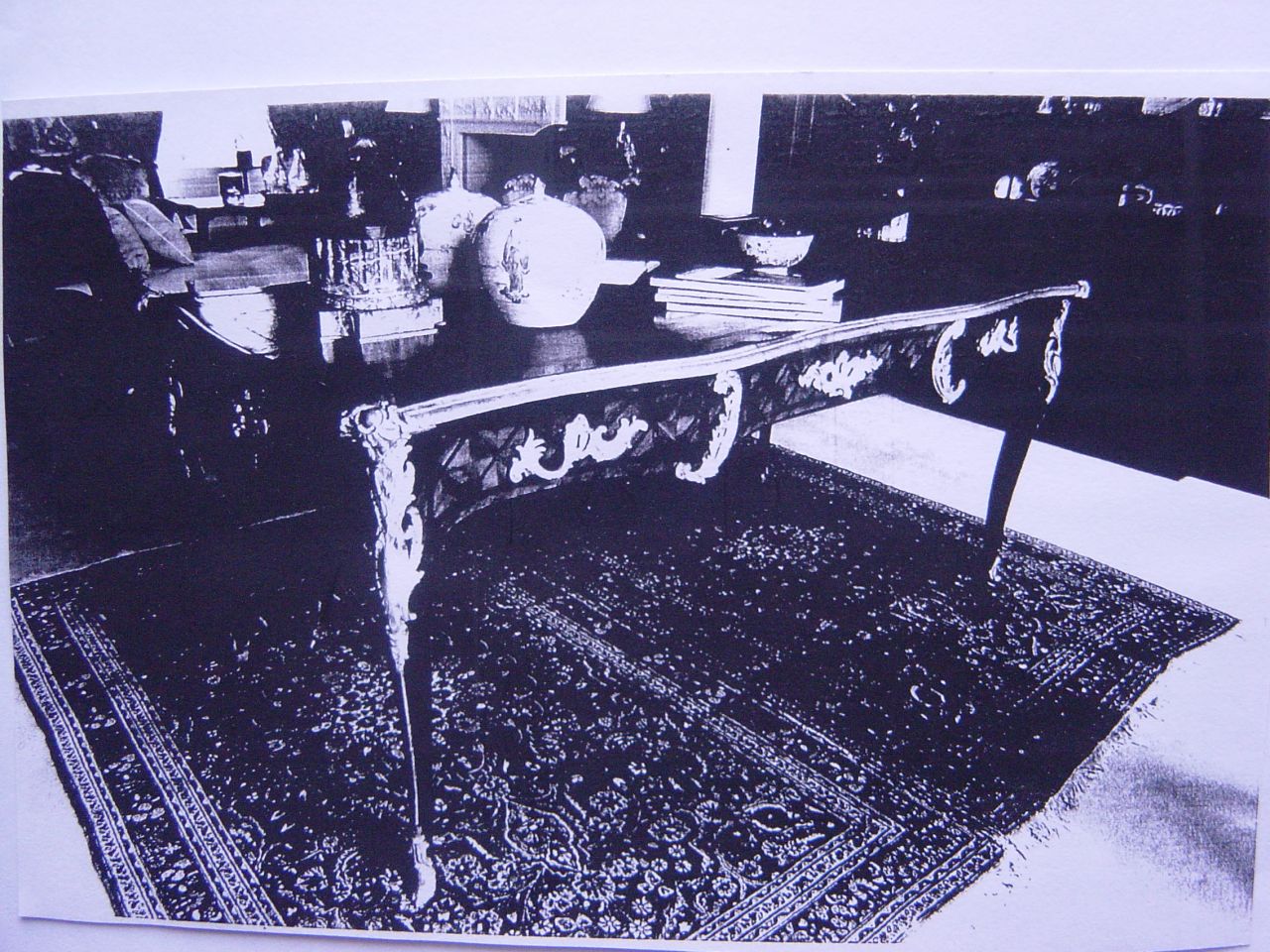 There is no argument about the origins of this piece. Made by Parisian ébéniste or cabinetmaker Jean-David Fortanier between 1745 and 1749, this bureau plat (flat desk) is constructed from kingwood, partridge wood and tulip wood veneered onto an oak and pine carcass, with a leather top and embellished with ormolu mounts at the feet, knees, corners and drawers.  Made during the reign of Louis XV, the curving lines of the desk top and drawers, the cabriole legs and asymmetrical foliate metalwork are typical of the Rococo, the dominant French style of the 18th century.

This desk is an example of the luxurious and even ostentatious trappings of the French aristocracy, which were destroyed or sold off and scattered during and after the French Revolution. The real mystery is how this desk found its way to Egypt, for it was in Cairo that Mr Johnston bought it, almost certainly from a dealer who was selling some of deposed King Farouk’s effects after his forced abdication in 1952. Certainly Mr Johnston told friends and customers that it was once part of King Farouk’s household furniture and that it was reputed to be the desk at which the king signed his abdication papers on Saturday 26 July 1952, before fleeing to Italy.