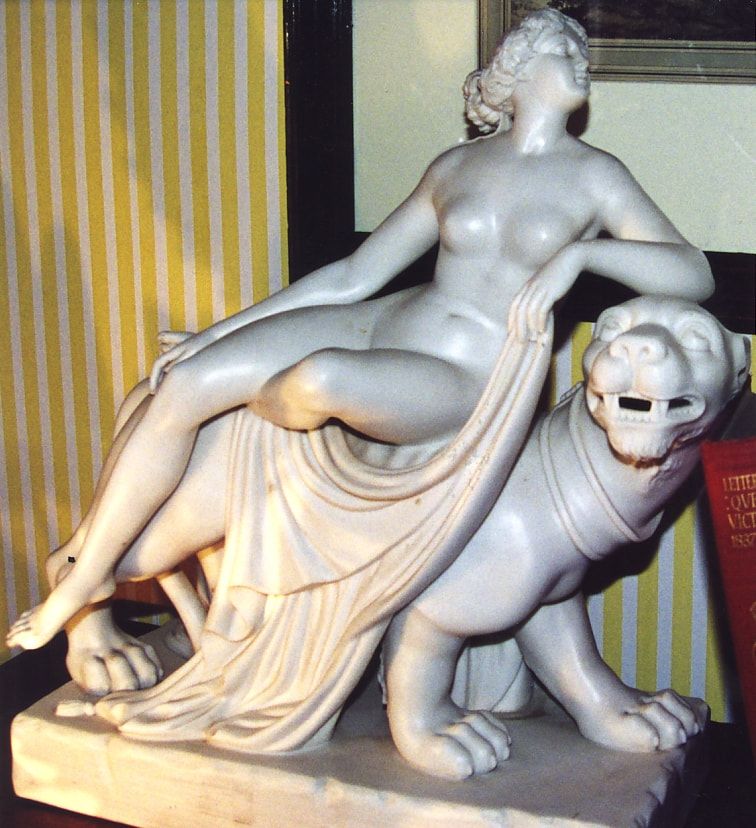 Ariadne was a Cretan goddess, a personification of the return of Spring when, it was believed, Ariadne’s marriage to Dionysus (Bacchus) took place. According to Homer, Ariadne was actually killed by Artemis, so that Dionysus married her after her death and she then joined him in the seasonal festivities. However, in most Greek stories Ariadne was the fair-haired daughter of Minos, King of Crete, who fell in love with the Athenian prince, Theseus. When he set out to slay the Minotaur, she helped him in his undertaking against her father by giving him a clue/ball of thread, by which he could find his way out of the Minotaur’s labyrinth. When he escaped from Crete he took her with him, but abandoned her on the island of Naxos, where she was found by Dionysus. Struck by her beauty, he consoled and married her.

Over time, the myth of the god Dionysus has changed in nature, from the god of wine and the spreader of the vine, to the god of the intoxicating effects and pleasures of wine and its associated festivals. The Dionysian myth became associated with the death of vegetation/the vine in winter, and its renewal in spring. It was believed that Dionysus’ life paralleled this cycle: he died or was slain and joined the deities in the underworld in winter, to be reborn like Ariadne in spring.

Dionysus travelled, trying to persuade men to adopt the vine and participate in his festivals. When the three daughters of King Minyas denied his divinity, he changed himself into a lion, a bull and a panther and so sometimes his body is shown half-covered by the skin of a panther, the nebris.

For the same reason, Ariadne in the decorative arts, is often shown accompanied by a panther.

after the original by Johann Heinrich von Dannacker (German, 1758-1841)