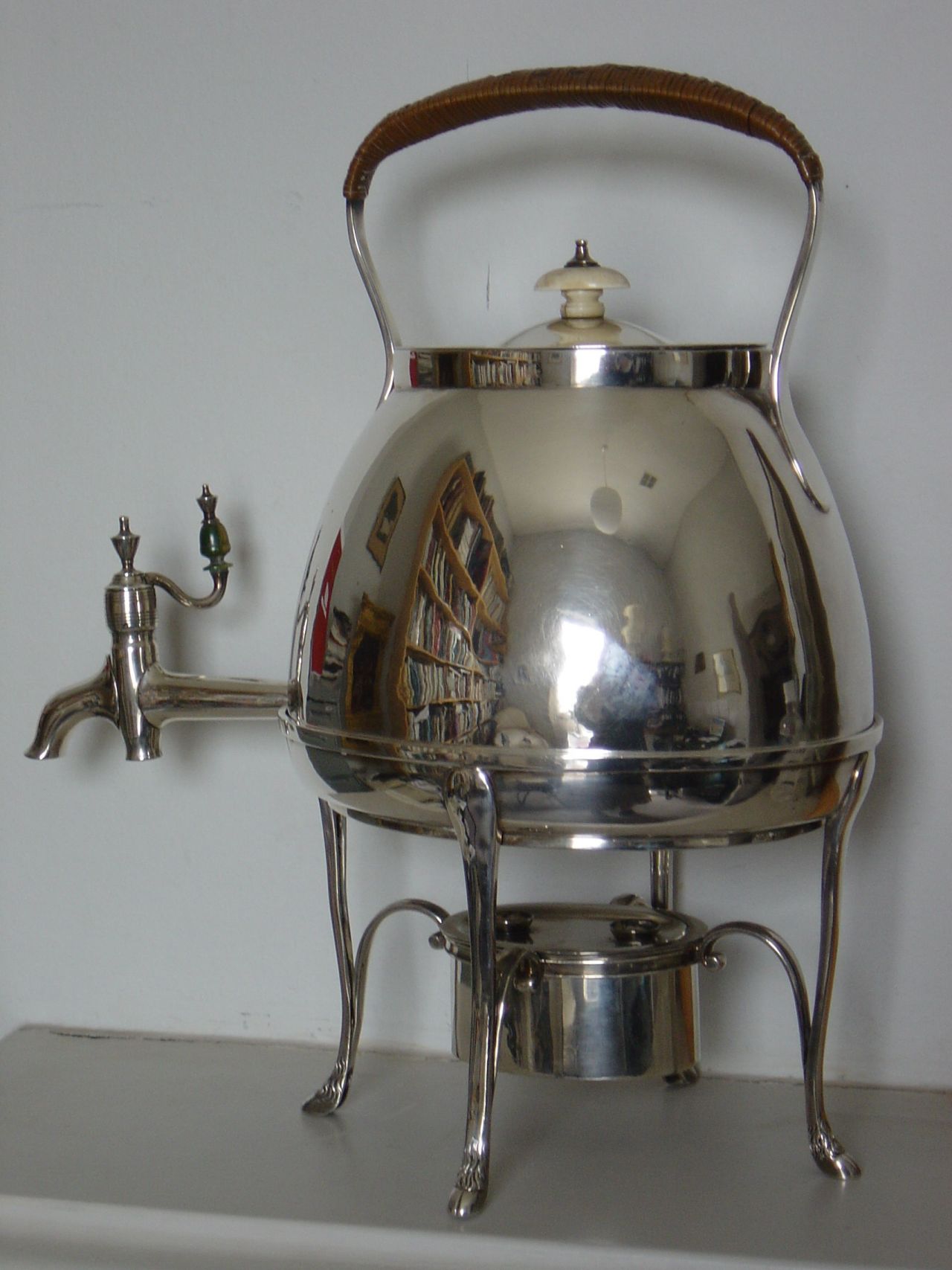 Since wealthy tea drinkers in stately homes refused to allow servants to brew tea, elegant tea kettles were required in the drawing room for the lady of the house to perform the tea ritual. The servants’ role was to fetch hot water from the kitchen, pour it into the ornate kettle which would then boil over the spirit burner or lighted wick. It was placed on a separate table to avoid accidents. She would pour this water into the tea pot to infuse the expensive green or black tea leaves. The servant then positioned small tables near the guests to place their tea cup and saucer on.

By 1750 as tea became cheaper and tea pots bigger, kettles became too large and difficult to lift and a new trend resulted in a fashion for the tea urn. It stood in the centre of the table and needed no lifting.

This kettle was made by John Schofield (sometimes spelt Schofield) who was an important English goldsmith and silversmith of the late 18th century. The kettle is in the neoclassical design with an elegant simplicity.

A hob shape kettle with a spigot that has a wooden revolving handle. It has a fixed handle that is covered with reeding, and a removable lid that has a bone handle with a silver finial. The lid is engraved with a crown and hoof motif and the kettle body itself has an engraving of a coat of arms. The kettle rests on a fitted oval stand that has four hoof feet that supports a central removable wick burner.