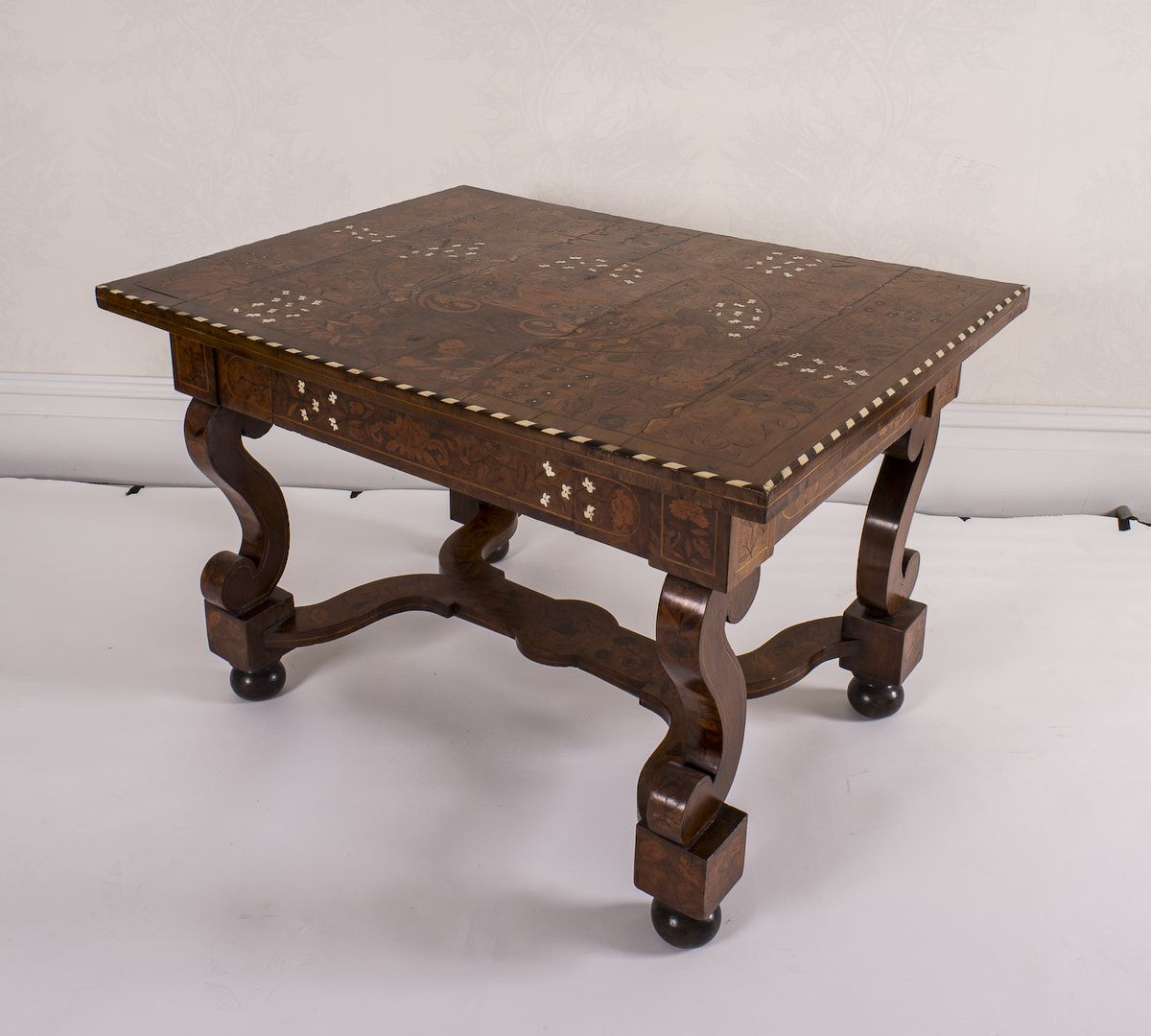 The William and Mary decorative style is the English translation of French Baroque, with a Dutch influence, that coincided with the reign of William of Orange and Mary (1689-1702), England’s first constitutional monarchs. They encouraged many artisans to follow them to England, notably Daniel Marot (1661–1752), who became the period’s most influential designer.

Like other interpretations of Baroque, this style is characterised by grand, massive but simple lines reflecting the sobriety of English tradition, but included a lightness inspired from the French influence. Smaller rooms demanded a more modest scale of furniture. Comfort became important too, as attested to by the upholstered needlepoint chair seats of the day.

The interior walls of the rooms had dark wood panelling relieved by rich tapestries or flocked wallpaper. Floors were of dark oak, tile or stone accented with oriental rugs.

Window treatments were heavy, to help retain warmth in the chilly English climate and were made from damask, tapestry or velvet. Colour schemes, though rich, were in relatively somber tones perhaps deep blue, crimson and green. The fireplace was a significant architectural feature in the room with a heavy carved stone over-mantel signalling its importance as a source of heat and light. Accessories included blue and white porcelain, Chinese porcelain or Delft / English Delft Chinoiserie that reflected the porcelain mania of the time.

Much of the furniture was embellished with delicate ornamentation such as marquetry, ivory and coloured wood inlay, a new form of ornamentation introduced into England. Using steel blades, the cabinetmaker could now cut the exotic wood very thinly, enabling fine intricate designs. Walnut superseded oak for basic furniture, with the inlay and veneer treated from the exotic woods found on the East - West trade routes.

This article was first published in fairhall, Issue 9, July 2013, pp15