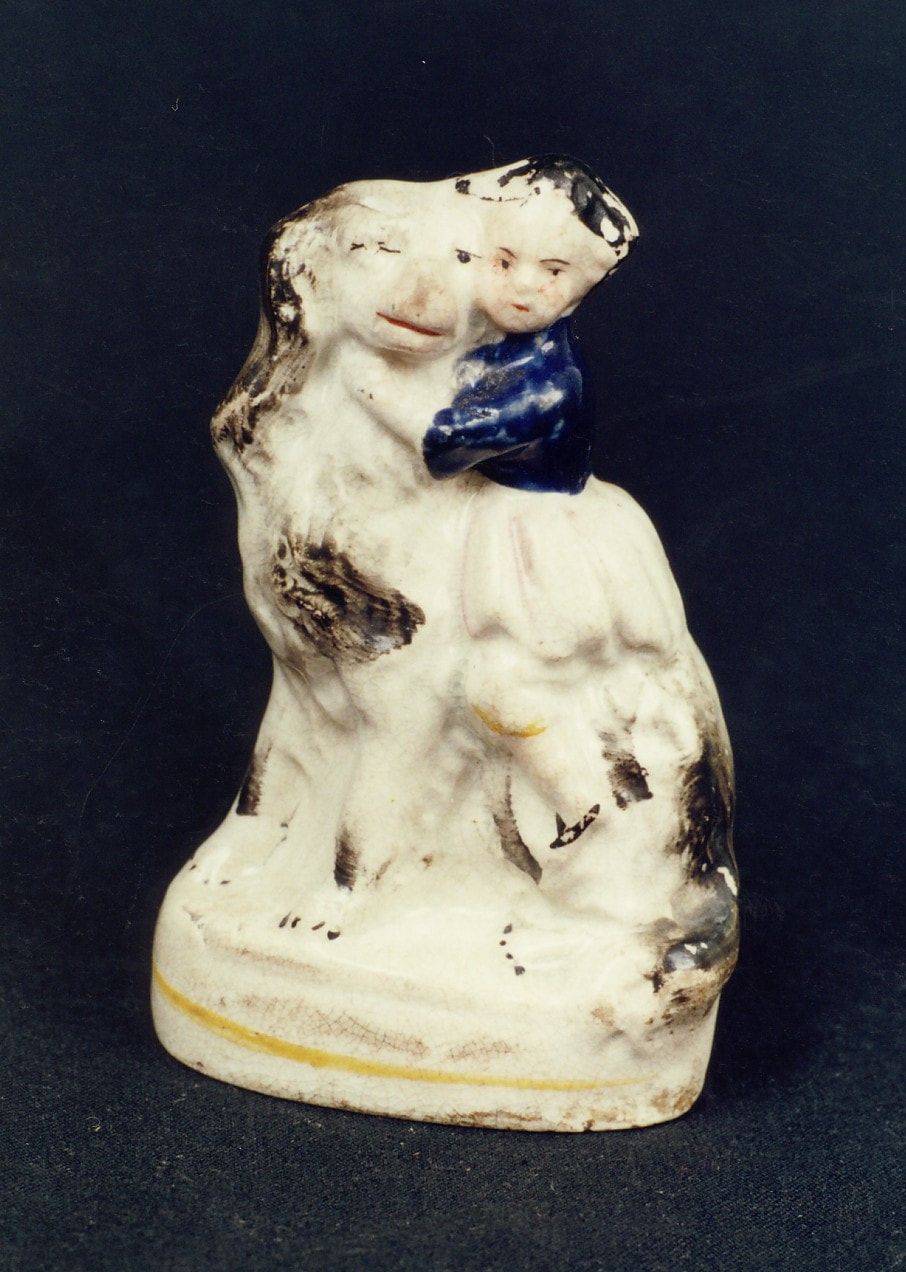 Dogs have always held a special place for the English and in the 19th century when these figures of dogs were made a number of breeds were popular, although not all as pets, as we tend to think of most dogs today.

A number of breeds were working dogs as well. Some were put to service in sport such as Greyhounds, Pointers and Spaniels, whilst others like the Newfoundland were guard dogs and the Dalmatian was used to accompany and guard carriages.

The popular breeds used as pets at this time were Italian Greyhounds, King Charles Spaniels and Poodles.

This Staffordshire figure has  a childhood theme which features a girl (probably a Royal child) lying on the back of a dog, stood on an oval base.