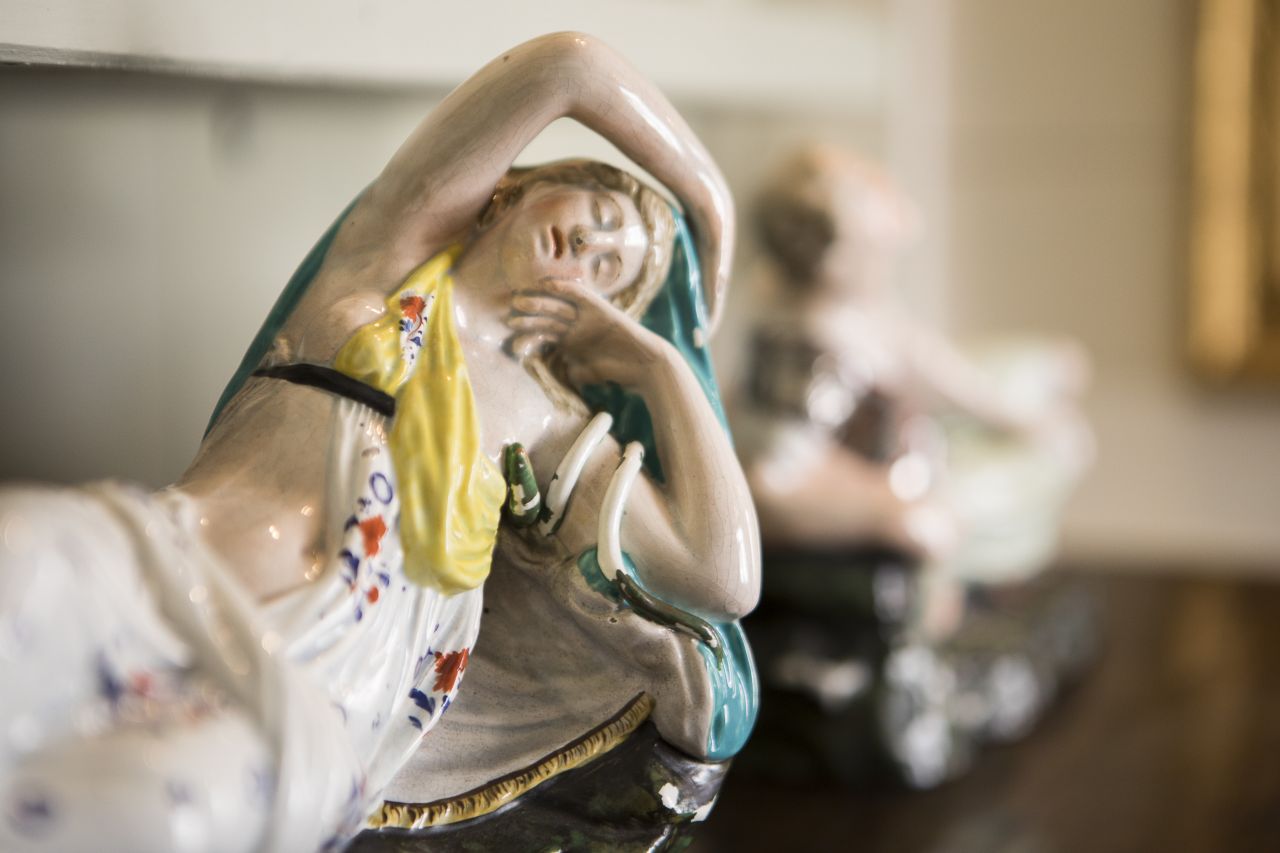 Fairhall exhibition-house is presented as an English Georgian period inspired domestic interior in a new installation at The Johnston Collection, on now until 30 May 2017.

In BEING MODERN | William Johnston: His Residence & Collection, the museum’s extraordinary collection of Georgian, Regency and Louis XV fine and decorative arts – regarded as one of the best collections of its kind in Australasia – has been rearranged throughout the rooms of Fairhall, providing visitors with an insight into how people lived and what was new in the 18th and early 19th centuries.
BEING MODERN is a restaging of the first exhibition held at The Johnston Collection, when the museum was first opened to the public in November 1990. Twenty-six years ago The Johnston Collection was Melbourne’s newest museum and nearly three decades and more than 100,000 visitors later the museum will celebrate this important cultural event by recreating the innovative arrangement of the museum’s foundation director, Judith Thompson and architect, Peter Lovell, now of Lovell Chen.

Using photographs, floor plans and layouts from the museum’s archives, Fairhall will be re-curated as a ‘modern’ iteration of an English Georgian inspired domestic interior, and will continue to explore one of the themes underpinning The Johnston Collection since its inception, that ‘old is new’.
The Johnston Collection, which comprises more than 1,300 objects, is the legacy of William Robert Johnston (1911 – 1986), an influential antique dealer who bequeathed his collection along with his residence Fairhall to the people of Victoria.

Items from this significant collection on display in BEING MODERN include many fine paintings such as the collection of Regency miniatures by the acclaimed 18th century miniaturist James Scouler; a superb portrait of Lady Montagu by the trailblazing female artist Mary Beale (1633–1699), regarded as the first professional female artist and one of the most important portrait painters of the 17th century; outstanding examples of period furniture including a Pembroke table, a George III breakfront bureaux and a Louis XVI style salon suite; and much more.

The pieces on display in BEING MODERN show the style and taste of the Georgian and Regency period, a period that saw a new interest in the arts, architecture and design. This
century saw some of the world’s greatest designers emerge, including Robert Adam, Thomas Chippendale, George Hepplewhite, and Josiah Wedgwood, and the birth of the cult of the designer. In much the same way that we recognise Frank Gehry, Tom Dixon or Jasper Conran today, these 18th and early 19th designers were household names whose work was sought after and often copied.

In exploring the designs and interior style of two centuries ago, BEING MODERN considers ideas around modernity and how every age thinks that it’s the modern age.

Louis Le Vaillant, Director and Curator of The Johnston Collection says “BEING MODERN is an opportunity to re-present an important historical exhibition to our visitors again. At the same time it is interesting to celebrate the artistic achievements of the English Georgian and Regency, the core period represented in our Collection, and to explore the objects, makers and patrons of a period that has been so influential on the way we live today”.

“The rooms in Fairhall sum up the ideal vision of the 18th century English interiors showing grace and luxury, colouring and light; the same qualities that we still look for in our interiors today” he says.

It was William Johnston’s intention that, Fairhall, be regularly rearranged. Past rearrangements have included those by fashion designer, Akira Isogawa, architect, Pascale Gomes-McNabb, fashion-house, Romance Was Born, artist Rosslynd Piggott, Artistic Director of The Australian Ballet, David McAllister, milliner and artist Richard Nylon and design studio Hecker Guthrie. This series of rearrangements of William Johnston’s collection in Fairhall provides visitors with an opportunity to continuously see the Collection through another person’s eyes and aesthetic.

BEING MODERN | William Johnston: His Residence & Collection brings the past into the present and celebrates the history and influence of the designs and interior style of the Georgian and Regency period.