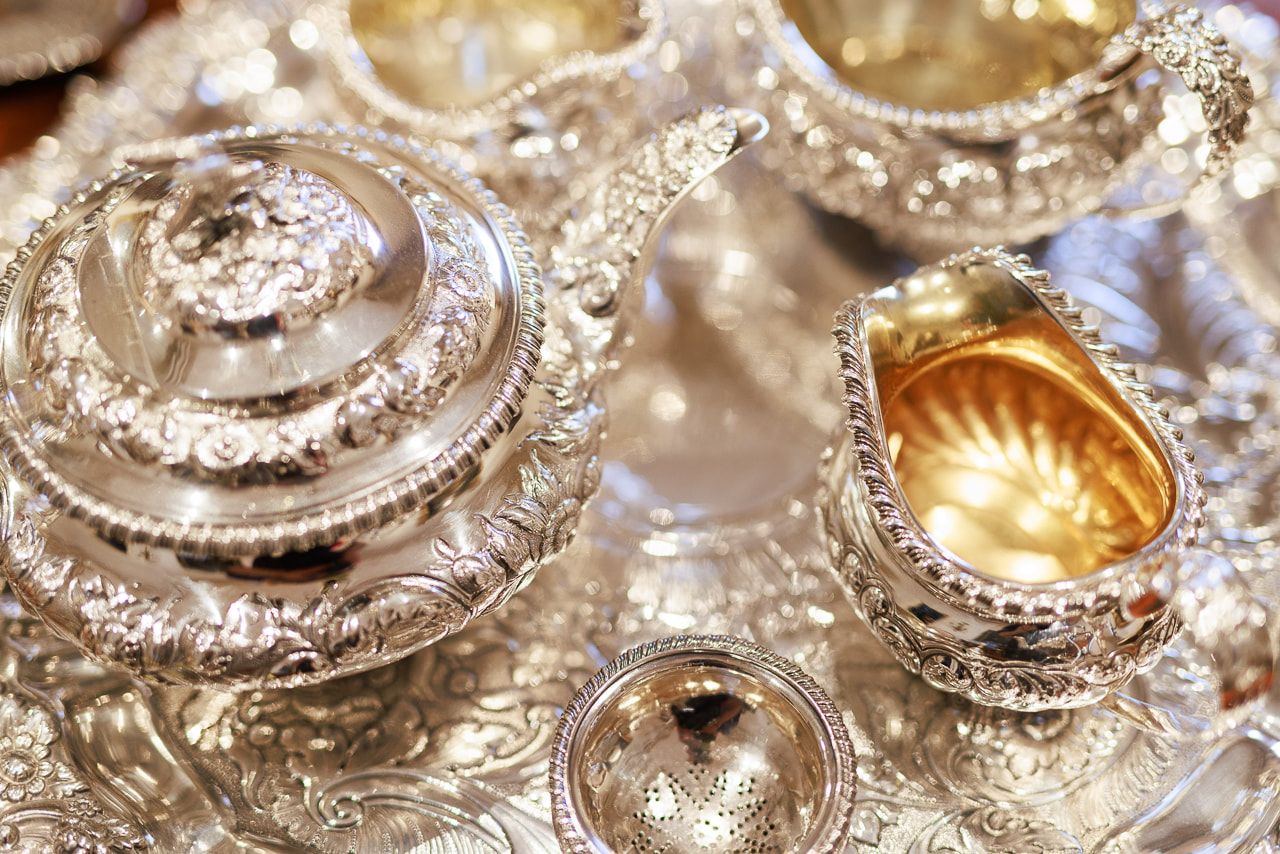 This impressive collection was amassed over a period of time, initially by the bequestor’s mother (Mrs. Betty Brookes (1900-1968), family gifts and bequests plus acquisitions by his father Sir Wilfred Deakin Brookes, CBE, DSO, AEA (1906-1997), and then added to in a deliberate and very focussed manner by Mr. Roger Brookes for over two decades.

This exhibition and accompanying publication are supported by a specified fund established from the Estate of Mr. Clive Hele (Roger) Brookes.

“Mr. Roger Brookes was collector and philanthropist, was an ardent supporter, an inaugural Ambassador and over time, came to consider that TJC could be the next home for his family’s collection.”

“One of the leading collections of silver in Australia.”

“Roger Brookes had a very strong commitment to community engagement and service. Throughout his life, he made significant contributions to Australian society in business, education and arts, many vital community services, and philanthropy. Roger’s Foundation will benefit the community for years to come”

“The collection inherited by his mother Betty and subsequent gifts from various members of the Heal family must have been an influence and encouragement to Roger’s future confidence in collecting and later (in the late 1950s) seems to have sparked an interest in his father to research and seek out pieces which would further enhance the collection.”

“The generous bequest of works by master Huguenot silver makers in England from the early to later 18th century by the late Roger Brookes provides us with an opportunity to glimpse a transformative period of English silvermaking. Through just a few select pieces of silver we witness how Huguenot artisans made their mark in their adopted homeland, applying their skills and artistic language to peculiarly English objects, and meeting consumer desire for new and high-quality domestic tea and dining wares in particular in an era of both spectacular and social change.”

“For the most part the story of silver making has been explored through the accomplishments of men. Roger Brookes elected to gently redress this imbalance, acquiring works by notable women silversmiths intending them for TJC … The quiet affirmative action of The Brookes Bequest has broadened the representation of women silversmiths within TJC, providing an opportunity to survey the contribution of women to the London silvermaking industry over the course of a century.”

2022 THE REAL DEAL | WILLIAM JOHNSTON: His Residence and Collection