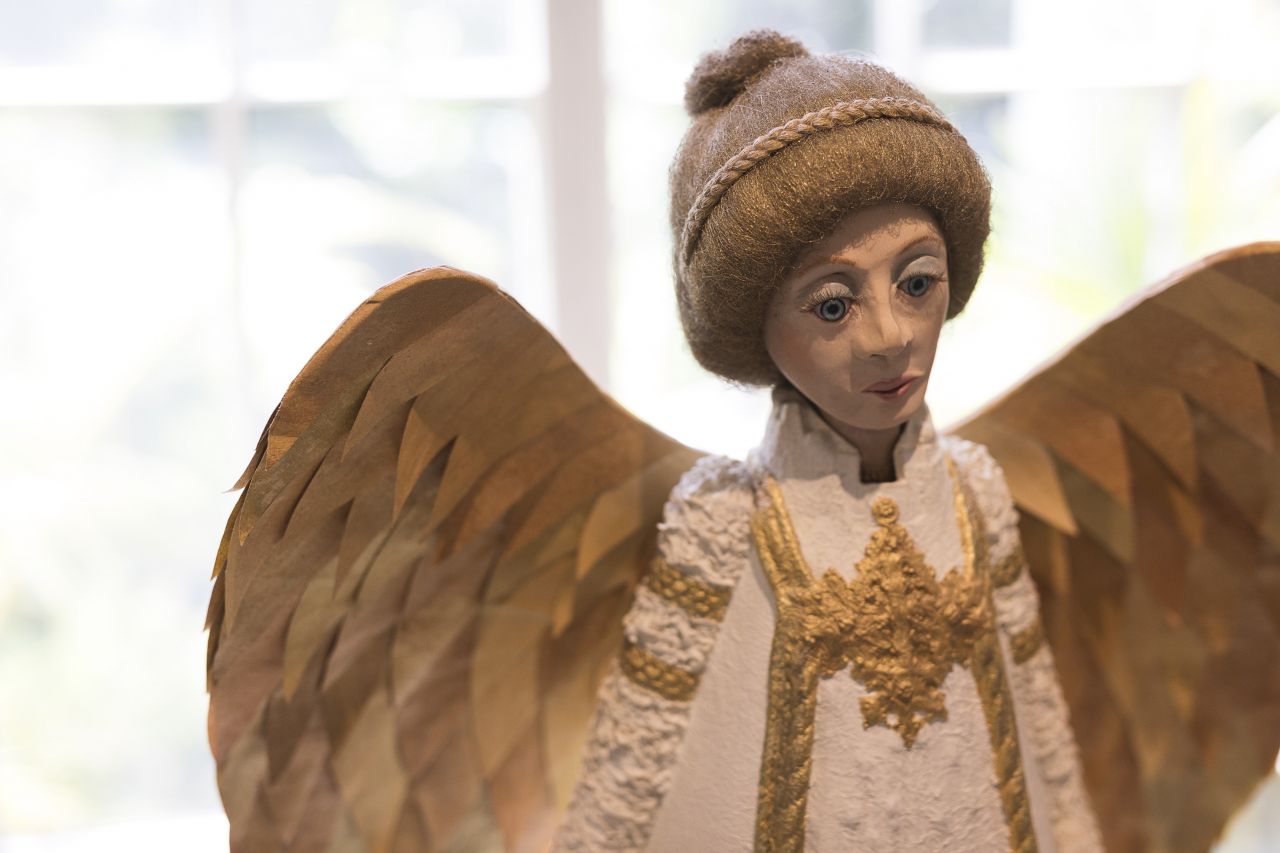 Join us as we continue to celebrate a magnificent history of making and collaboration between TJC and The Embroiderers Guild, Victoria.

A TOUCH OF CHRISTMAS will introduce you to a superb array of original works by members from among the 11 Branches and one Country Group of The Embroiderers Guild, Victoria.

This reimagined exhibition will celebrate some very impressive contributions from Guild embroiderers who have exhibited work from over fifteen years or so of Christmas exhibitions at TJC as well as drawing upon TJC’s own collection of pieces made especially for our annual ‘inspired by’ show.

A TOUCH OF CHRISTMAS is also ‘inspired by’ JUBILATION held between 1 December 2020 - 23 February 2021 that was co-curated by Alison Cole and Yvonne Walton to celebrate the 60th anniversary of The Embroiderers Guild, Victoria, which coincided with the 30th anniversary of the public opening of Fairhall.  The viewing of JUBILATION was curtailed by COVID-19 and we now offer a revitalised opportunity to return to see wonderful pieces that celebrate Christmas and the joy of making.

TJC encourages challenges to traditional making, thinking, and practice, through contemporary responses to the Collection, along with more traditional responses that reflect historical techniques, materials, and making.

Dorothy Morgan, TJC Exhibition Coordinator says that “It is wonderful to welcome back old friends, as well as to see some of the treasures of from TJCs archive of Christmas inspired embroideries.”

A TOUCH OF CHRISTMAS features over fifteen years of work by Victorian-based embroiderers made for our popular exhibition which began in 2003. In the first invitation to exhibit in 2003, Nina Stanton, then Director put a challenge to Guild members and asked them to decorate Fairhall as a home for Christmas.

What did we get? A truly spectacular seasonal delight for anyone interested in arts, crafts, antiques and holiday season decorating. That year embroiderers created decorations inspired by the collection and Fairhall, and created a truly elegant and unique Christmas display. "The results are even more wonderful than we had imagined," said Nina. "The hours each group has put into the work, and the types of decorations they have created make the holiday season very special."

Over that time hundreds, if not thousands, of Guild members have participated in making new works inspired by the Collection, bringing recognition and appreciation of extraordinary creativity found throughout the regions of Victoria.

By design, TJC’s annual exhibition is based on our benefactor, William Johnston’s own craft‐related skills, in which he was encouraged to make things at an early age. Johnston, the son of a bootmaker, was a competent knitter, and was taught basic sewing and tailoring skills, as well as upholstery, all of which led him into an early career in soft furnishings.

Inspired by the Collection, a gift from William Johnston to the people of Victoria, our annual Summer exhibition responds to traditional ways of making through makers’ thinking and practices.

A TOUCH OF CHRISTMAS offers an ‘inspired’ display in Fairhall and celebrates and delights in over 60 magnificent years of remarkable making by members of The Embroiderers Guild, Victoria.

This Fairhall exhibition is generously supported by The Friends of TJC and The Embroiderers Guild, Victoria.

THE REAL DEAL | WILLIAM JOHNSTON: His Residence and Collection