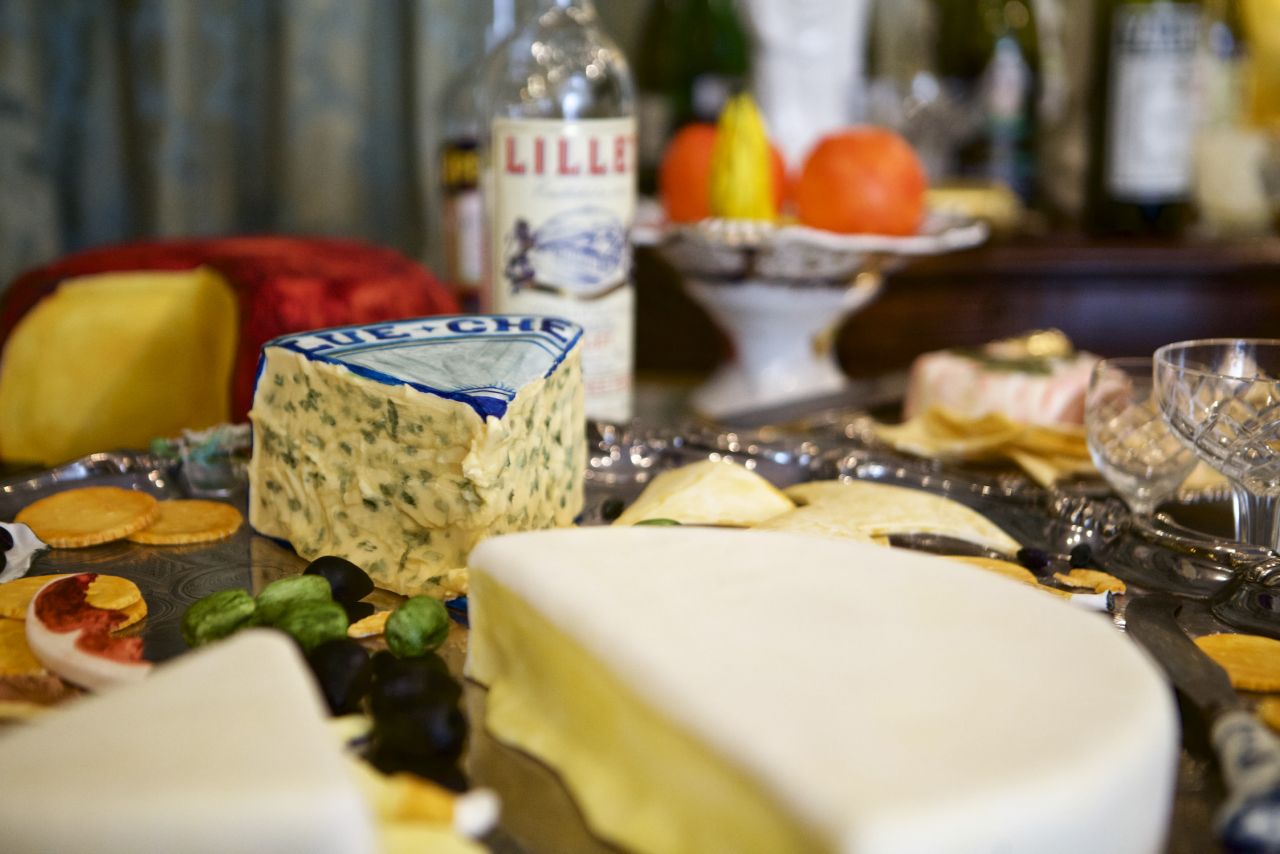 New works commissioned from some of Melbourne’s best contemporary makers are presented in ‘RETURN TO THE CITY’ | Christmas at The Johnston Collection 2016 in Fairhall exhibition-house until 31 January 2017.

RETURN TO THE CITY includes:
 an installation from artists collective Hotham Street Ladies renowned for their subversive baking and who famously turned the foyer of the NGV into an icing-coated share house for the Melbourne Now exhibition. For RETURN TO THE CITY, the Hotham Street Ladies have transformed the Green Room into ‘a night after’ scene from an imaginary party hosted by William Johnston on his return to Melbourne from Swinging London in the 1960s. This royal icing installation is based on the wreckage and debris left by the departing guests after a night of debauchery.

 textile artist ChiliPhilly who has been featured in the Huffington Post, the BBC and Buzzfeed, has created an installation featuring crochet hats and a crochet portrait of William Johnston and his friend Ahmed, in the Blue Room.

 in the Bedroom, artist Louise Saxton, who creates stunning pieces from reclaimed needlework, along with the whimsical sculptural paper works of artist Sai-Wai Foo, are featured in the Bedroom.

 architectural illustrator Lewis Brownlie, has made his mark in the Study with his distinctive intricate line-work, this time in wire.

 The GLAD Rappers have turned up and yarn bombed the Yellow Room.

 artist Amanda Dziedzic is showing her exquisite glass vegetables in the Kitchen.

RETURN TO THE CITY | Christmas at The Johnston Collection 2016 features the work of Melbourne-based makers for the first time in over a decade. This popular series which commenced in 2004, commissions makers from a different region in Victoria each year to create new works drawn from aspects of the Collection or relating to the life of William Robert Johnston (1911-1986).

The commissioned work is displayed against the back-drop of William Johnston’s extraordinary collection of Regency, Georgian and Louis XV furniture, paintings, ceramics and objet d’art arranged in a domestic setting. William Johnston (1911 – 1986) was a prominent 20th century antique dealer and collector who bequeathed his former residence, Fairhall, and collection to the people of Victoria.
Since it first opened to the public in 1990, The Johnston Collection has commissioned and exhibited contemporary art and design in dialogue with its historic collection.

RETURN TO THE CITY will bring together the work of Melbourne’s contemporary makers in one magnificent show.