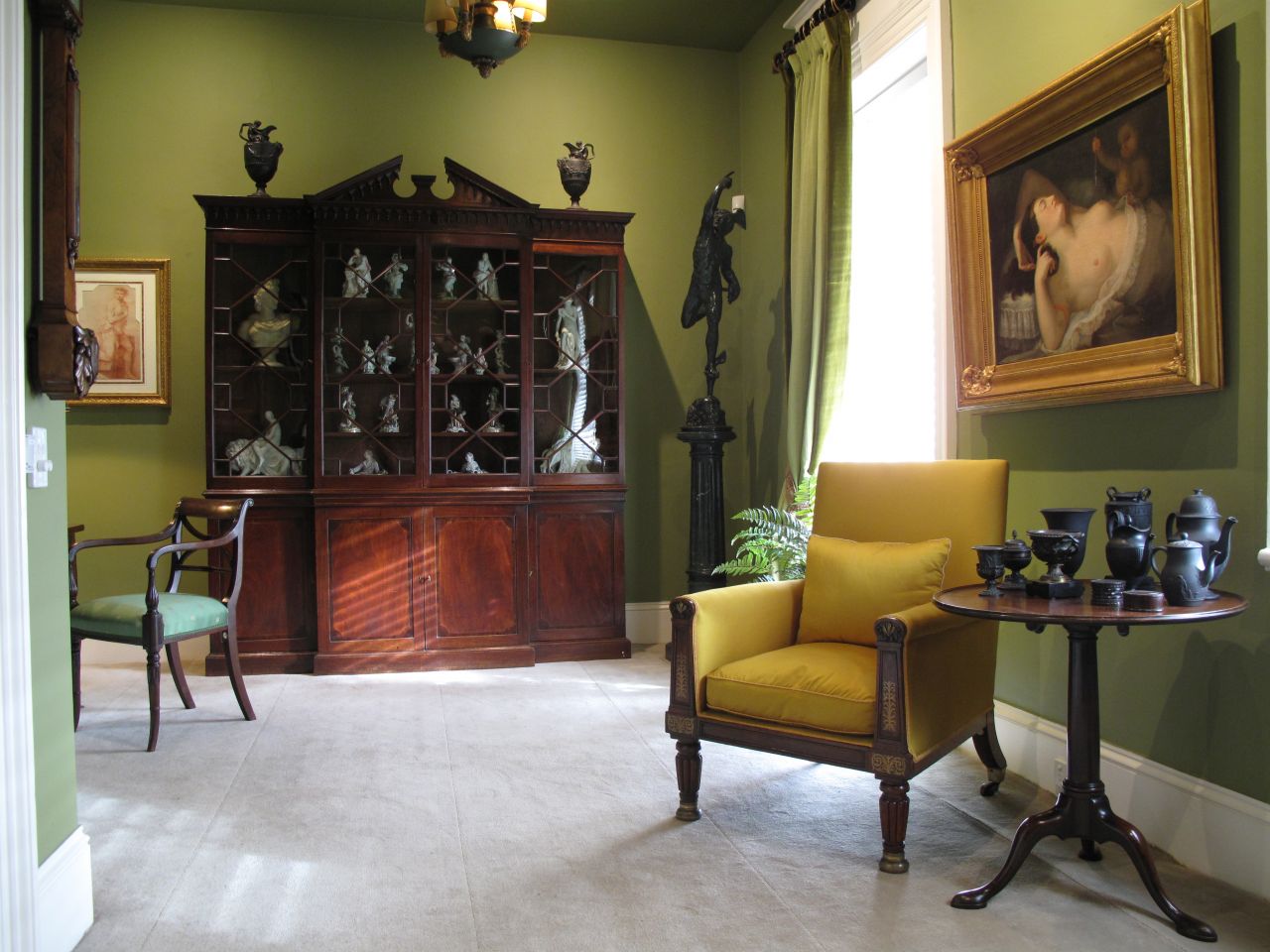 Fashion designer Akira Isogawa has been invited to give his response to William Johnston’s spectacular collection in Akira Isogawa Meets Mr Johnston opening on 5 July (with daily guided tours until 20 October, 2010). This exhibition will give visitors to the House Museum the opportunity to see the Collection through another person's eyes and aesthetic.

It was William Johnston's wish that the House Museum be constantly rearranged and so each year one or two individuals with a background in design, art, fashion or antiques have been invited to rearrange Fairhall.

As a fashion designer, Akira is interested in ideas about how we present ourselves. In his proposal for the redressing of Fairhall, Akira has said that his rearrangement of the Collection will revolve around two major themes. He will explore the public or business life of William Johnston on the ground floor and his private world on the first floor. He is thinking about Mr Johnston as an obsessive collector with a need to amass and possess objects and how he presented these to his clients, friends and intimates.

The ground floor will be devoted to ideas of vanity and reflection (with a room of mirrors and portrait miniatures), of portraits and portrayals (hanging two rooms with our male and female portraits respectively). On the first floor, Akira will recreate a more private world with the themes of each of the rooms based on travel, desire, dreams and escape. It will be a stunning and elegant interpretation of Mr Johnston's life.

The Johnston Collection House Museum in East Melbourne was bequeathed to the people of Victoria in 1986 by William Johnston (1911-1986), an antique dealer and collector. During his lifetime, William Johnston amassed an astonishing collection of Georgian, Regency and Louis XV furniture, paintings, ceramics and objet d'art which are displayed in a constantly changing domestic setting (unfettered by ropes or barriers) in his former residence, Fairhall.

Akira Isogawa Meets Mr Johnston opens to the public on 5 July 2010 and continues until 20 October 2010.