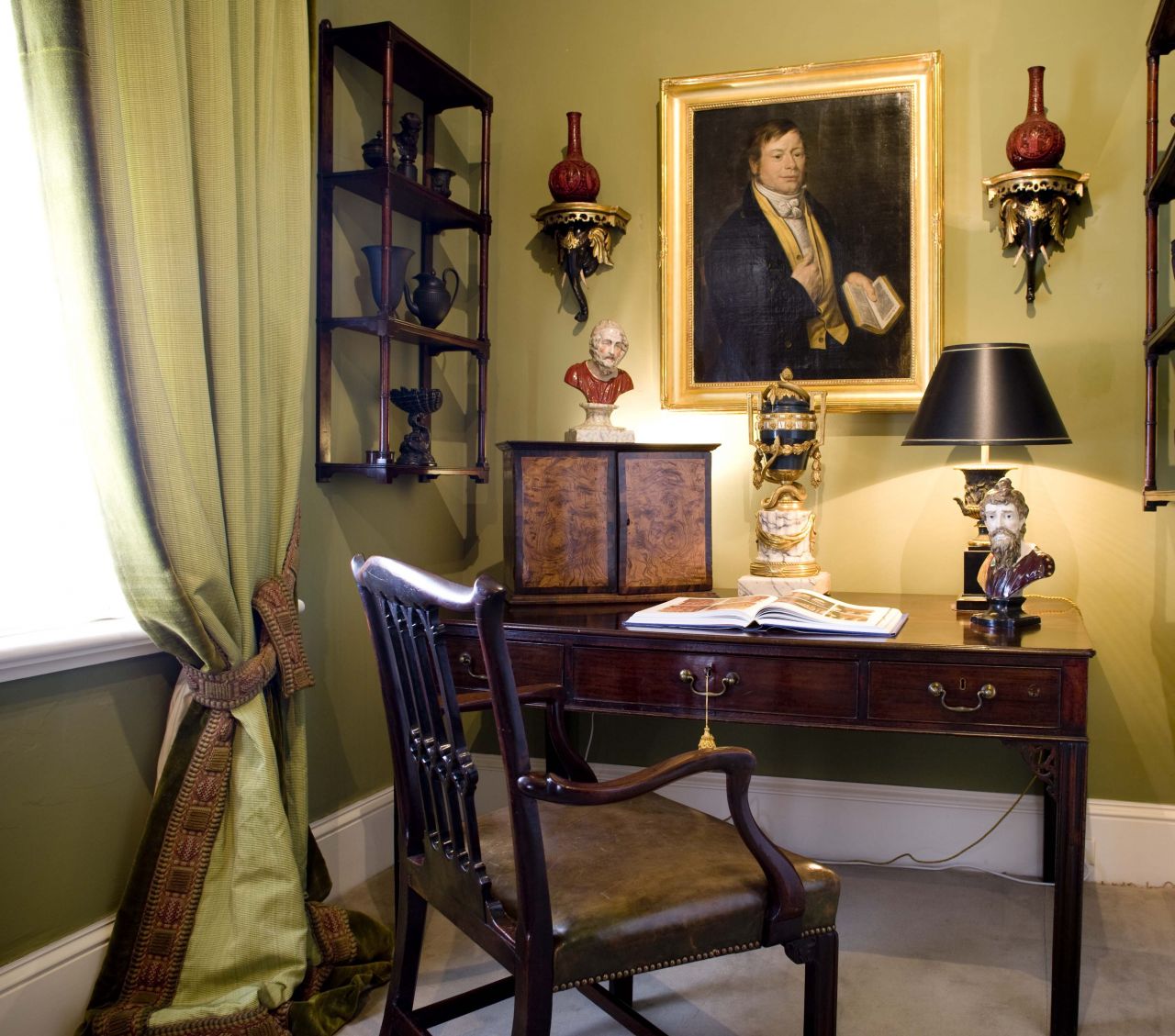 This is the first time a professional designer has re-arranged the house and the results are stunning.
A major philosophy underpinning Robert’s design strategy was to make the house more masculine and in doing so he forces the attention of visitors on the objects themselves.

Robert Thomson has exquisitely brought together pieces from different styles and periods. He has obviously had pleasure playing with colour. Whilst Robert Thomson has brought furniture out of The Johnston Collection’s storehouse of treasures, some of which has not been used before, many of the old favourites are there , it is Robert’s masterful arrangement that makes them look so very different.

In the Study, brilliantly polished silver makes its presence boldly felt in the bureau bookcase, once the property of Sir Keith Murdoch, whilst an ocelot throw over the end of a Regency sofa brings a sensual feel to a room. On an 18th century Chippendale Chinoiserie mahogany desk, Staffordshire busts of Plato and Socrates eye the visitor thoughtfully, whilst the gentleman in the painting above reads Voltaire.

But it is the Yellow Room that will surprise the visitor most. A Louis XV Bureau Plat, an extremely important Rococo piece of furniture and by far the most important antique in the Collection, sits unperturbed by the companionship of a 20th century marble topped table and appears more than comfortable to hold court in the presence of a 19th century Louis XVI style suite, originally from Government House in Calcutta. This is the fun of Robert Thomson’s arrangement – the surprising way he has played pieces off against each other.

The Johnston Collection is open to the public Monday to Friday with three tours daily. Bookings are essential. The response from the first group of visitors to go through the house today was ‘It’s stunning and I got so many ideas for my own home.’