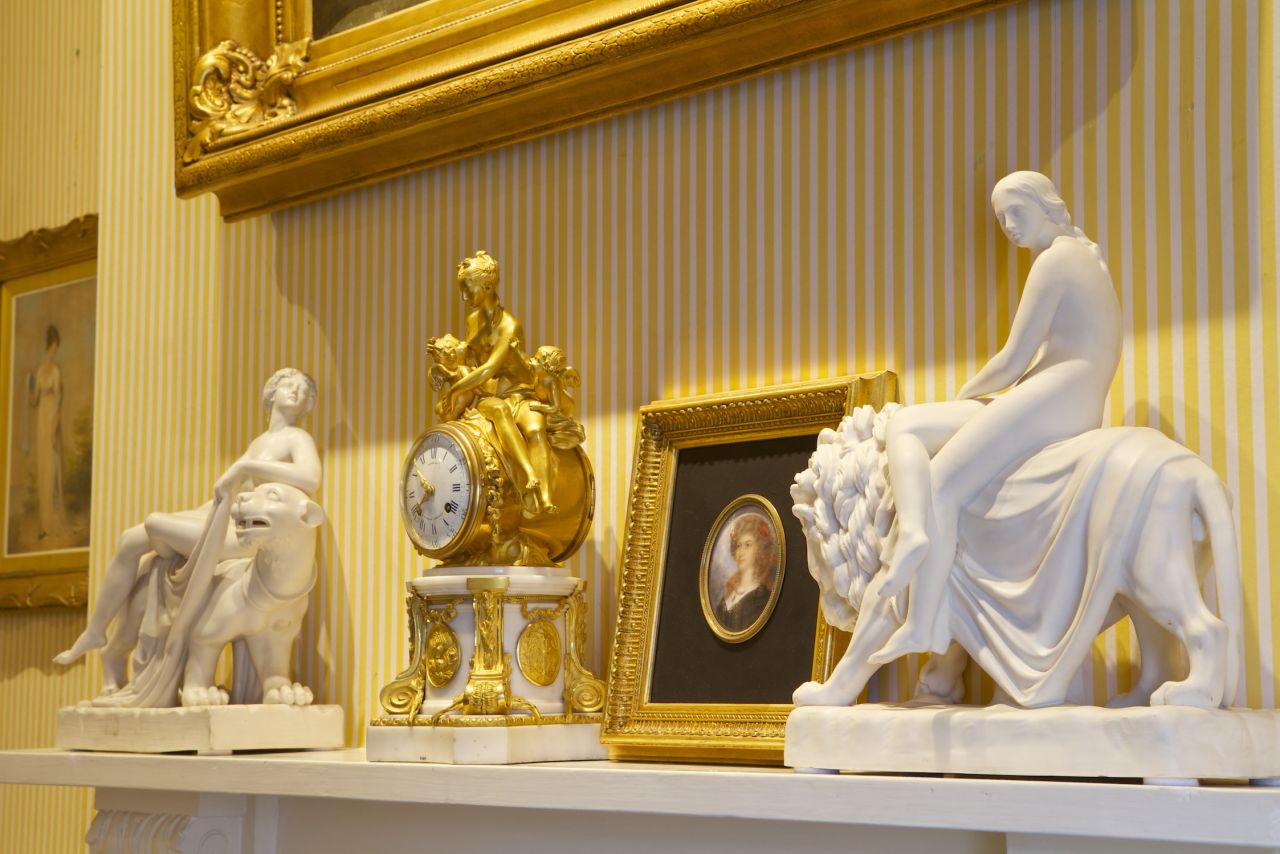 2014 AN ENGLISHMAN ABROAD | At home in British India

An installation by guest-curator, James Broadbent, as part of the annual ‘house of ideas’ house-museum tour

This winter, The Johnston Collection house-museum, Fairhall, will be recreated as a British-style interior found in India in the 1830s. Presented as part of our continuing ‘house of ideas’ series, AN ENGLISHMAN ABROAD: At Home in British India, explores the fascinating world of the British Raj, and will provide visitors with an insight into what it was like to live as an Englishman in India at the time of British colonial rule.

Fairhall will be used in this unique house-museum tour as an evocative background in which to consider the British response to things Indian, the domestic interior and the factors which shaped its appearance, and offer insights into the relationships between European, Indian and Chinese craftsmen.

AN ENGLISHMAN ABROAD: At Home in British India, will focus on the early 19th century British-Indian items in The Johnston Collection, along with other elements of British-Indian culture and society during this period. Using Fairhall as a space to convey the stories of colonial British-India, Dr Broadbent will create themes for each of the rooms and then reinforce and elaborate on these with the careful selection and rearrangement of pieces from the Collection. The Blue Room for example, will be conceived as ‘Johnston’s Calcutta’ showcasing objects from the Collection representing imperial Indian Raj style.

The Collection’s magnificent ‘salon suite’, which came from Government House in Kolkata (Calcutta) and was used by celebrated English photographer Cecil Beaton CBE in his portrait of Lady (Maie) Casey as Vicereine of Bengal, will be displayed alongside other examples of imperial Indian style.

The Green Room will be transformed into a ‘night after’ scene following an indulgent and rowdy dinner party in colonial India, informed by a popular painting of the period A Day’s Pleasure by English artist Charles D’Oyly. In contrast, the White Room will be used as a more conventional exhibition space, where The Johnston Collection’s rare and valuable Indian company paintings will be put out for display.

AN ENGLISHMAN ABROAD: At Home in British India will be curated by James Broadbent, a well-known historian of domestic interiors, built heritage conservator and author, with a special interest in colonial houses, their furnishings, gardens and the people that built and lived in them. Dr Broadbent has worked extensively on the properties cared for by the Historic Houses Trust in NSW (now known as the Sydney Living Museums) and he is the author of several publications including India, China, Australia: Trade and Society 1788-1850 (2003) and The Australian Colonial House: Architecture and Society in New South Wales 1788-1842 (1997).

The ‘house of ideas’ series of rearrangements, (July to October) selects creative individuals from the contemporary arts community, inviting them to use Fairhall as an installation site to recreate and reinterpret the Collection. The Johnston Collection is delighted to have James Broadbent to continue this exciting series.

AN ENGLISHMAN ABROAD: At Home in British India house-museum tour brings the world of the British Raj to life in a house-museum setting and at the same time, provides an opportunity for visitors to view William Johnston’s collection through the visual imagination and expert knowledge of one of Australia’s most highly regarded historians and conservationists.

About Dr James Broadbent AM

Dr Broadbent is a well known historian, conservationist and author, with his main area of study being the history of colonial houses in New South Wales, their furnishings, gardens and the society that built and lived in them.

He has had a long association with the properties cared for by the Historic Houses Trust (now known as the Sydney Living Museums) and began this relationship in a curatorial role at Elizabeth Bay House in the late 1970s. He has advised on the conservation and restoration of many significant Australian houses and gardens, including Elizabeth Farm, Vaucluse House, Rouse Hill House and Farm, Government
House and the recent restoration of the garden at Raheen, the residence of Jeanne and the late Richard Pratt.

As the Senior Curatorial Advisor at HHT, 1991-2003, he has written numerous journal articles and book chapters and his publications, often complementing HHT exhibitions of the same theme and title, include: India, China, Australia: Trade and Society 1788-1850 (2003) and The Australian Colonial House: Architecture and Society in New South Wales 1788-1842 (1997), as well as co-authoring: Francis Greenway, Architect (1997); The Age of Macquarie (1992) and Gothick Taste in the Colony of New South Wales (1980).

Dr Broadbent lives at The Cottage, Mulgoa (c.1810), an important early bungalow, which he has saved from dereliction.