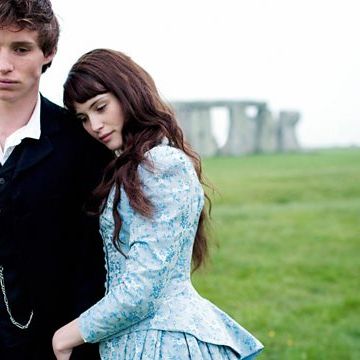 Thomas Hardy trained as an architect, wrote novels for money, but his greatest love was poetry. His life was long and controversial, with two marriages, novels that shocked the public, and an amazing range of poems. In his work Hardy captured a pastoral life that had all but vanished in industrial England, recreated in the county of Wessex.

Hear the story of Thomas Hardy's rise from poverty to fame, his controversial funeral, enjoy some dramatic readings from the novel and his poems, and discover the power and brilliance of his most beloved novel Tess of the D’Urbervilles. Hardy was a writer who hoped for change and he fought against the strict morality of his day. Susannah discusses how her thoughts on his depiction of women, and commentary on gender politics in Tess of the D’Urbervilles.

SUSANNAH FULLERTON has been the President of The Jane Austen Society of Australia for more than twenty years. She has written several books about Jane Austen and has lectured about her favourite novelist around Australia and overseas. She received an OAM for services to literature and is a Fellow of the Royal Society of NSW. Susannah is also the Patron of the Kipling Society of Australia. She leads literary tours to the UK, Europe, NZ and the USA, and she sends out a popular and free monthly blog, ‘Notes from a Book Addict’ which you can sign up for on her website. Susannah is Sydney’s most popular literary lecturer and she offers a wide range of talks about famous writers and their works.

Image Credits: still from Tess of the D'Urbervilles, BBC (2008)