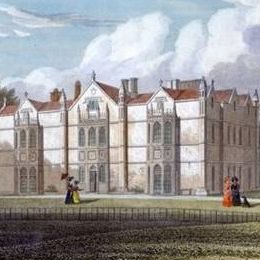 2014 marks the two hundredth anniversary of the publication of Mansfield Park, the most ambitious, most challenging and controversial of Jane Austen's novels. In this talk John will discuss some of those controversies and suggest a new way of understanding the character of its unusual heroine, Fanny Price.

JOHN WILTSHIRE is Adjunct Professor at La Trobe University. He is the author of four books about Jane Austen, and has edited Mansfield Park for the authoritative Cambridge edition. His most recent publications are The Cinematic Jane Austen (2009) and The Making of Dr Johnson (2009). Hidden Jane Austen was published in May 2014.

after John Preston Neale (1780–1847), engraved by T Barber, published by Jones & Co., from Views of the Seats of Noblemen and Gentlemen in England, Wales, Scotland and Ireland, ‘ADLESTROP, Gloucestershire’, London, 1831