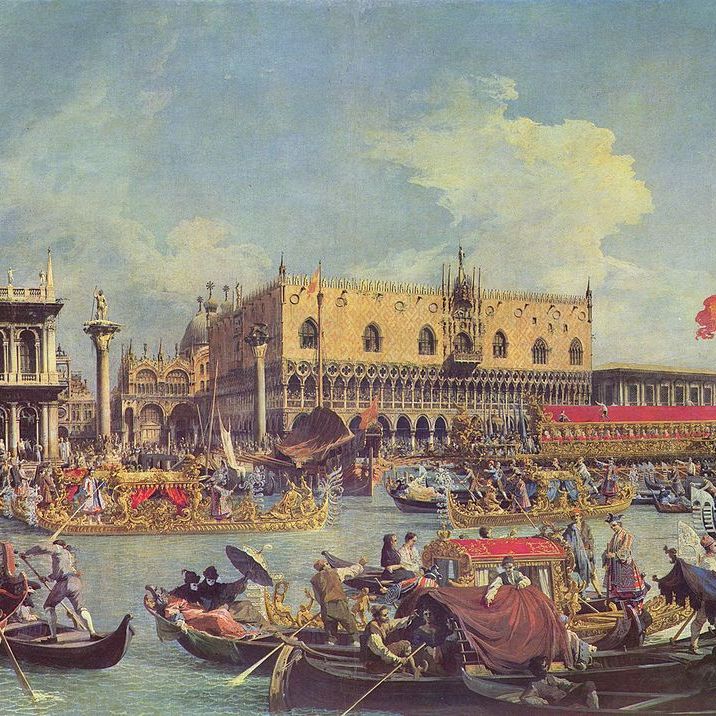 GREAT COLLECTIONS OF VENICE & ROME | 3: THE CA REZZONICO COLLECTION IN VENICE | The last glory days of the Serenissima with Sylvia Sagona

The Ca Rezzonico on the Grand Canal, dedicated to exploring 18th century Venice, is one of the lesser known museums of the city offering a glimpse behind the scenes of life in Venice's great days. The chequered history of the Ca Rezzonico, passing from hand to hand as families grew wealthy then fell from power, is a micro history of Venice itself.

The Rezzonico bought their way into the aristocracy and commissioned Tiepolo and Guarana to create ceiling frescos and trompe l'oeil decorations for their magnificent reception rooms and chapel.

By the 19th century the palazzo was home to Robert Browning and Singer Sargent before an eccentric Count went bankrupt adding to the lush furnishings and art collection. It now houses entire rooms salvaged from distressed Venetian palazzi that have crumbled beyond repair.